Accessibility links
Stressed-Out Narwhals Don't Know Whether To Freeze Or Flee, Scientists Find : The Two-Way After being caught in a net, narwhals appear to get confused about what to do. Researchers say the whales' befuddlement could provide clues about how they will adapt to a changing Arctic. 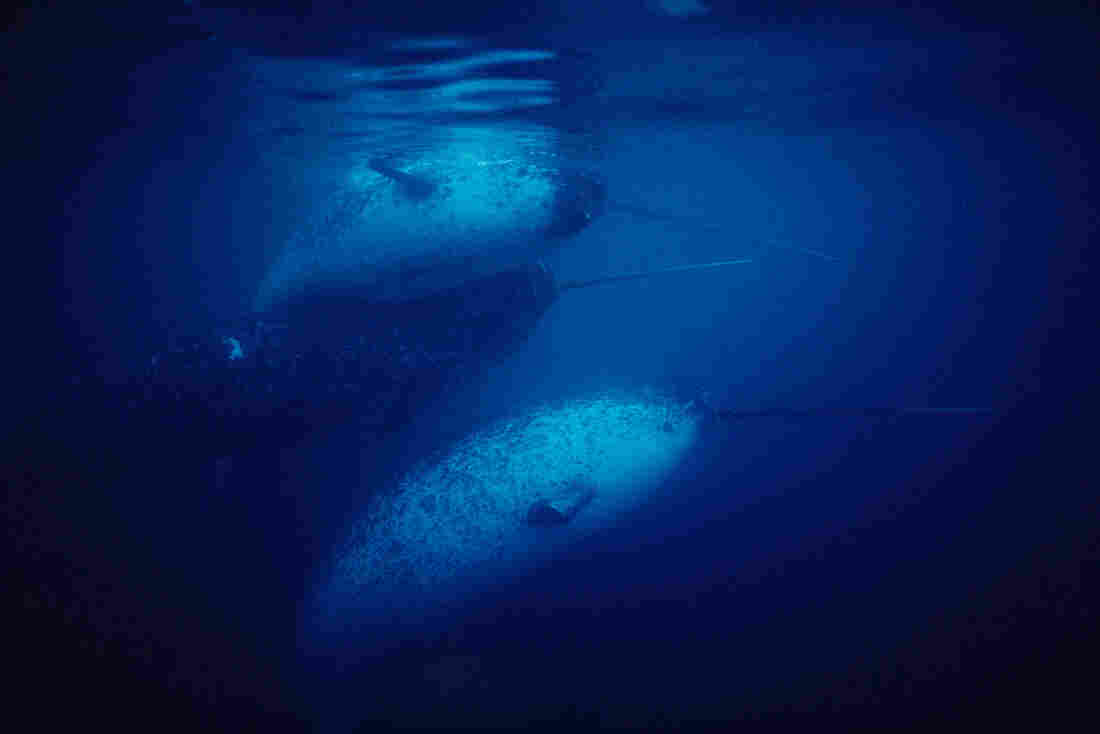 Researchers found that when narwhals like these were released from a net, the animals' heart rates dropped even as they were swimming rapidly. Flip Nicklin/ Minden Pictures/Getty Images hide caption 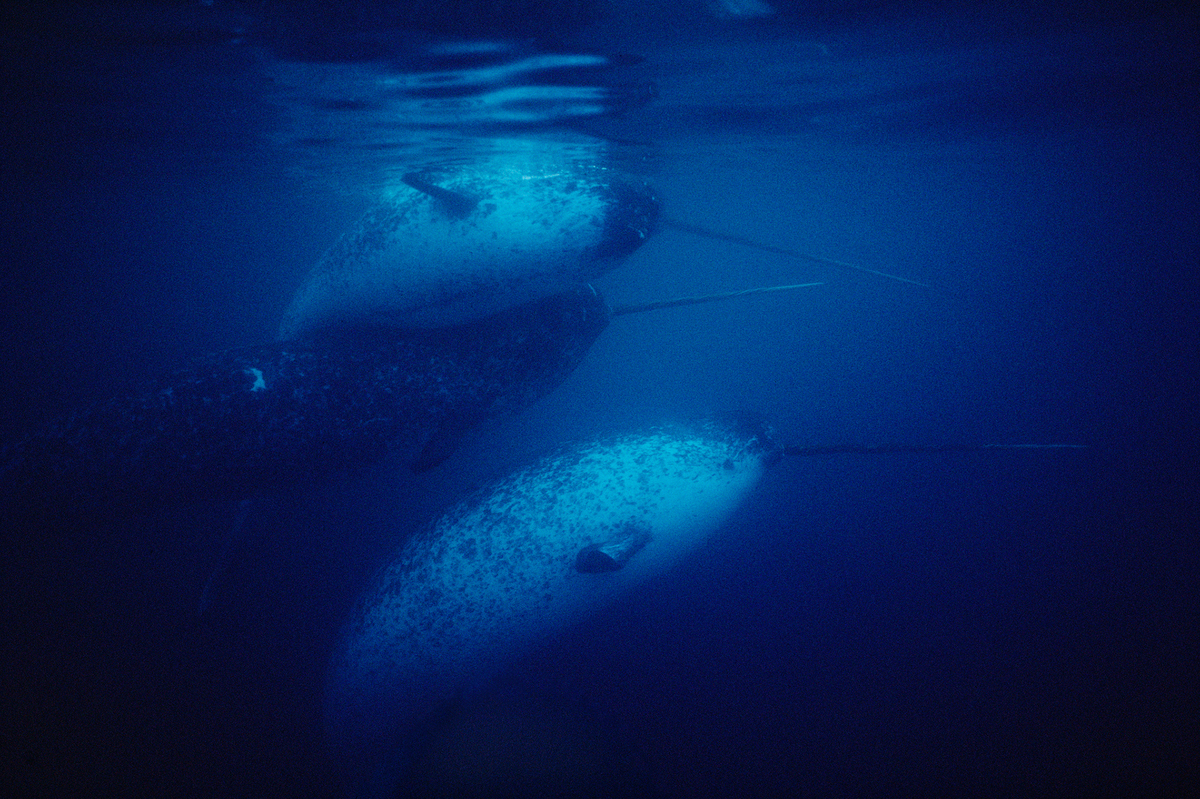 Researchers found that when narwhals like these were released from a net, the animals' heart rates dropped even as they were swimming rapidly.

Narwhals — the unicorns of the sea — show a weird fear response after being entangled in nets. Scientists say this unusual reaction to human-induced stress might restrict blood flow to the brain and leave the whales addled.

The narwhals swim hard and dive deep to escape after being released from a net, but at the same time their heart rates dramatically plummet, according to a newly published report in Science. It's almost like they are simultaneously trying to freeze and flee.

"This is an unusual reaction to an unusual kind of threat," says Terrie Williams, a researcher at the University of California, Santa Cruz. "I don't believe that this is the normal response when the animals are being pursued by a killer whale."

Male narwhals have a distinctive long, spiral tusk, and these elusive creatures live way up north in the Arctic. They aren't easy to study, as they live much of their lives surrounded by darkness and ice. But scientists sometimes monitor their movements by catching them with nets and tagging them in the summertime, when the whales are more accessible.

Williams and her colleagues recently traveled to waters off the east coast of Greenland to outfit narwhals with technology that lets researchers monitor the marine mammals' heart rates, swimming movements and other data.

"This is the first time that there's been a long-term record on an EKG for a wild cetacean," says Williams, who has used similar monitors on dolphins and seals. "I don't know that there's anything quite like it."

In the first dives after the narwhals were released from nets, she says, their heart rates dropped from 60 beats a minute to three or four beats a minute. This lasted for 10 minutes or so.

"And I'd never seen that in any animal that I've ever recorded a heart rate for," she says. "So that was the first clue that we were looking at something very different here."

What's more, the whales were swimming rapidly during this time. "They were exercising as fast as a narwhal exercises," Williams says. "They were swimming constantly. They're trying to do a flight response superimposed on a down-regulation-type freeze response. And I hadn't seen that before."

It makes her wonder how the whales can possibly get enough oxygen to their brains. And she also wonders if this might have any relevance to mysterious beachings of other deep-diving whales.

Kristin Laidre, a research scientist at the Polar Science Center at the University of Washington who has studied narwhals, says this is "a really interesting paper that provides a new physiological angle on the vulnerability of narwhals to anthropogenic disturbance in the Arctic."

The loss of sea ice in the Arctic, Laidre notes, means big changes in the ecosystem, plus a sudden interest in more industrial development, resource extraction and new shipping routes. "All of those things mean disturbance for narwhals," she says. "To my knowledge, this is really the first time we have quantified physiological disturbance effects on narwhals. So it's really important data."

Because narwhals have lived a life far north, surrounded by dense sea ice, they have been relatively insulated from human activity. "Any kind of disturbance," Laidre says, "is going to be a pretty new, potentially very disruptive thing for a species that's existed in an environment like that for so long."