Accessibility links
Pope Francis Suggests Changing The Words To The 'Lord's Prayer' : The Two-Way The phrase "lead us not into temptation" isn't right, the pontiff says, because "a father does not do this." France's Catholic Church has changed the phrase in its version of the Lord's Prayer.

Pope Francis Suggests Changing The Words To The 'Lord's Prayer'

Pope Francis Suggests Changing The Words To The 'Lord's Prayer' 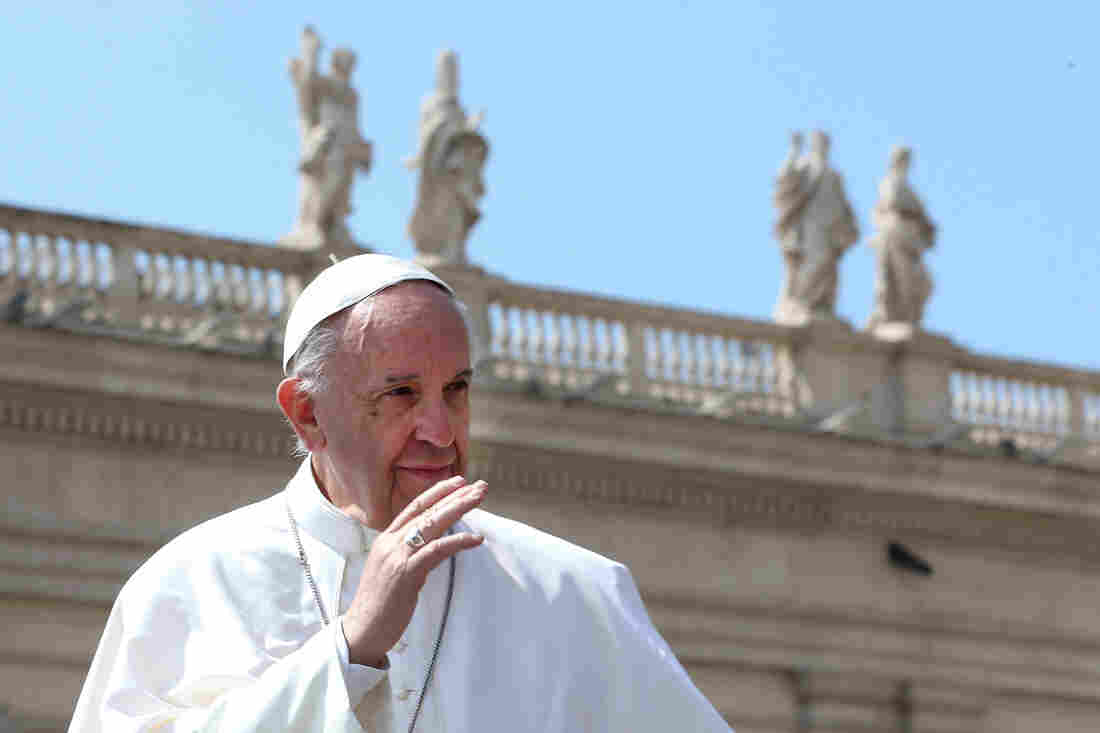 In an interview this week, Pope Francis criticized the phrasing about temptation in the Lord's Prayer. The pontiff is pictured here at the Vatican in April. Franco Origlia/Getty Images hide caption 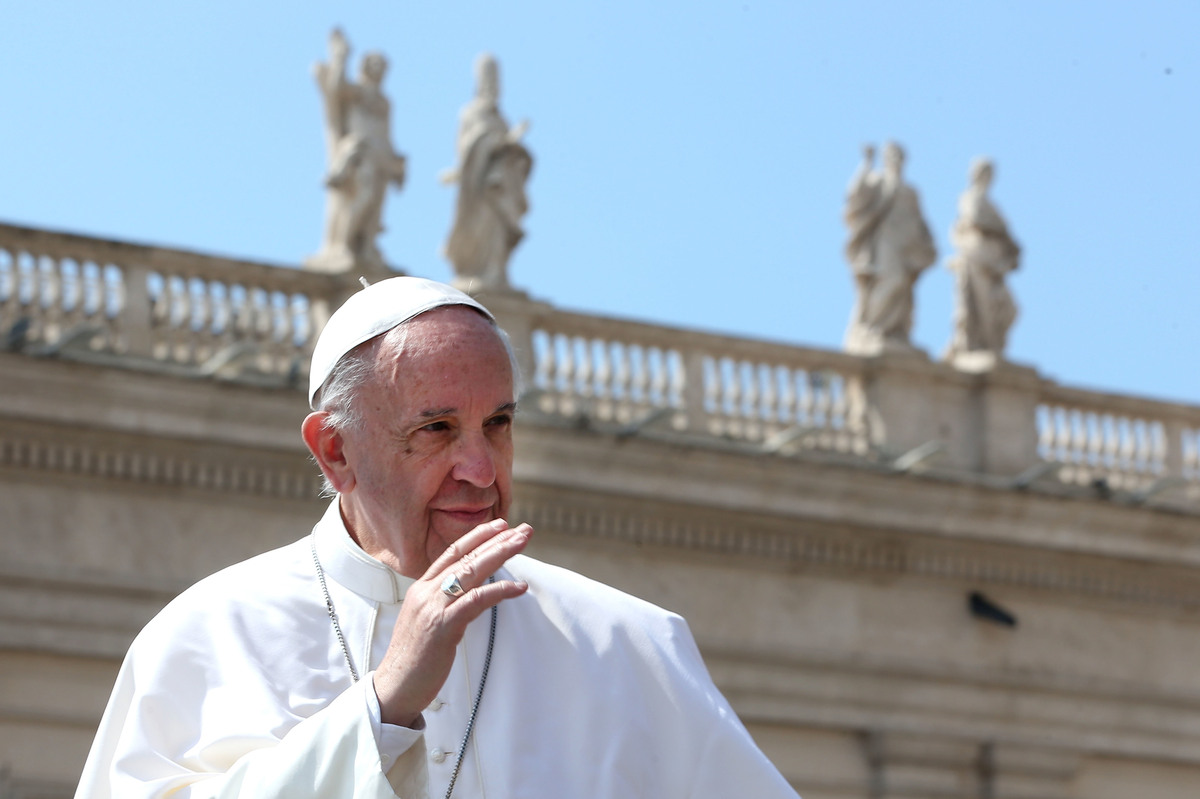 In an interview this week, Pope Francis criticized the phrasing about temptation in the Lord's Prayer. The pontiff is pictured here at the Vatican in April.

Pope Francis isn't pleased with the words to the Lord's Prayer — specifically, the part about temptation.

In an interview with an Italian TV network, the pontiff said that the current language of the Our Father prayer "is not a good translation."

In English and similarly in Italian, the prayer asks God to "lead us not into temptation, but deliver us from evil." But, says Francis, it's not the Lord that tempts.

"It is not He that pushes me into temptation and then sees how I fall," Francis said in Italian. "A father does not do this. A father quickly helps those who are provoked into Satan's temptation."

Francis pointed out that just a few days ago, France's Catholic church adopted new phrasing in its Notre Père.

"[T]he first Sunday of Advent," the church wrote, "a new translation of the Our Father will come into force in all forms of liturgy. The Catholic faithful will no longer say: 'Do not submit to temptation' but 'Do not let us enter into temptation.' "

Pope Francis: 'The Presence Of God Is Also Called Rohingya'

Among the best-known prayers in Christianity, the Our Father is "a translation from the Latin vulgate, which was translated from ancient Greek, which was in turn translated from Aramaic, the language spoken by Jesus," Reuters reports.

An Anglican theologian told The Guardian that any changes to the prayer's wording could pose some risk.

"The word in question is peirasmos [from New Testament Greek] which means both to tempt and to be tested," the Rev. Ian Paul told the newspaper. "So on one level the pope has a point. But he's also stepping into a theological debate about the nature of evil."

Paul added: "In terms of church culture, people learn this prayer by heart as children. If you tweak the translation, you risk disrupting the pattern of communal prayer. You fiddle with it at your peril."

A Request From The Pope: Lift Up Your Hearts, Put Down Your Phones

But the National Catholic Reporter noted that even after decades of debate, the change went over fairly smoothly in France, "even if some parishioners mumbled the wrong phrase":

"On Sunday, many parishes passed out sheets containing the new French text, with the changed words in bold, to help hesitant parishioners along. At Saint-Ignace, the Jesuit church in Paris, the new wording was written across a large banner for all to see.

"Fr. Emmanuel Schwab, pastor of Saint-Léon Parish in Paris, said the new translation was 'less ambiguous' than the earlier wording.

" 'The version 'do not submit us to temptation' made some people think God threw banana peels in front of people to see if they would slip and fall, but that is absolutely not the biblical view of God,' he said after Mass."