Accessibility links
Bitcoin Futures Surge In First Day Of Trading : The Two-Way January contracts for the skyrocketing digital currency opened at just under $15,500 on Sunday and had spiked to more than $18,000 hours later. 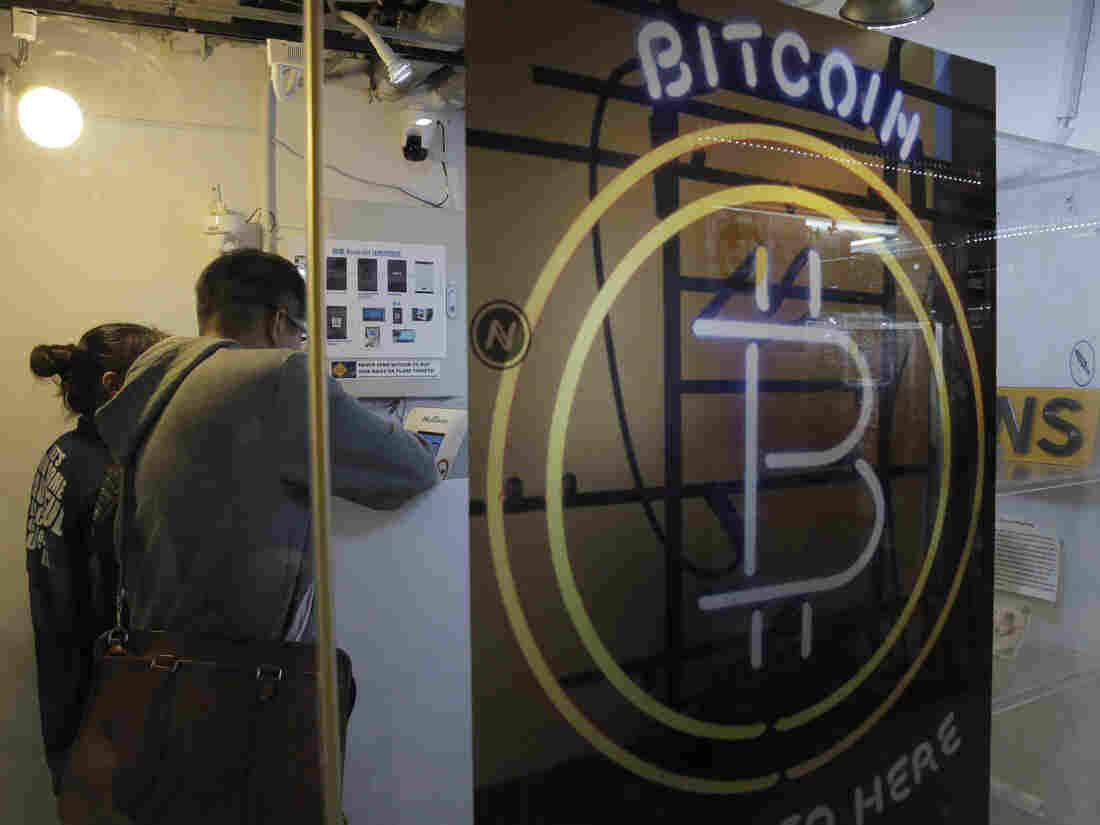 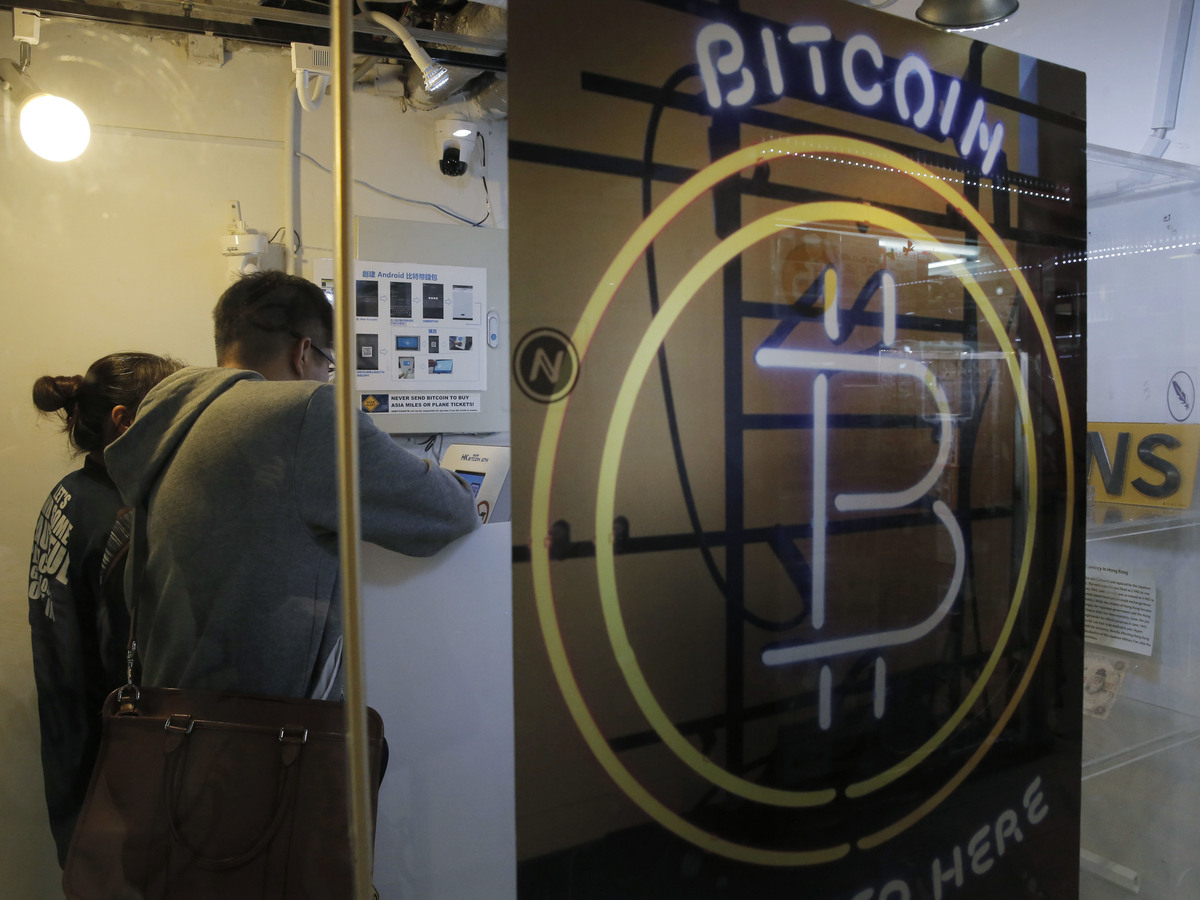 People use the bitcoin ATM in Hong Kong, on Friday.

On their first day of trading, bitcoin futures surged past $18,000, adding to a streak for the digital currency that began the year at just $1,000 and has nearly tripled in value over the past month alone.

Reuters reports that bitcoin futures, traded through the Chicago Board Options Exchange (CBOE), saw January contracts, which opened at $15,460 in New York on Sunday evening, leap to a high of $17,170 during Asian hours.

Trading, which began at 6 p.m. ET (5 p.m. CT), was so intense that halts designed to cool volatility were triggered twice on the CBOE.

The halts are "not surprising based on the volatility of the underlying [asset]. The futures are behaving as expected and designed," Tom Lehrkinder, senior analyst at consulting firm Tabb Group, was quoted by CNBC as saying.

Coindesk writes: "In all, the tumultuous start is perhaps a fitting start to the trading of the new contracts. CBOE's is the first to be traded on a major regulated exchange in the U.S., and it's set to be followed next week by CME Group, which has announced that it will launch its own products on Dec. 18."

The surge in bitcoin futures, the first of which expire in January, adds to the frenzy for the digital currency that was introduced in 2009 and has seen its value skyrocket in recent months.

But it has also contributed to concern that bitcoin, which is not backed by any country's central bank, is a speculative bubble that could burst if investors get nervous and begin selling.

"Bitcoin's rise has been both meteoric and volatile, with surges in valuation often being driven by positive reports about its status. Earlier this year, for instance, Japan recognized bitcoin as an official method of payment.

"... Another factor has been the move to split the original bitcoin segment into two currencies: bitcoin classic and bitcoin cash. That change, which became official in August, has allowed large trades in the currency to occur more frequently, while also promising to bolster its infrastructure."

"This is kind of the classic bubble psychology," Timothy Lee, a senior tech reporter with Ars Technica, tells NPR's Weekend Edition Saturday. "People hear about it and they say, 'Oh, maybe I should get in because this is an opportunity.' Then the cycle repeats. The price goes up some more, and so it gets more coverage."

The Associated Press writes "[the] rocketing level of appreciation smells a lot like an irrational investor mania to many economists and financial pros, the kind that sent prices for unprofitable startup internet companies soaring in the dot-com boom. Those prices eventually came crashing down."

According to The Financial Times, in Japan, investors were buying bitcoin with a leverage up to 15 times their cash deposit. However, "Yuzo Kano, bitFlyer's chief executive, said in an interview with the Financial Times that the liquidity on his Tokyo-based exchange — which has an 80 per cent share of bitcoin trading in Japan and 20-30 per cent of the global market — was deep enough to handle even the biggest market movements."