Accessibility links
Venezuela's Ruling Socialists Sweep Mayoral Races Amid Opposition Boycott : The Two-Way President Nicolás Maduro said any party that did not participate in Sunday's vote will be barred from next year's presidential election. 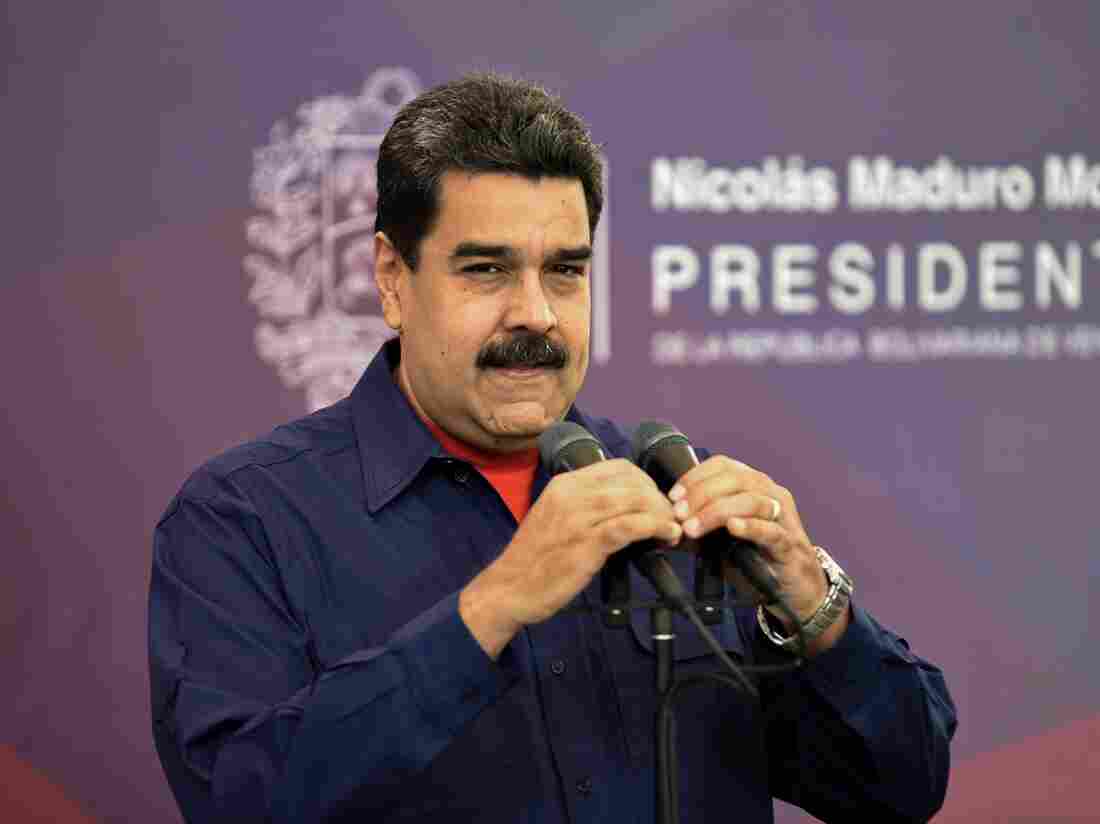 The president of Venezuela Nicolás Maduro makes a speech after casting his vote for municipal elections at a polling station in Caracas on Sunday. Anadolu Agency/Getty Images hide caption 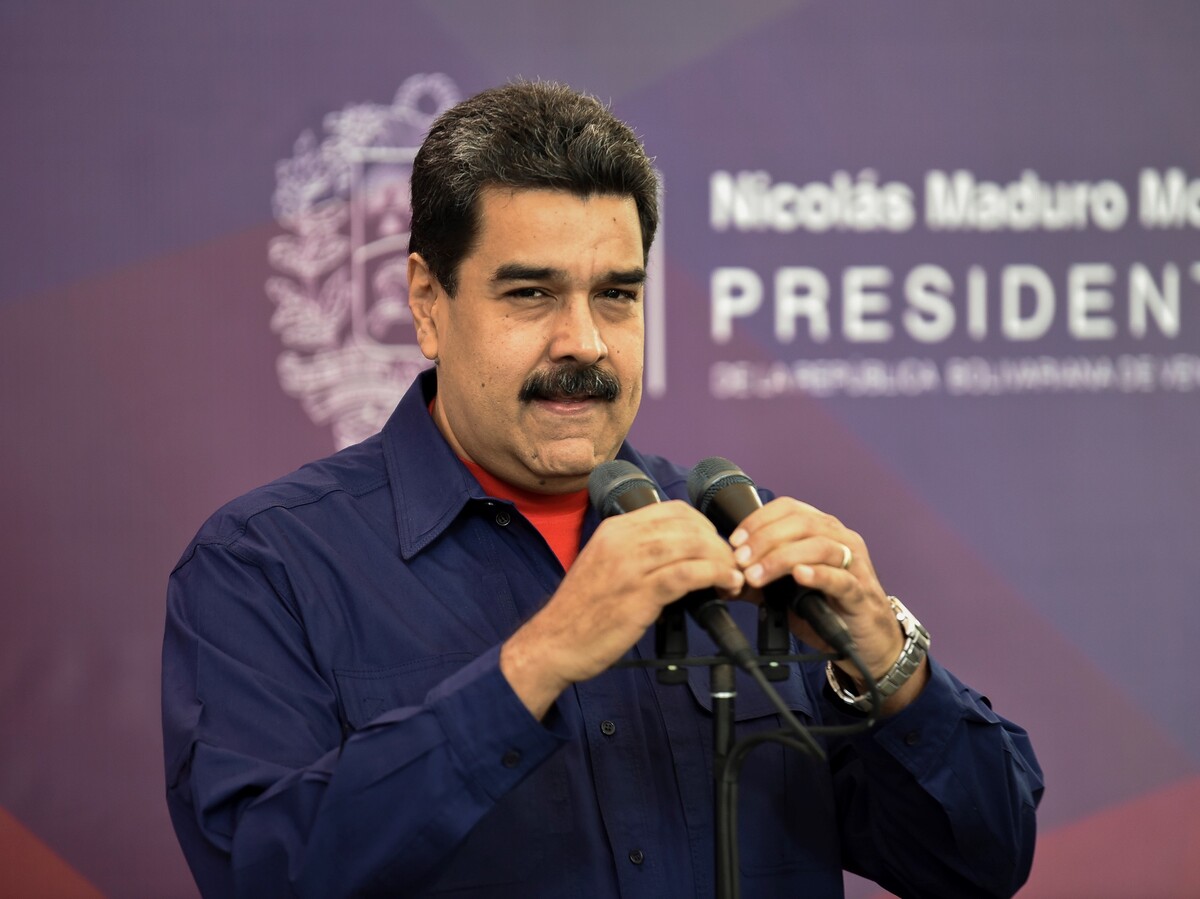 The president of Venezuela Nicolás Maduro makes a speech after casting his vote for municipal elections at a polling station in Caracas on Sunday.

The ruling party of Venezuelan President Nicolás Maduro has won more than 90 percent of the country's mayoral races, after the opposition boycotted the election. Maduro said parties that sat out Sunday's vote will be barred from next year's presidential election.

Maduro's United Socialist Party of Venezuela won more than 300 of the 335 mayoral offices.

"We have obtained a big victory!" Maduro said in a speech in the capital's Bolívar Plaza late Sunday. "A popular, democratic, free, sovereign victory of an independent country!"

"The imperialists have tried to set fire to Venezuela to take our riches," Maduro said.

"We've defeated the American imperialists with our votes, our ideas, truths, reason and popular will," he told the crowd, which chanted, "Go Home, Donald Trump."

About half of eligible voters cast ballots in Sunday's races.

"They will disappear from the political map," he said of the opposition parties that boycotted Sunday's vote.

After the opposition unexpectedly lost most of the regional races in October, it cried foul. An alliance of parties have labeled Maduro a dictator and refused to participate in the mayoral races.

"The elections played out as Venezuelans struggle with triple-digit inflation, shortages of food and medicine, and charges that Maduro's government has undermined democracy by imprisoning dissidents and usurping the powers of the opposition-controlled National Assembly.

"... The struggles have caused the president's approval rating to plunge, although the opposition has been largely unable to capitalize on Maduro's unpopularity."

In July, Maduro called a referendum on rewriting the country's constitution to give him near-dictatorial powers. The referendum easily passed despite an unofficial vote held earlier by the opposition that overwhelmingly rejected the changes. Washington responded to the vote with a new round of sanctions on Maduro, freezing his U.S. assets and prohibiting U.S. citizens from having any dealings with him.