Accessibility links
Nikki Haley Says 'We Should All Be Willing To Listen' To Trump Accusers : The Two-Way More than a dozen women have accused President Trump of sexual harassment or assault. The White House says the women are lying. Trump's ambassador to the U.N. took a different tack on CBS on Sunday. 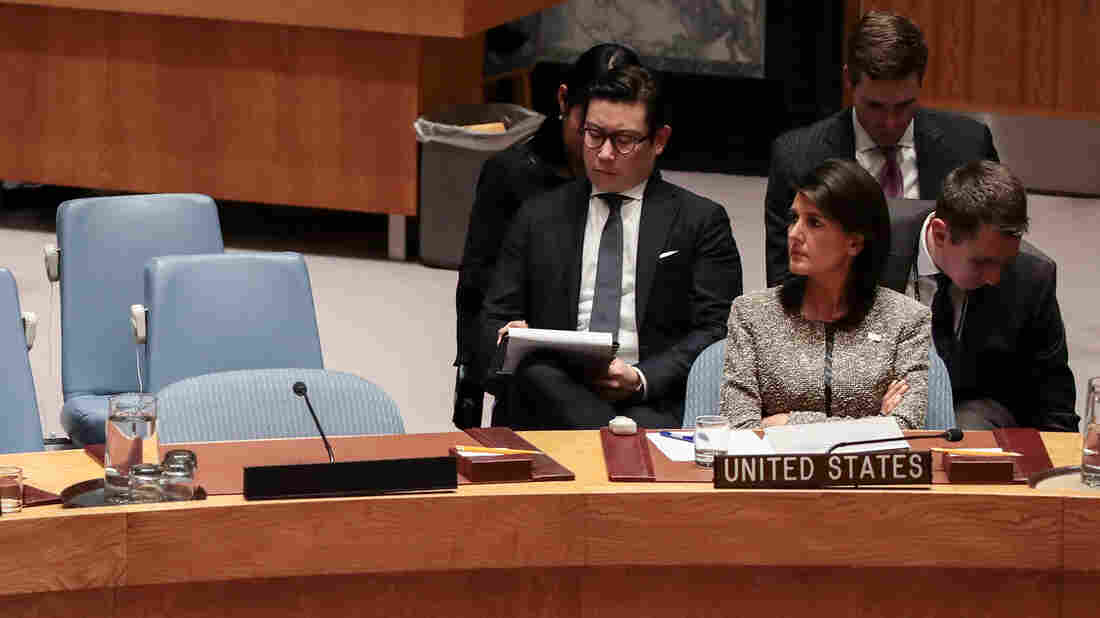 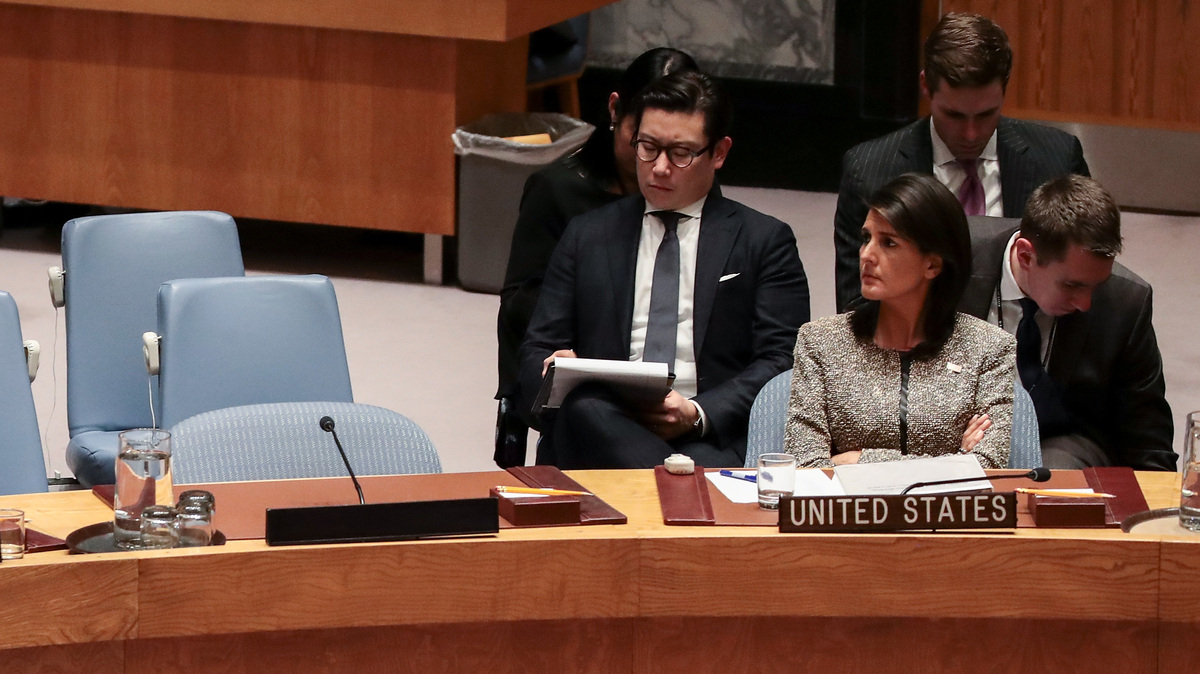 Nikki Haley, the U.S. ambassador to the U.N., said on Sunday that women who have accused President Trump of sexual harassment and assault "should be heard."

More than a dozen women came forward during the 2016 campaign with allegations of unwanted touching or kissing or other forms of sexual harassment.

Haley addressed the allegations on CBS's Face the Nation, after discussing North Korea's missile tests and the plan to move the U.S. Embassy in Israel to Jerusalem.

Haley told host John Dickerson that women who feel that they were harassed by Trump have "every right to speak up" and "we should all be willing to listen to them."

Asked in October by a reporter if the "official White House position" is that "all of those women are lying," press secretary Sarah Huckabee Sanders said during a briefing, "Yeah, we've been clear on that since the beginning."

Sunday's remarks by Haley, the former South Carolina governor whom Trump nominated for her current post, were a sharp deviation from that approach.

During the campaign, Trump called the allegations fabricated, false and "outright lies." More recently, he has described them as "fake news."

At the 5:15 mark in the video, Dickerson asks Haley about the recent developments in politics and the culture as a whole, with powerful men (including senior news managers at NPR) losing their jobs over sexual harassment allegations.

"What do you think of this cultural moment that's happening?" Dickerson asked.

"Given that consciousness," Dickerson asked, "how do you think people should assess the accusers of the president?"

"Well, I mean, you know, the same thing. Women who accuse anyone should be heard. They should be heard and they should be dealt with. And I think we heard them prior to the election and I think any woman who has felt violated or felt mistreated in any way they have every right to speak up."

Asked if the election settled the question, Haley said, "That's for the people to decide. I know that he was elected but women should always feel comfortable coming forward and we should all be willing to listen to them."

As NPR's Danielle Kurtzleben has reported, several of the allegations against Trump align with boasts that he has made on tape. Trump said, on the infamous Access Hollywood video, "I just start kissing them ... I don't even wait." Multiple women accuse Trump of kissing them on the lips without permission.

In the same video, Trump said "when you're a star" you can "grab [women] by the p----. You can do anything." Multiple women accuse Trump of reaching up their skirts and touching their crotches.

In an interview with Howard Stern in 2005, Trump said he would go backstage at pageants he owned while "everyone's getting dressed ... they're standing there with no clothes." Multiple former pageant contestants say that Trump would enter dressing rooms unannounced, while some women were nude or partially nude.

Trump, either personally or through a spokesperson, has denied every report of sexual misconduct.