Accessibility links
Macron Awards U.S. Climate Scientists Grants To 'Make Our Planet Great Again' : The Two-Way A day before an international summit on the climate, the French president offers some researchers an opportunity to make France a "second homeland." 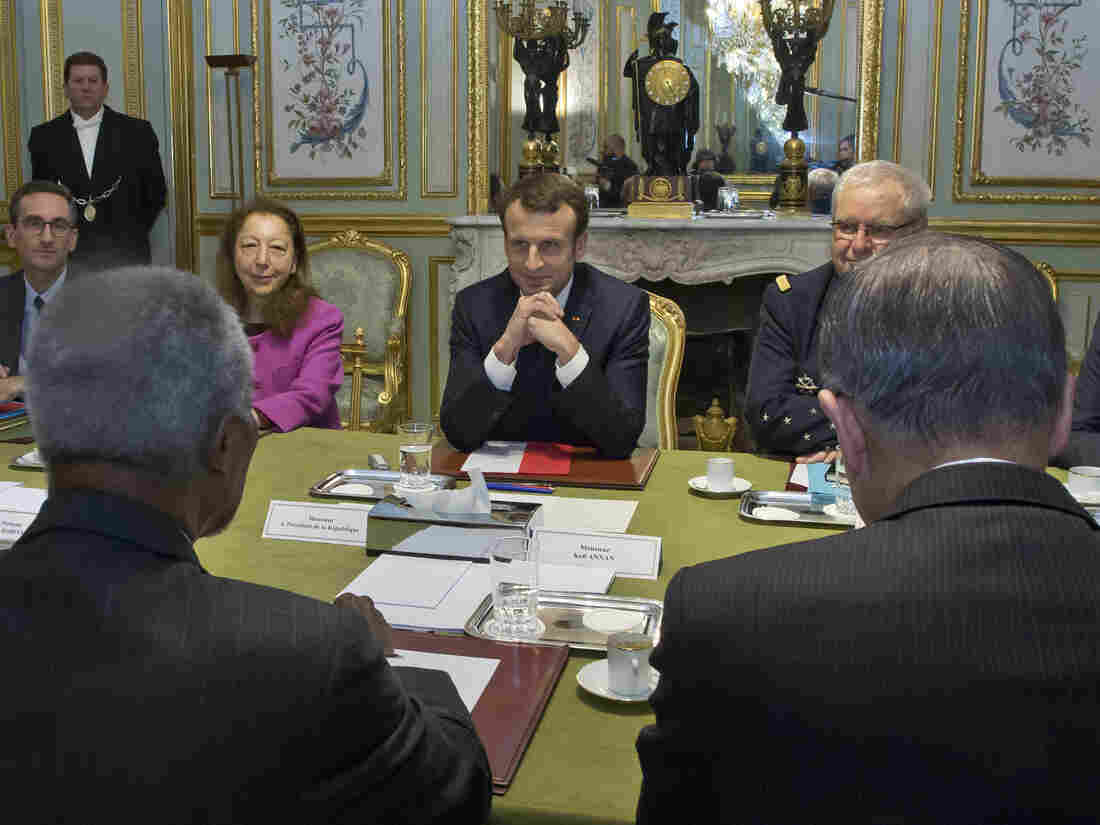 French President Emmanuel Macron, in a not-so-subtle jab at President Trump, has awarded long-term research grants to 18 climate scientists — 13 of them U.S.-based researchers — to relocate to France and pursue their work with the blessing of a government that doesn't cast doubt on the threat of climate change.

The announcement Monday makes good on a pledge Macron made earlier this year after the U.S. pulled out of the Paris climate accord to offer France as a "second homeland" to climate researchers in order to "make our planet great again."

Macron's appeal produced 1,822 applicants, nearly two-thirds from the United States. Candidates had to have a proven track record on climate research and propose a project that would take three to five years to complete. That period roughly matches Trump current term in office.

Trump has proposed cuts in federal funding for scientific research. As Macron told the winners of the French grants, "we will be there to replace" U.S. support for climate research.

One of the winners, Camille Parmesan of the University of Texas at Austin, told the Associated Press that the French offer "gave me such a psychological boost, to have that kind of support, to have the head of state saying I value what you do."

Parmesan studies the impact of climate change on wild plants and animals and will pursue her research at an experimental ecology station in the Pyrenees.

Another winner, Louis A. Derry, professor of Earth and atmospheric sciences at Cornell University told the Washington Post:

"For me, the chance to work on some very exciting science questions with my French colleagues and not be so dependent on the crazy stuff that goes on in Congress and with the current administration is honestly very attractive. But it can be embarrassing to try and explain what is going on at home right now."

The amount of money awarded to climate researchers wasn't immediately disclosed. Senior researchers were eligible for grants up to $1.7 million.

Macron's announcement comes a day before a bigger international meeting on the global climate opens in Paris on Tuesday. Dubbed the "One Planet Summit" and co-hosted by the U.N. and the World Bank, the meeting will bring together more than 50 world leaders seeking to re-energize the Paris accords. Trump will not be among them.