Accessibility links
Amber-Trapped Tick Suggests Ancient Bloodsuckers Feasted On Feathered Dinosaurs : The Two-Way The tick was with a feather from a dinosaur that lived in the Cretaceous Period. Modern ticks love to bite mammals, and scientists have long wondered what the tiny vampires ate millions of years ago. 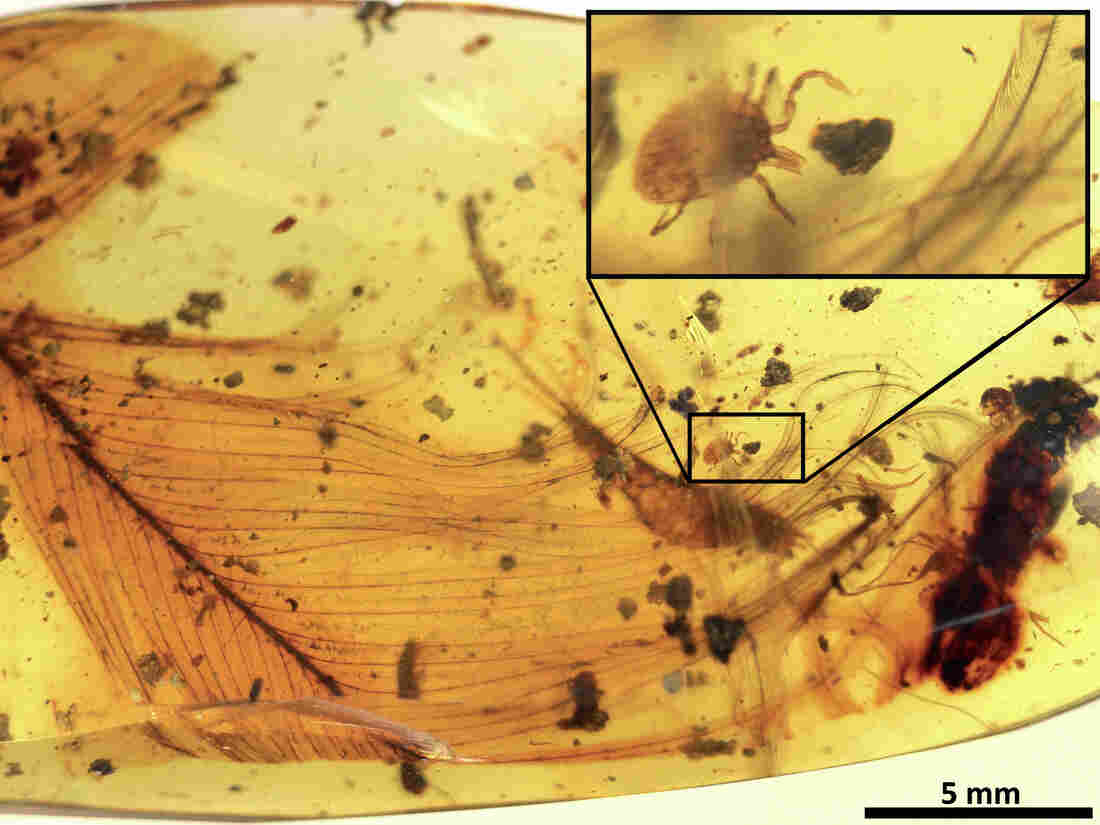 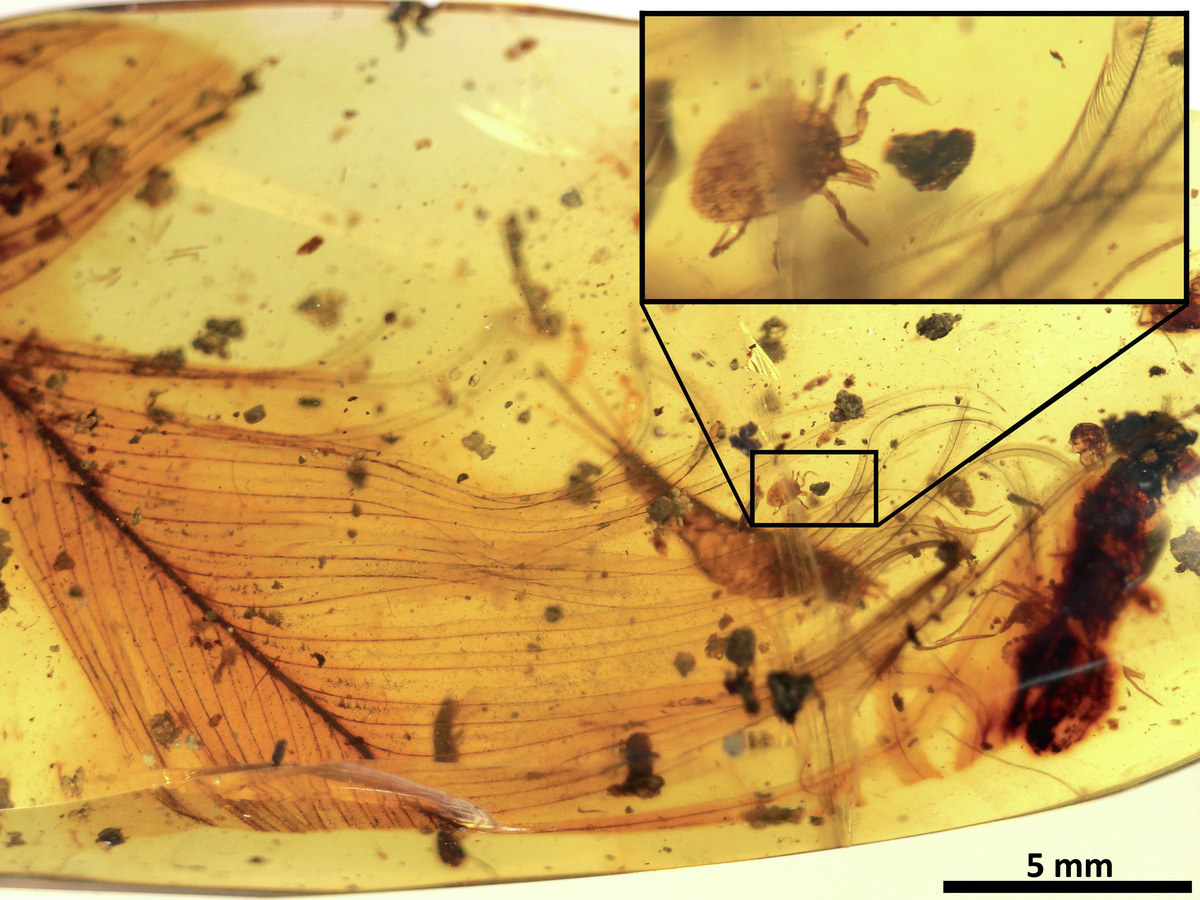 A tick grasping a dinosaur feather is preserved in 99 million-year-old amber from Myanmar.

Ticks sucked the blood of feathered dinosaurs some 99 million years ago, a new study suggests.

Modern ticks are infamous for biting humans and other mammals. But ticks are very ancient, and scientists who study their evolution have long wondered what (or who) the little vampires ate before there were lots of mammals to feed on. Feathered dinosaurs apparently were among the possible creatures on the menu.

The findings rely partially on amber specimens from Myanmar. In one of them, a tick is trapped in the hardened resin alongside a feather from a dinosaur that lived during the Cretaceous Period.

"Amber is fossilized resin, so it's able to capture small bits of the ecosystem almost instantly," says Ricardo Pérez-de la Fuente, a research fellow at the Oxford University Museum of Natural History and an author of the study published Tuesday in the journal Nature Communications. "Amber can actually preserve interactions between organisms. This is the case with the feather and the grasping tick."

The tick-and-feather pair support a theory that Pérez-de la Fuente had already spent years developing, based on other ticks trapped in amber from the same period. Those ticks didn't have dinosaur feathers encased with them, but there were little hairs. The hairs resemble those left behind by a type of beetle larva that, today, lives in bird nests.

"The paper is a pleasant surprise," says Ben Mans, a paleontologist who has studied tick evolution but wasn't involved in the current study, in an email to NPR. Until now, he says, researchers assumed ancient ticks fed on the blood of early amphibians, reptiles and the ancestors of modern mammals, not on feathered dinosaurs.

Mans cautions the evidence doesn't necessarily exclude other types of animals, since feathered dinosaurs were not the only ones that lived in nests. He also says follow-up research needs to be done to understand how a new ancient species of tick identified in the study fits into the bigger tick family tree.

Pérez-de la Fuente acknowledges there is more work to be done to clarify the ancient origins of ticks and their blood-sucking behaviors. For example, one amber specimen contains a tick engorged with blood, but Pérez-de la Fuente and his co-authors couldn't figure out how to analyze that blood because the tick wasn't entirely encased in amber, so the iron in the blood was contaminated with minerals.

That specimen and the others in the study were gathered in Myanmar, which is famous for its large amber deposits. "Private collectors had actually purchased the amber online," Pérez-de la Fuente says. One collector donated a piece of amber to the American Museum of Natural History in New York. Another helped analyze ticks in amber he purchased and is listed as an author of the new study.

"We actually broke the wall between private collectors and scientists which is very uncommon, especially in paleontology," Pérez-de la Fuente says. "That by itself is a success."