Accessibility links
Tillerson Wants To Start Talks With North Korea With No Conditions : The Two-Way The secretary of state said Tuesday the U.S. would be willing to open negotiations without requiring North Korea to agree beforehand to give up its nuclear weapons program. 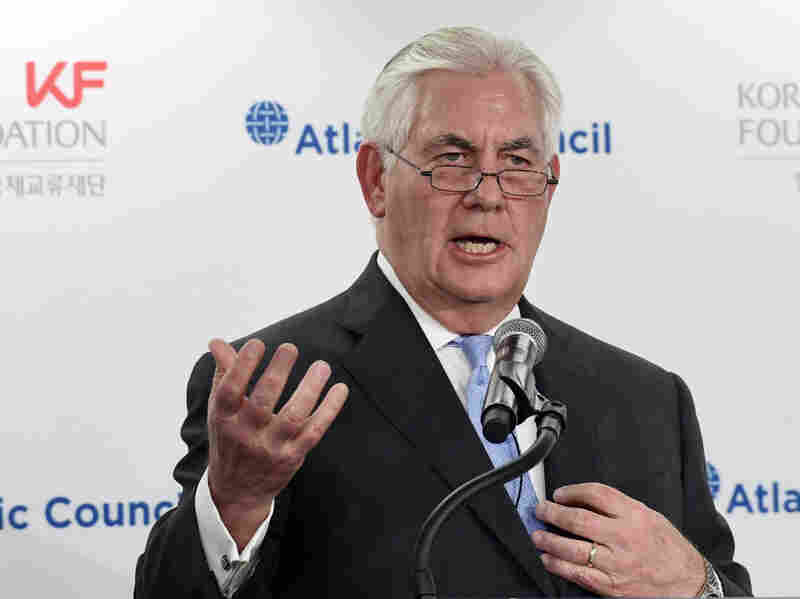 Secretary of State Rex Tillerson told a think-tank audience on Tuesday the U.S. shouldn't require North Korea to promise to give up its nuclear weapons as a condition of holding talks between the two countries. Susan Walsh/AP hide caption 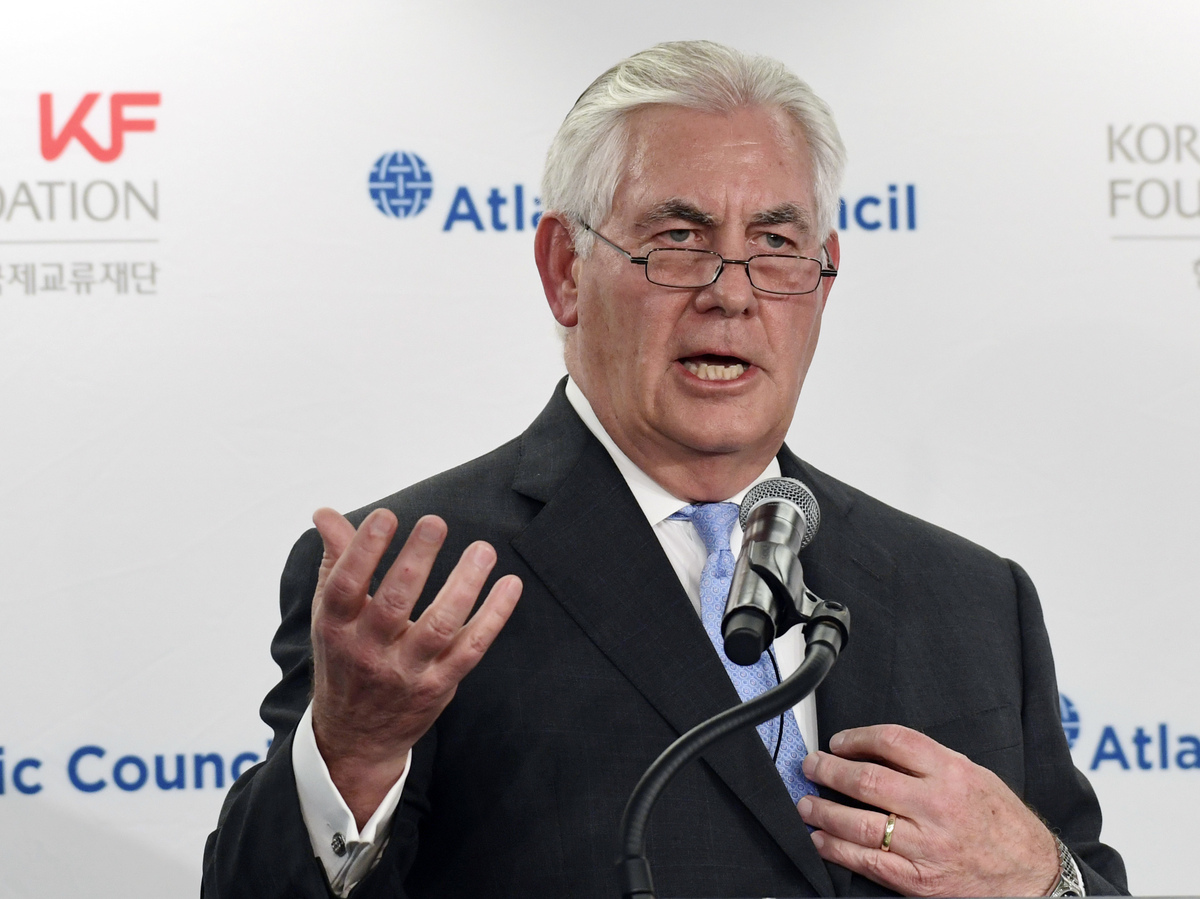 Secretary of State Rex Tillerson told a think-tank audience on Tuesday the U.S. shouldn't require North Korea to promise to give up its nuclear weapons as a condition of holding talks between the two countries.

Secretary of State Rex Tillerson said Tuesday the U.S. would be willing to enter negotiations with North Korea without requiring that it agree beforehand to give up its nuclear weapons program. The willingness to engage in talks without that understanding is a significant change in the U.S. approach.

"It's not realistic to say we are only going to talk if you come to the table ready to give up your program," Tillerson said in an address to the Atlantic Council, a Washington-based think tank. "They have too much invested in it, and [President Trump] is very realistic about that as well."

White House press secretary Sarah Huckabee Sanders later released a statement saying, "The President's views on North Korea have not changed. North Korea is acting in an unsafe way not only toward Japan, China, and South Korea, but the entire world. North Korea's actions are not good for anyone and certainly not good for North Korea."

"It's really about how do you begin the process of engagement. Because we are dealing with a North Korean leader that no one has ever engaged with. He's clearly not like his father," said Tillerson. "And we don't know what it will be like to engage with him."

It will also be tough to talk, Tillerson says, if North Korea continues to fire off missiles or test nuclear devices.

The idea of talks about talks is something Suzanne Dimaggio supports. A senior fellow at a think tank called New America, Dimaggio has been part of so-called track two diplomacy with North Korea and says the Trump administration has been sending mixed signals with the president once tweeting that Tillerson is wasting his time.

"Clearly there's a need for this adminsitration to speak with one voice and stop this contradictory signaling," she says. "It is high time to move from a dithering approach and have a real strategy and empower our diplomats to carry that strategy out."

Tillerson plans to go later this week to the United Nations for a high-level Security Council meeting on North Korea. A top U.N. diplomat and former State Department official, Jeffrey Feltman, is just back from Pyongyang, and the U.N. says he is calling for open channels to reduce the risks of conflict.