Accessibility links
Abbas Says U.S. Shouldn't Lead Mideast Peace Process, Citing Jerusalem Policy : The Two-Way An emergency session of the Organization of Islamic Cooperation was dominated by talk of the Trump administration's decision to recognize Jerusalem as the capital of Israel. 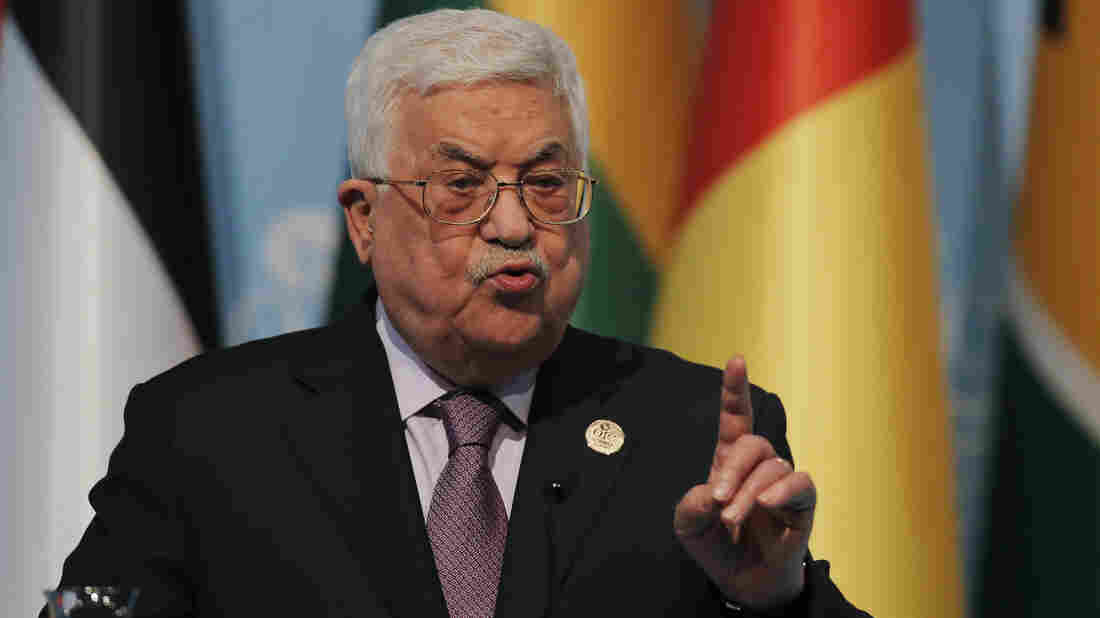 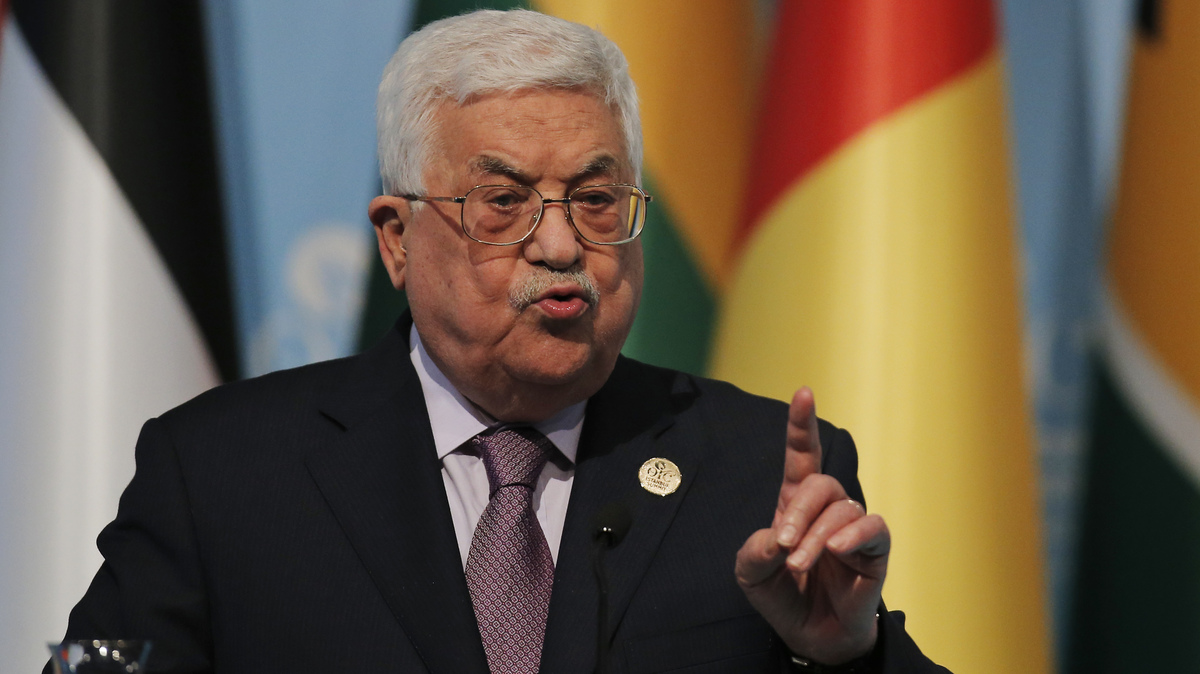 Palestinian Authority President Mahmoud Abbas called the U.S. recognition of Jerusalem as the Israeli capital a crime and said he'll appeal to the United Nations.

Abbas made his forceful remarks Wednesday toward the end of an emergency session of the Organization of Islamic Cooperation, held in Istanbul. The meeting was dominated by talk of how to respond to the Trump administration's decision to change U.S. policy on Jerusalem and to begin the process of moving the U.S. Embassy there from Tel Aviv.

"Listing several demands from the international community, Abbas said there would be no peace in the world without Jerusalem as the capital of the state of Palestine, according to Palestinian news agency WAFA.

"Abbas described President Trump's declaration of Jerusalem as the capital of Israel as crossing a red line and a flagrant violation of international law. Abbas also declared the Palestinians will pressure the United Nations to fully recognize Palestine as a member state and will ask the U.N. to sponsor the peace talks with Israel."

Abbas spoke one week after Trump's controversial decision, which has triggered protests and heightened tensions. Even before the shift was made official, key Arab leaders called it a dangerous move that would threaten peace talks.

When asked about Abbas' speech, a senior White House official told NPR, "The president remains as committed to peace as ever. This rhetoric, which has prevented peace for years, is not surprising as we anticipated reactions like this."

After reiterating the administration's position that the new Jerusalem policy leaves room for further discussions with Israelis and Palestinians, the official said, "We will continue to work on our plan for peace that we hope will offer the best outcome for both peoples and look forward to unveiling it when it is ready and the time is right."

Despite declarations by Abbas and other Palestinian leaders that the U.S. should no longer play a role in the peace process, Khalil Shikaki of the Palestinian Center for Policy and Survey Research said Abbas would likely continue to cooperate with the U.S. on peace efforts.

"There's absolutely nothing new in these declarations," Shikaki said. "If you go back to the last 10 years, you'll find such statements repeated time after time after time. They never meant it before. I don't think they mean it today."

He said the Palestinian Authority "feels that the only game in town remains the American proposals."

The majority of the Palestinian public does not support U.S. peace efforts, according to the latest poll from Shikaki's group, conducted the day after Trump's announcement on Jerusalem.

Trump has promised to present a proposal soon for "the ultimate deal" to resolve the Israeli-Palestinian conflict, but 86 percent of Palestinians polled believe such a plan would not benefit the Palestinians.

Nearly half of Palestinians who took part believe Abbas would accept an American peace proposal. There also is widespread dissatisfaction with Abbas — he has a 30 percent approval rating, Shikaki's group says.

The largest percentage of Palestinians polled — 44 percent — believe an armed uprising against Israel is the most effective means of establishing a Palestinian state. Only 27 percent of those polled preferred peace negotiations. The poll questioned 1,270 Palestinians and had a margin of error of 3 percentage points.

Trump's decision was welcomed by Israeli Prime Minister Benjamin Netanyahu, who said, "The sooner Palestinians come to grips with this reality, the sooner we will move towards peace."

"This is nothing more or less than a recognition of reality," Trump said during his announcement last week. He added that the policy change shouldn't be taken to mean the U.S. was less committed to trying to reach a peace deal in the Mideast.

Both the prime minister's residence and Israel's parliament, the Knesset, are in Jerusalem. But the historic city's status has been hotly contested, with both Israelis and Palestinians claiming the city as their capital. Since the 1940s, the U.N. has called for Jerusalem, which is revered by followers of Judaism, Christianity and Islam, to be under international control.

For years after Israel's founding, the city was split between Israel and Jordan. That changed when Israel took control of eastern Jerusalem in 1967's Six-Day War. Today, more that one-third of Jerusalem's population are Palestinian Arabs — nearly all of whom live in the east.