Accessibility links
Minnesota Lt. Gov. Tina Smith Will Replace Al Franken In U.S. Senate : The Two-Way Smith's appointed term will run through January 2019. She will also be running in a special election next year to serve out the remainder of Franken's term, which ends in 2020. 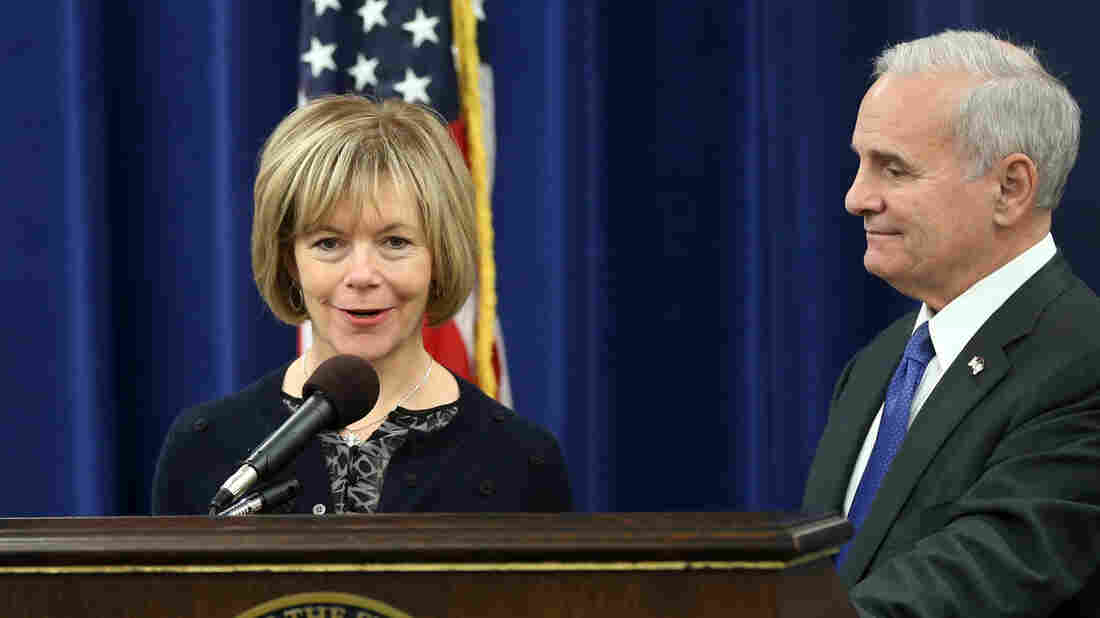 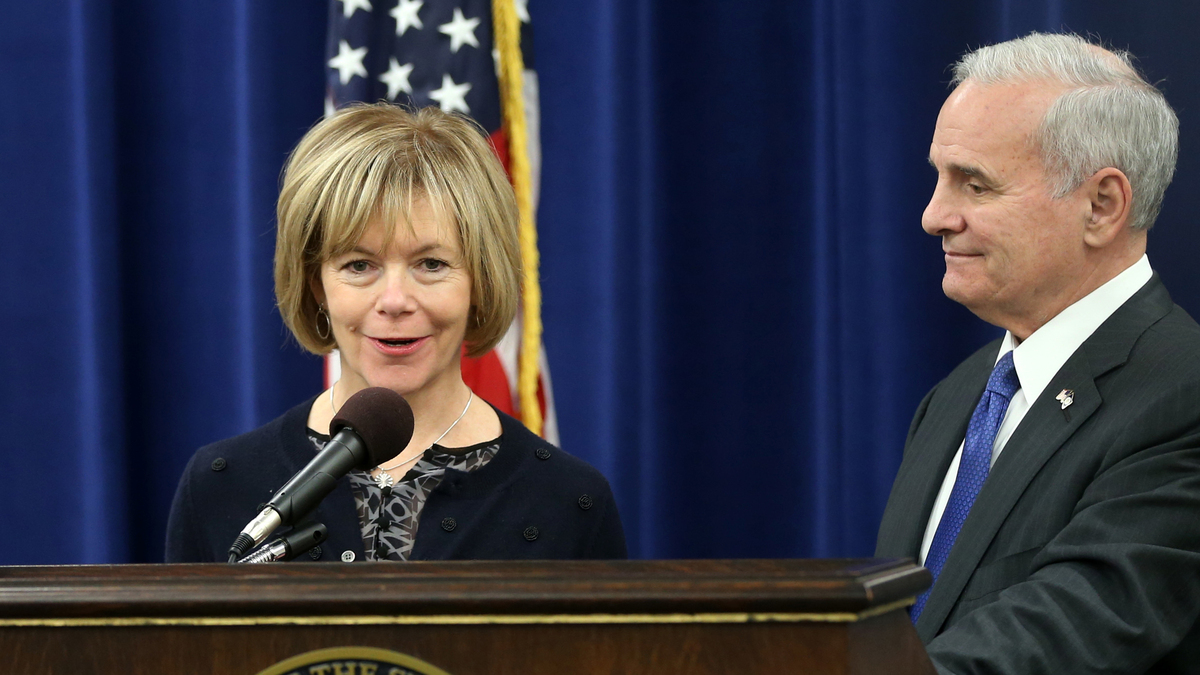 Smith, a Democrat, will serve until January 2019. She also plans to run in a special election next year to serve out the entirety of Franken's term, which ends in 2020, according to a source who spoke to Minnesota Public Radio.

"Smith has served as Minnesota's 48th lieutenant governor since January 2015. [Gov. Mark] Dayton picked Smith, who was his chief of staff, to be his running mate as he began the campaign for a second term.

" 'Though I never anticipated this moment, I'm resolved to do everything I can to move Minnesota forward,' Smith told reporters. ...

"Smith has been at the forefront on several administration priorities, including rural broadband expansion, early childhood education and economic development. She leads the Destination Medical Center initiative, a public-private economic development partnership in Rochester, Minn."

It's not clear exactly when Smith will take over from Franken. On Dec. 7, he said he would resign "in the coming weeks."

Multiple women have accused Franken of unwanted sexual conduct, including groping and forced kissing. His resignation comes amid a raft of allegations of misconduct against powerful men, many of whom have faced serious consequences.

A Senate ethics investigation of Franken is underway. Franken has apologized, while also saying that his memory of events differs from what many women describe. He also defended his record as a champion for women.

After a career as a comedian, Franken became a Democratic senator in 2008. He was a consistent liberal vote — and a serious legislator, "eschewing the jokes of his previous career," as NPR's Brian Naylor wrote.

Franken's replacement was chosen by Minnesota's Democratic governor, Mark Dayton — who is himself a former senator, Brian Bakst of Minnesota Public Radio reports.

"Dayton's pick will hold the seat at least until a November special election," Bakst reports. "That race determines who gets the job through 2020."

Smith, 59, was widely regarded as a likely choice to fill Franken's seat temporarily. But the news that she plans to run in the special election, and hold the seat past 2019, is a surprise: As NPR's Domenico Montanaro has reported, she was anticipated to be a "caretaker senator," only occupying the seat until the election can be held.

Instead, she'll be running for office for the long haul, according to MPR. The state's Democratic primary could be brutal, Domenico says:

"This is a state with a very active liberal base. Bernie Sanders, for example, won this state in the presidential primary with more than 60 percent of the vote.

"There's the very real possibility that a top-down pick could infuriate the base, doom the appointed senator, set off an ugly primary and harm the party's chances of holding the seat.

"... [D]espite Minnesota's reputation as a seat of liberalism, Trump lost Minnesota by only about 40,000 votes, or about 1.5 percentage points.

"And remember that Franken was first elected in a nail-biter recount. He won by only 312 votes out of 2.9 million."

Appointing Smith to the U.S. Senate also creates uncertainty in the state Senate, as MPR reports:

"Republicans currently control the state Senate by a single vote, and in theory, Fischbach's seat would need to be filled in a special election. But Republicans could try to go to court to delay her resignation or get a court ruling that she can do both jobs."

Two other members of Congress — Republican Rep. Trent Franks of Arizona and Democratic Rep. John Conyers of Michigan — have announced they will step down, entangled in sexual misconduct allegations of their own.

Franks says he never had or attempted to have any sexual contact with his staff, but that while struggling with infertility, he did discuss surrogacy with female employees in a way that "made certain individuals uncomfortable."

Conyers is accused of a decades-long pattern of groping and verbal abuse.

And President Trump has been accused of sexual assault and harassment by more than a dozen women. Some of the accounts align with boastful comments Trump made about his own behavior around women. Trump has denied the allegations, calling them lies.