Accessibility links
At Least 6,700 Myanmar Rohingya Killed In Single Month, Aid Group Says : The Two-Way Doctors Without Borders conducted field studies in neighboring Bangladesh, where Rohingya Muslims have fled since the beginning of what the U.N. describes as "ethnic cleansing." 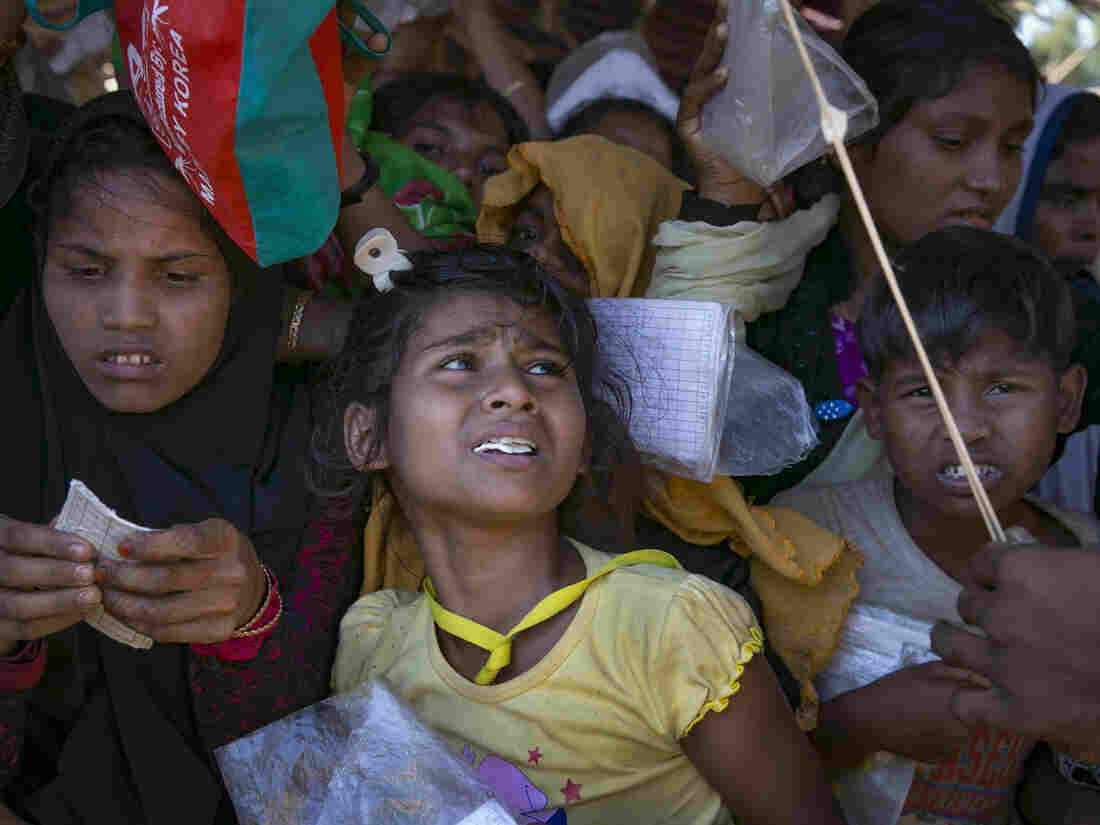 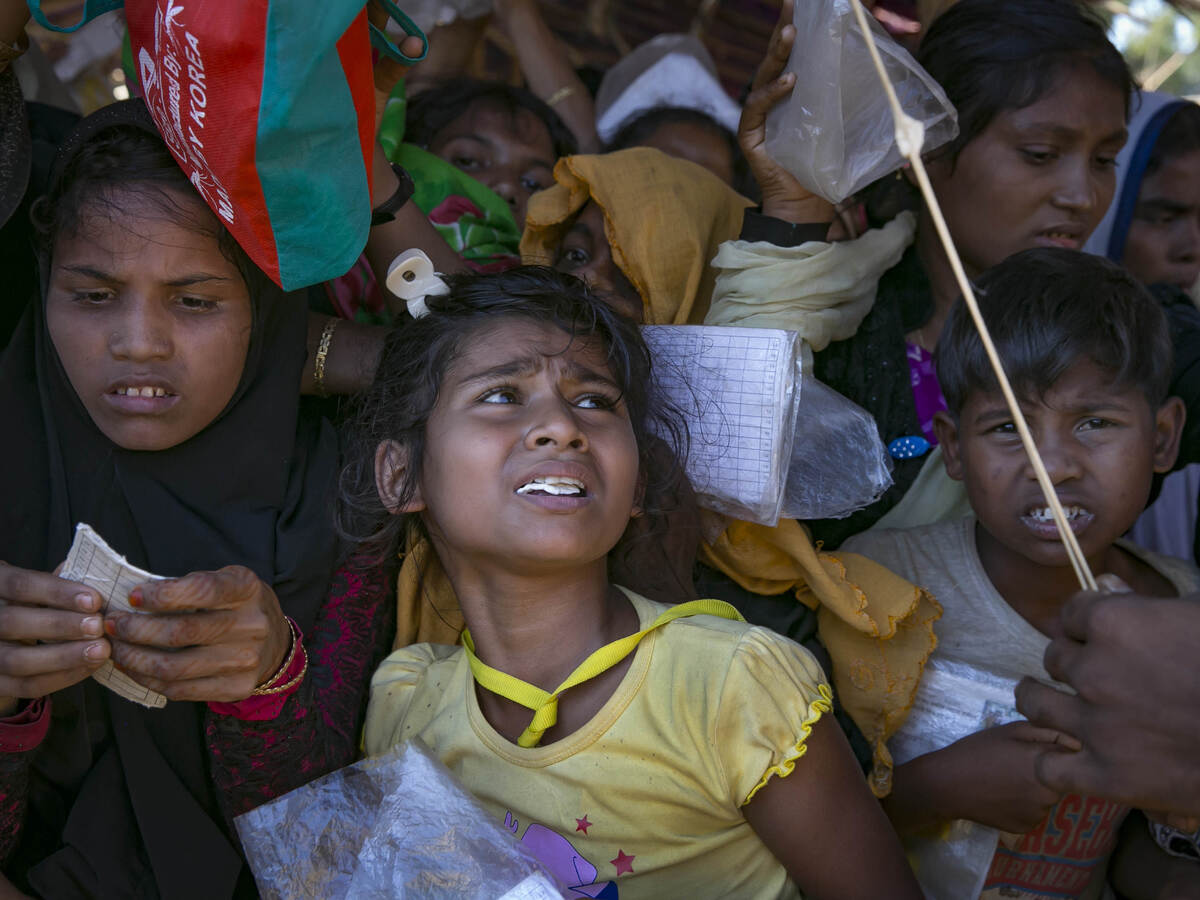 Recently arrived Rohingya refugees queue for relief aid as a man beats back the crowd with bamboo in November in Cox's Bazar, Bangladesh.

At least 6,700 Rohingya Muslims were killed in what has been described as "ethnic cleansing" in Myanmar's Rakhine state over a one-month period between August and September, according to the international aid group Doctors Without Borders.

The group, known by its French acronym MSF, conducted field studies to determine the number of people killed in the period Aug. 25, when a brutal crackdown by Myanmar's military began, and Sept. 24. Myanmar's widely disbelieved official count for the same period is just 400. Hundreds of thousands of refugees have streamed into neighboring Bangladesh since the violence began.

MSF's number includes at least 730 children under the age of five.

Myanmar has disputed the claims of ethnic cleansing, which include accusations of mass rape.

"The numbers of deaths are likely to be an underestimation, as we have not surveyed all refugee settlements in Bangladesh and because the surveys don't account for the families who never made it out of Myanmar," Dr. Sidney Wong, MSF's medical director, was quoted by The Guardian as saying.

Wong said the majority of those killed were shot, others were either burned or beaten to death.

"We heard reports of entire families who perished after they were locked inside their homes, while they were set alight," Wong said.

International estimates place the number of Rohingya who have fled Myanmar since August at nearly 650,000 – most arriving in Bangladesh, where they have are housed in massive refugee camps.

"[Those] who do manage to cross the border still report being subject to violence in recent weeks," Wong said.

As Michael Sullivan has reported for NPR, following the crackdown, witnesses and survivors report a systematic campaign of rape in addition to murder.

Michael reports: "Myanmar's government doesn't consider the Rohingya to be citizens; it says they are immigrants from Bangladesh who are living in Myanmar illegally. [The] Rohingya live in Rakhine state ... are almost entirely disenfranchised and need permission, for instance, to travel outside their own villages or to marry. Many are restricted to living in internment camps, segregated from the local Buddhist population."