Accessibility links
Airport Power Restored In Atlanta But Thousands Are Stranded : The Two-Way People traveling through the world's busiest airport struggled to get home after a power outage there forced hundreds of flight cancellations. Many travelers were stuck in grounded planes for hours.

Airport Power Restored In Atlanta But Thousands Are Stranded

Airport Power Restored In Atlanta But Thousands Are Stranded 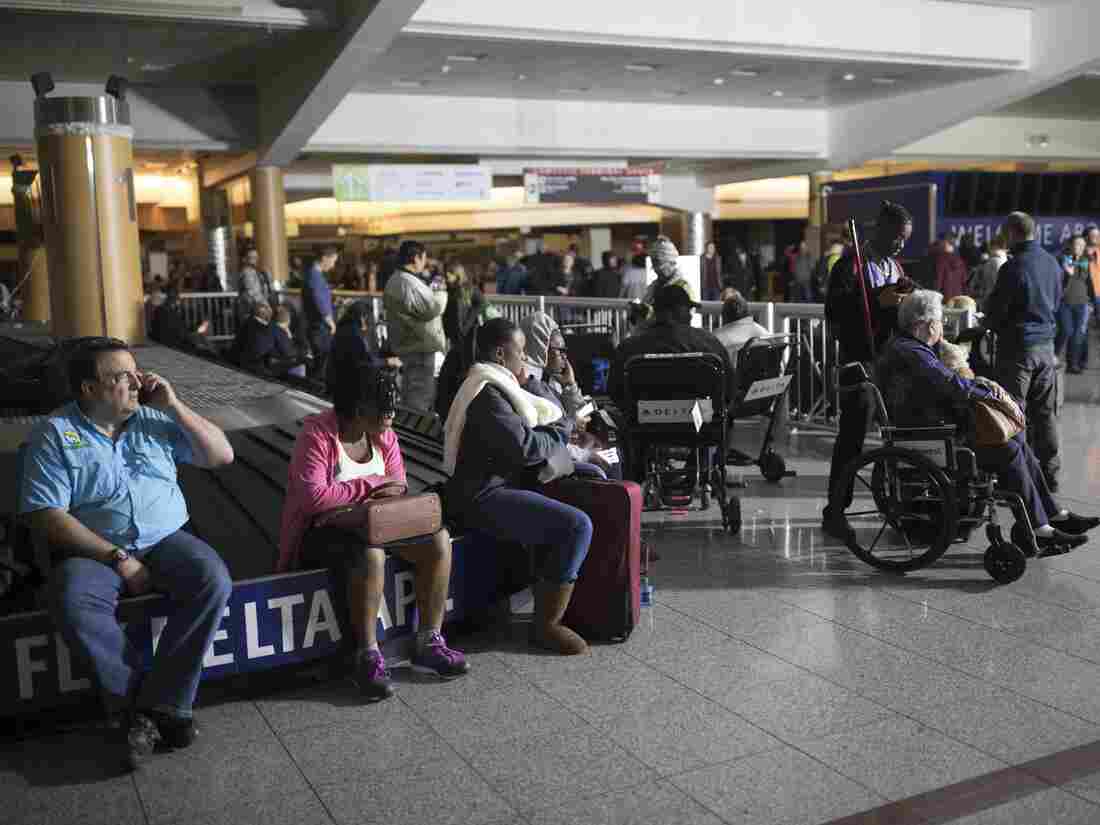 Passengers wait after the lights went out at Hartfield-Jackson Atlanta International Airport on Sunday. Many travelers were stuck in grounded planes for hours. Branden Camp/AP hide caption 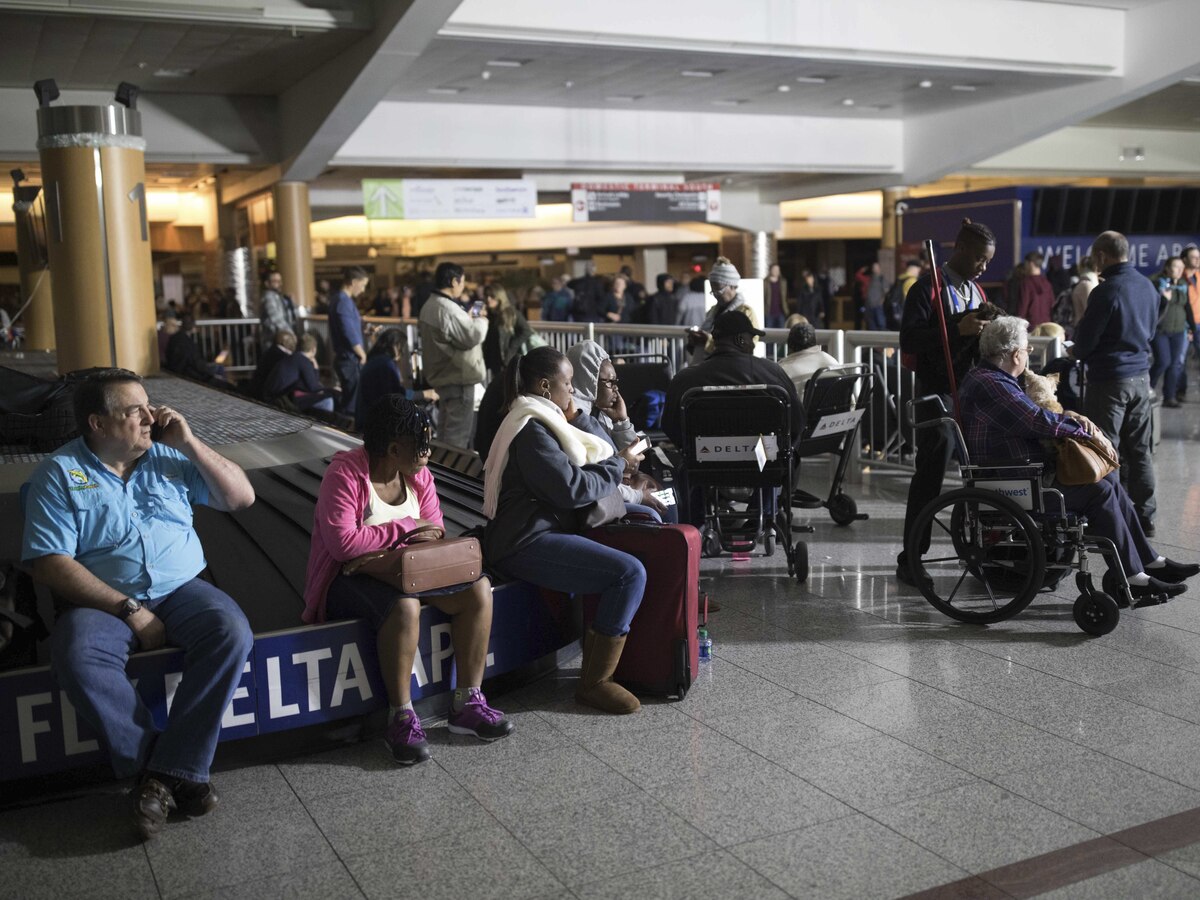 Passengers wait after the lights went out at Hartfield-Jackson Atlanta International Airport on Sunday. Many travelers were stuck in grounded planes for hours.

People traveling through Atlanta's Hartsfield-Jackson International Airport struggled to get home Sunday after a power outage there forced hundreds of flight cancellations.

Officials announced that power had been fully restored to the airport shortly after midnight.

The power went out early Sunday afternoon and hundreds of flights at the world's busiest airport ended up canceled. Many travelers were stuck in grounded planes for hours.

Power is back ON in Atrium and Concourses T, A and B!

Shortly after 10 p.m., Atlanta Mayor Kasim Reed tweeted that all passengers "have been safely de-planed."

Power was restored in some sections of the airport after 11 p.m.

Others, like Stephen Mack, were stranded in crowded terminals, Johnny Kauffman of member station WABE reported.

"We are all hungry, tired, frustrated," Mack said.

According to airport officials, Georgia Power said the outage was tied to a fire that caused extensive damage to an underground electrical facility.

Delta Air Lines said about 900 of its flights were canceled Sunday and about 300 flights will be canceled Monday. Southwest Airlines cancelled all of its flights in and out of Atlanta. And the effects were felt at other airports around the country.

In Atlanta, traffic backed up around the airport, and people walked miles to their hotels. The City of Atlanta tweeted it would provide shuttles to the Georgia International Convention Center "for anyone who needs a place to stay for the night."

Dr. Martha Brewer, an OB-GYN from Atlanta, and her wife were scheduled to fly to New York's JFK Airport to catch a flight to Barcelona. When they arrived at the Atlanta airport just after 2 p.m., Brewer said, "somebody was screaming at us that the power was out."

They made their way into a darkened terminal. "There were a ton of people in there and it was very dark except for a few emergency lights," Brewer said. "People were standing in line. Nothing was going on. There were no Delta people. Nobody was telling anybody anything.

"We found out what was going on by calling a relative to see if anything was on TV or to look on the Internet," Brewer said.

Finally, after waiting at the airport for about 90 minutes, they called a friend and asked her to hire an Uber to pick them up. After arriving back home, Brewer said the couple rebooked their flight to Barcelona for Monday.

They ended up taking an Amtrak train to New York.