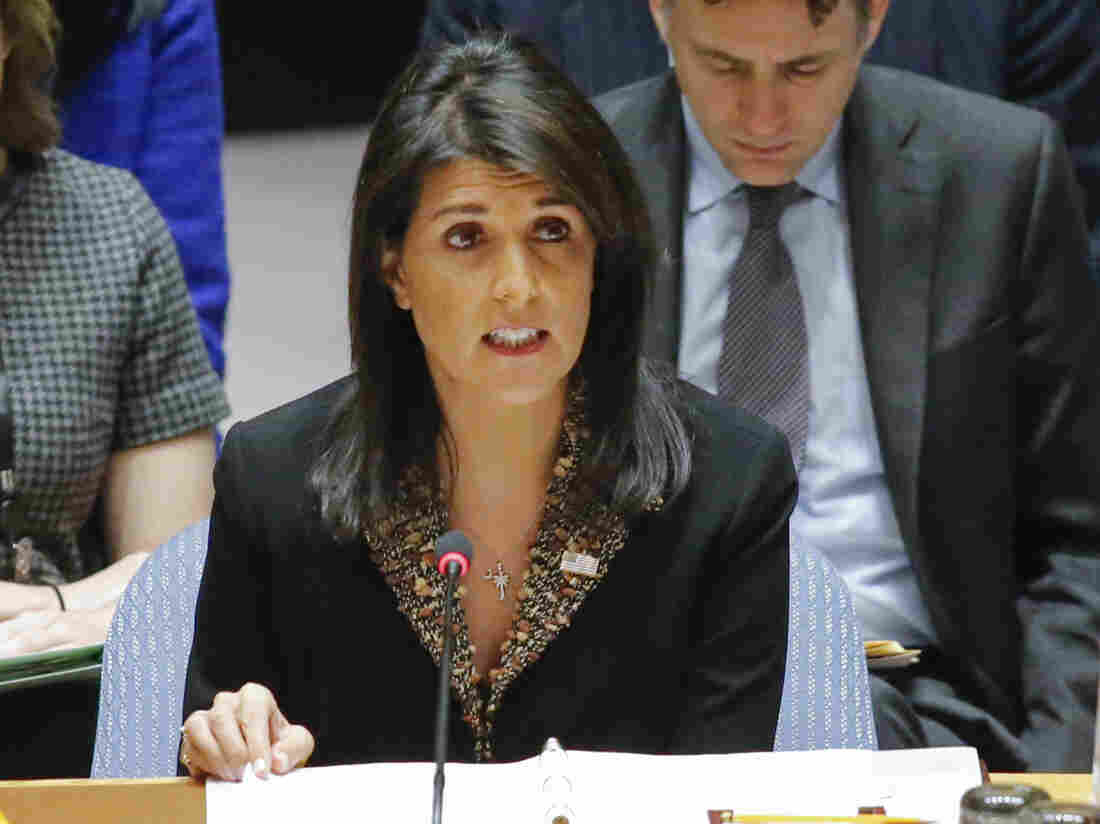 U.S. Ambassador to the U.N. Nikki Haley speaks during a Security Council meeting on Monday. The Council voted on a resolution that expressed "deep regret at recent decisions concerning the status of Jerusalem," without mentioning the U.S. by name. Kena Betancur/AFP/Getty Images hide caption 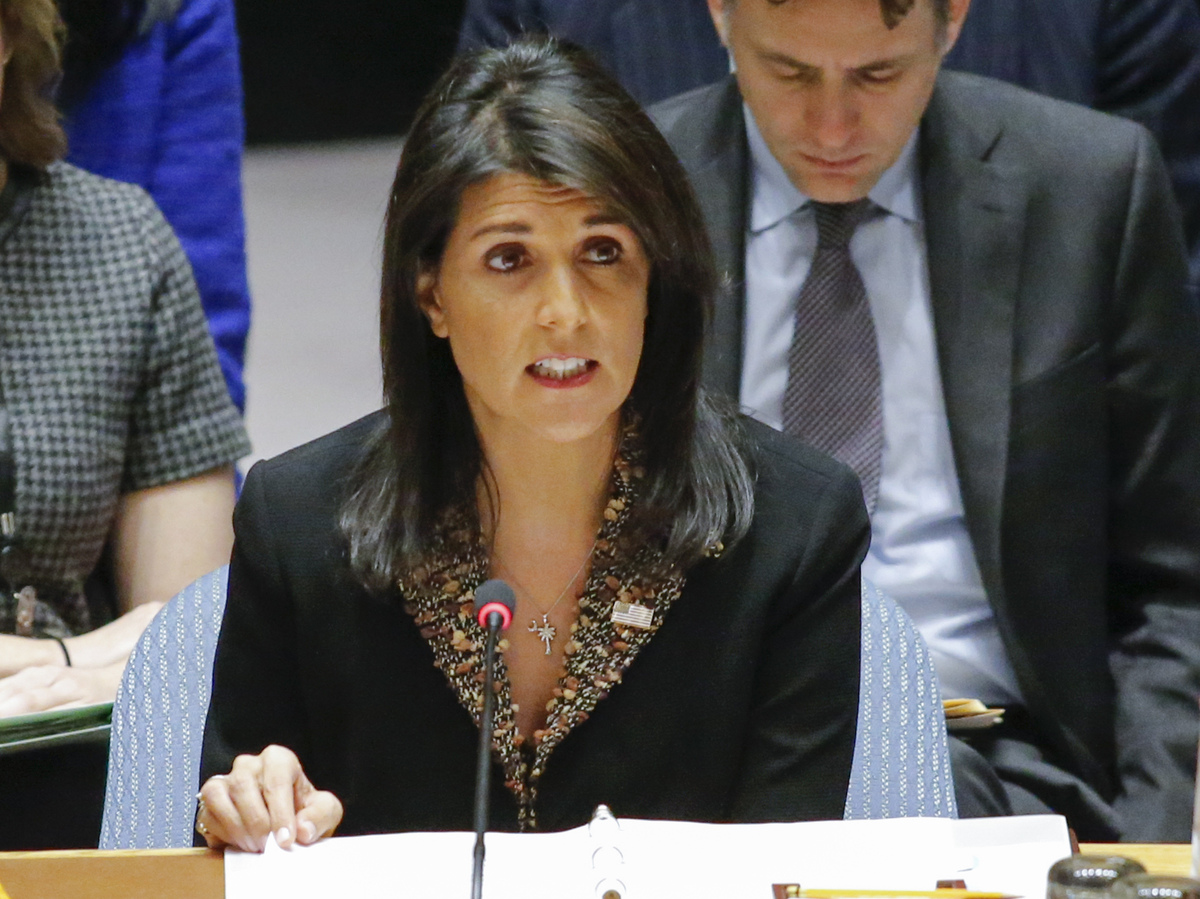 U.S. Ambassador to the U.N. Nikki Haley speaks during a Security Council meeting on Monday. The Council voted on a resolution that expressed "deep regret at recent decisions concerning the status of Jerusalem," without mentioning the U.S. by name.

The U.S. blocked a United Nations Security Council vote Monday on a resolution that called on all states to refrain from building diplomatic missions in Jerusalem.

U.S. Delegate to the U.N. Nikki Haley voted against the resolution, using the United States' veto power as a permanent member for the first time in more than six years. The Council's other 14 members, including France and Britain, all voted in favor.

Egypt drafted the text, which does not mention the United States or President Trump by name, but does refer to "deep regret at recent decisions concerning the status of Jerusalem" and calls for "reversal of the negative trends on the ground that are imperiling the two-State solution."

The recent decisions mentioned include President Trump's move to reverse decades of U.S. policy on Dec. 6 when he declared Jerusalem as the capital of Israel, and announced plans to move the American embassy there from Tel Aviv. U.S. policy had held that the status of Jerusalem is an issue to be decided in peace talks between Israeli and Palestinian leaders.

NPR's Michele Kelemen reported for newscast that Egypt sponsored the resolution in order to "demonstrate that much of the world opposes Trump's action, including U.S. allies on the security council, Britain and France, who see Jerusalem as a shared capital of Israel and a future Palestinian state."

The news set off demonstrations by Palestinians, followed by militants launching rockets in Gaza and Israeli airstrikes.

Palestinian Authority President Mahmoud Abbas has said the U.S. should no longer be involved in brokering a Israeli-Palestinian peace agreement.

After the vote, Haley lashed out at the other members of the Council, calling the proceedings "an insult" that "won't be forgotten."

Before the vote, Haley was sharply critical of the Obama Administration's abstention from voting on last year's Resolution 2334, which she called a "significant setback."

That resolution, which had 14 votes in favor, "reaffirmed ... that Israel's establishment of settlements in Palestinian territory occupied since 1967, including East Jerusalem, had no legal validity, constituting a flagrant violation under international law and a major obstacle to the vision of two States living side-by-side in peace and security, within internationally recognized borders."

The resolution also said that the Council would not recognize any changes to the June 4, 1967 lines, "including with regard to Jerusalem, other than those agreed by the two sides through negotiations."

"Given the chance to vote again," said Haley to the Council, "I can say with complete confidence, we would vote no and exercise our veto power."