Accessibility links
Trump's National Security Strategy Angers China : The Two-Way The report mentions China nearly two dozen times, but not once in a positive light. It follows the president's visit to Beijing in which he touted "great chemistry" with China's leader Xi Jinping. 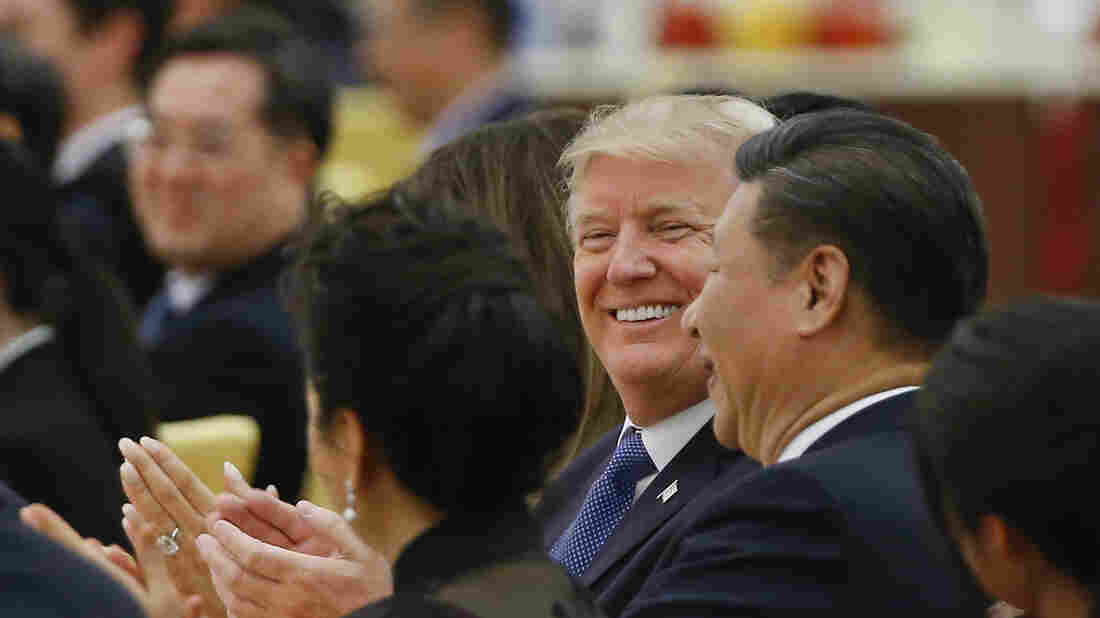 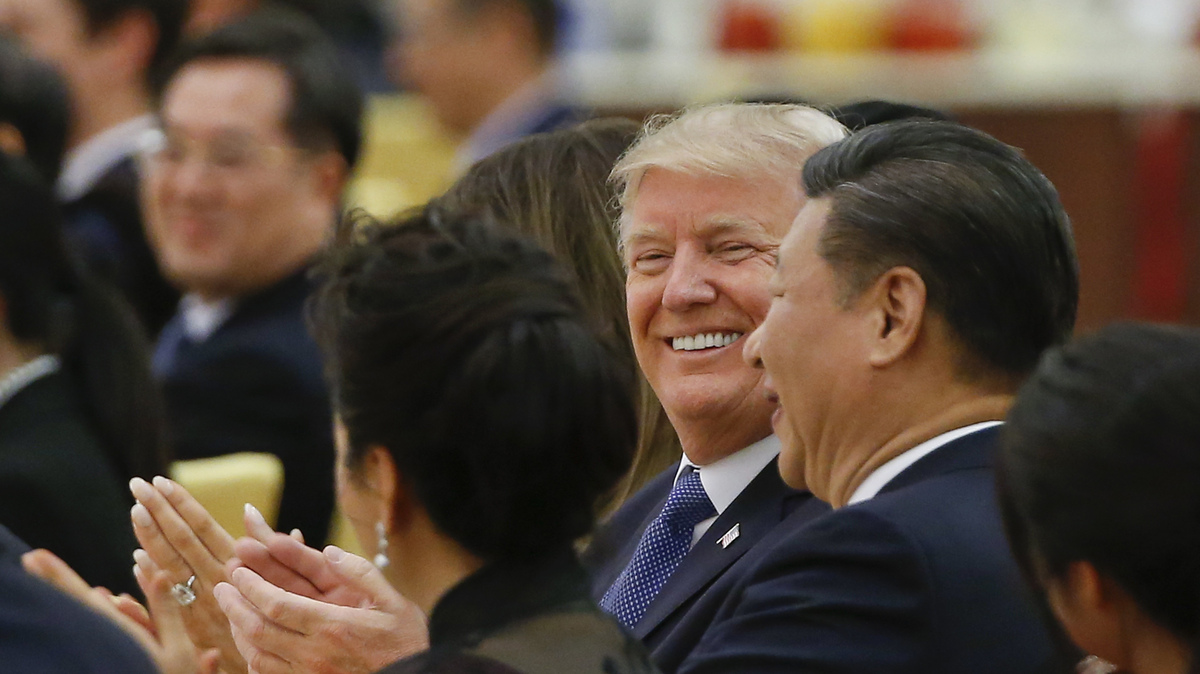 President Trump and China's President Xi Jinping attend a state dinner at the Great Hall of the People in Beijing last month.

Although candidate Donald Trump had little good to say about China, by the time President Trump visited Beijing as part of his Asian tour last month, he was touting the "great chemistry" enjoyed with Chinese leader Xi Jinping.

However, the administration's first national security strategy, unveiled on Monday, takes a hawkish stance on China — a departure from the days of President Barack Obama.

The report accuses China of seeking to "displace the U.S. in the Indo-Pacific region, expand the reach of its state-driven economic model and reorder the region in its favor."

"This is pretty much a direct about-face from where they were in the Obama plan, where they were talking about welcoming China's rise in a certain way," Graham Webster, a U.S.-China relations researcher at Yale Law School, tells Rob.

The "certain way" proviso is a reference to the Obama administration's cautious embrace, meant to acknowledge the rise of a global power while projecting hope that the inevitable rivalry between the U.S. and China could be a friendly one. The Obama White House had tried to nurture Beijing as a "strategic partner" with Washington.

By the end of Obama's second term, there were "victories" that both sides could point to, Webster says. "There was climate change and the Paris agreement, where China and the U.S. played a big role. There was cooperation on disaster response and public health. And there was even a breakthrough on cybersecurity that they thought they'd get to a position where they were promoting norms together," he says.

With the Trump administration, the Paris Agreement is already a dead letter. In the new national security strategy, China is mentioned 23 times, nearly twice as many times as it was in the Obama administration's last report. "[Not] once was China framed in a positive light," Rob notes.

It is very different from Trump's remarks in China last month in which he stood next to Xi saying the two sides had "a chance to strengthen ties and improve the lives of our citizens and stand together against those who threaten our civilization."

Instead, the new report harks back to the 2016 campaign trail, when candidate Trump was calling out China as a currency manipulator, before backing off as president months later.

The turnabout in Trump's new strategy seems to have caught Beijing by surprise. China's embassy in Washington had some choice words in response.

"It is completely egotistical for any nation to put its interests above the common interests of other nations and the international community. It will lead to a path of self-isolation," the embassy said in a statement.

"The Americans on one hand say they want to develop a partnership with China, but on the other hand they take an oppositional stance. This is contradictory," it said.

The report comes as the Trump administration is wrapping up a deep dive into Beijing's trading practices. Once those investigations are complete next year, they might lead to action against China in the form of tariffs and trade barriers.