Accessibility links
Is This The Saddest Christmas Tree In The World? : The Two-Way It's impossible to miss: Threadbare and thinly patched in pine needles, the tree towers over one of Rome's busiest plazas — but appears to have seen better days.

Is This The Saddest Christmas Tree In The World?

Is This The Saddest Christmas Tree In The World? 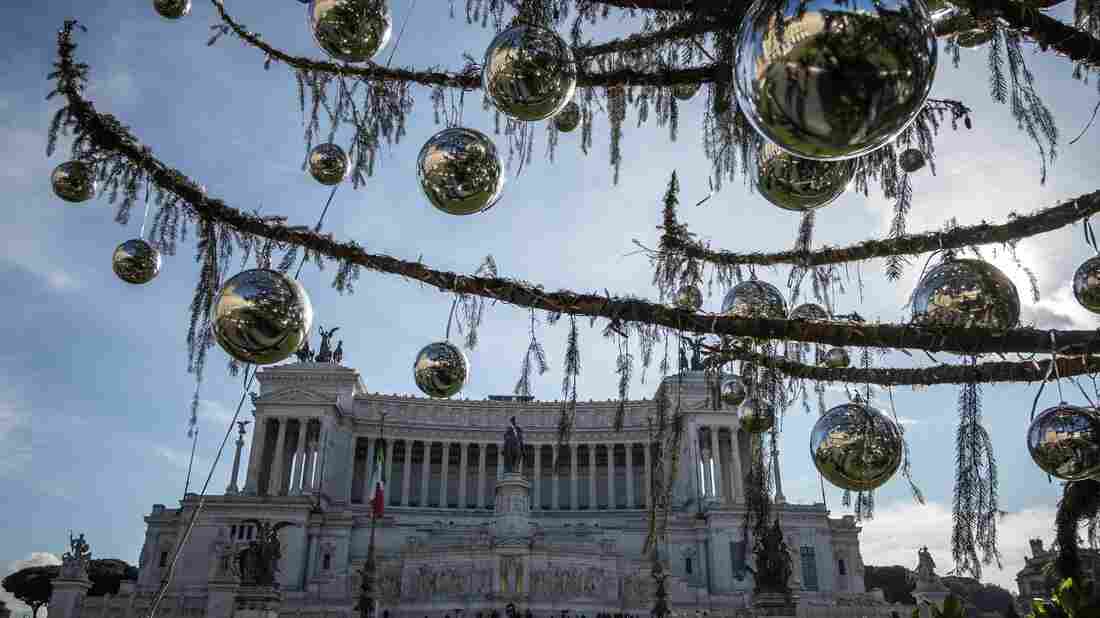 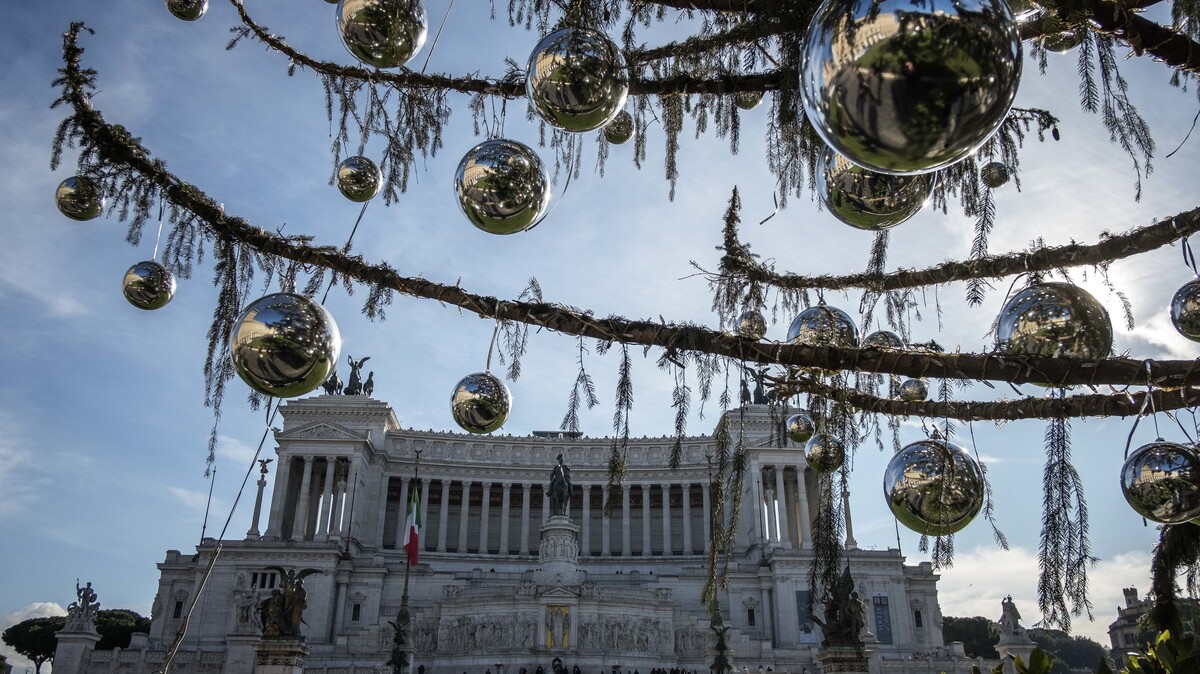 It wasn't supposed to be this way.

Pluck just about any Christmas carol off FM radio, and you've got a decent shot it'll be lauding the merits of a tree — a glorious yuletide pine with "lovely" branches, say, or with happy campers rockin' around it. In other words, carolers typically try to avoid comparing their Christmas tree to a toilet brush.

But then, there's little that's typical about the big tree now standing in one of Rome's busiest plazas. Nicknamed Spelacchio -- roughly "mangy" or "balding" in Italian — the Christmas tree has attracted mockery on social media for its long arms, patchy pine needles and such a disconcerting amount of air between its branches, one need not squint too hard to catch its likeness with a certain bathroom cleaning device.

Oh, and here's the other thing: It appears to be dead already.

City authorities conveyed the sad news to local media Monday, confirming to Corriere Della Sera what many onlookers had already feared: The tree, which was set up in the Piazza Venezia at a reported cost of more than $55,000, is utterly rootless and beyond saving at this point.

"It has no roots, but that is the practice," a representative of Rome's environmental department explained. "It's impossible to transport the roots and soil of a specimen this tall and imposing."

The suppliers who sent the tree, for their part, firmly dismissed any role on the tree's tragically early end, saying that at the outset it was "in excellent health."

"We do not point the finger at anyone," their spokesman Stefano Cattoi told the paper, "but something happened to that tree, it's obvious. It's undergone too much stress."

The city expects to open an investigation.

In the meantime, still nearly a week before Christmas, the city is set to watch its tree wither — and continue poking fun at what has become a beloved (or reviled) holiday scapegoat across the world. Unlike the unfortunate tree that had to be removed this week from Rhode Island's State House, poor Spelacchio has at least earned something of an international reputation, inspiring a popular hashtag, a parody Twitter account and more than a few unflattering comparisons.

There is, of course, that toilet brush we were talking about. Or perhaps Spelacchio is better described as a Shakespearean tragedy. Or Bernie, of Weekend at Bernie's fame.

But maybe the cruelest comparison is with another Christmas tree nearby, the full-bodied pine arrogantly flaunting its wellbeing from the Vatican. 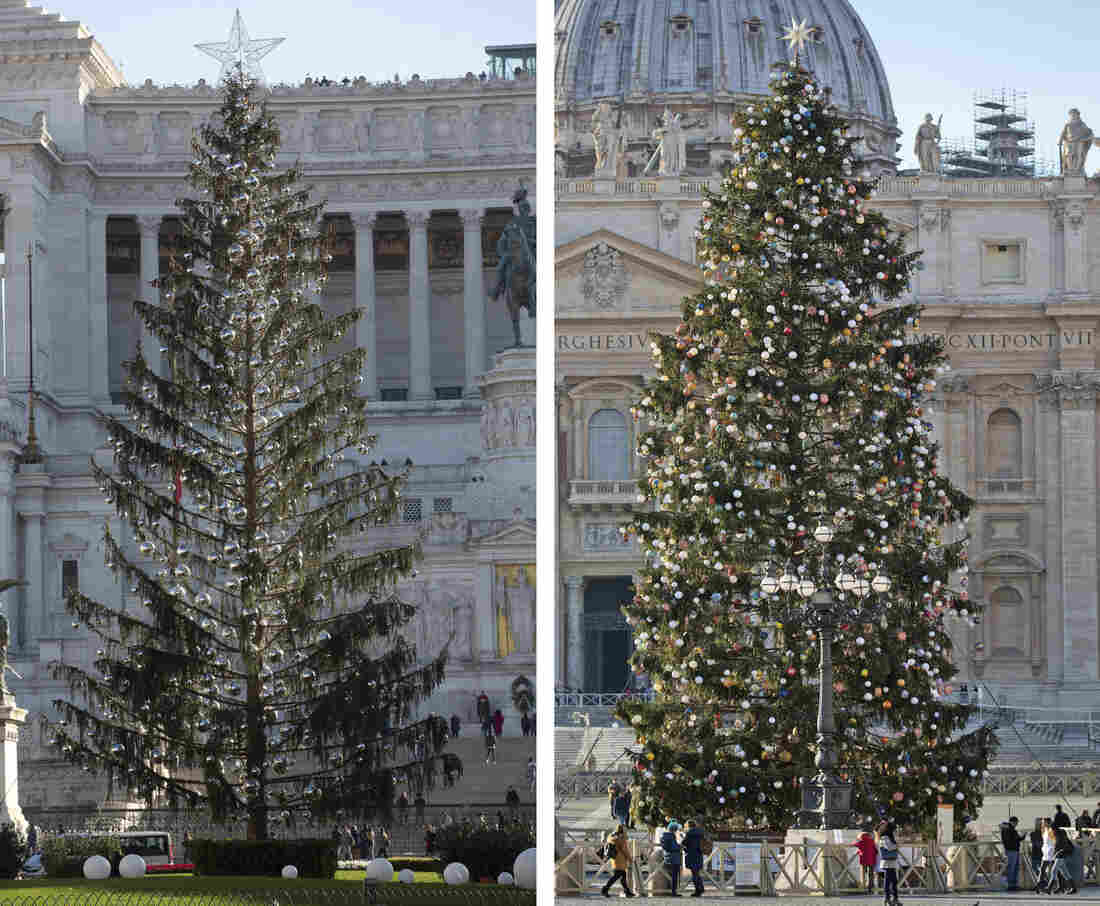 Rome's Christmas tree, nicknamed Spelacchio, stands side by side in this composite with the tree standing in St. Peter's Square at the Vatican. Alessandra Tarantino/AP hide caption

At any rate, the mourning for Spelacchio has already begun. Some enterprising fans scheduled a funeral for the tree on Christmas — though that ceremony appears canceled at the moment — and others grieved with a musical number.

All this to say what a carol never could: Rest in peace, sweet tree.