Accessibility links
19 Injured In Australia As SUV Mows Down Pedestrians In 'Deliberate Act' : The Two-Way Witnesses describe a white SUV smashing into pedestrians at high speed at an intersection in downtown Melbourne. Police say the driver has a history of drug use and mental health problems. 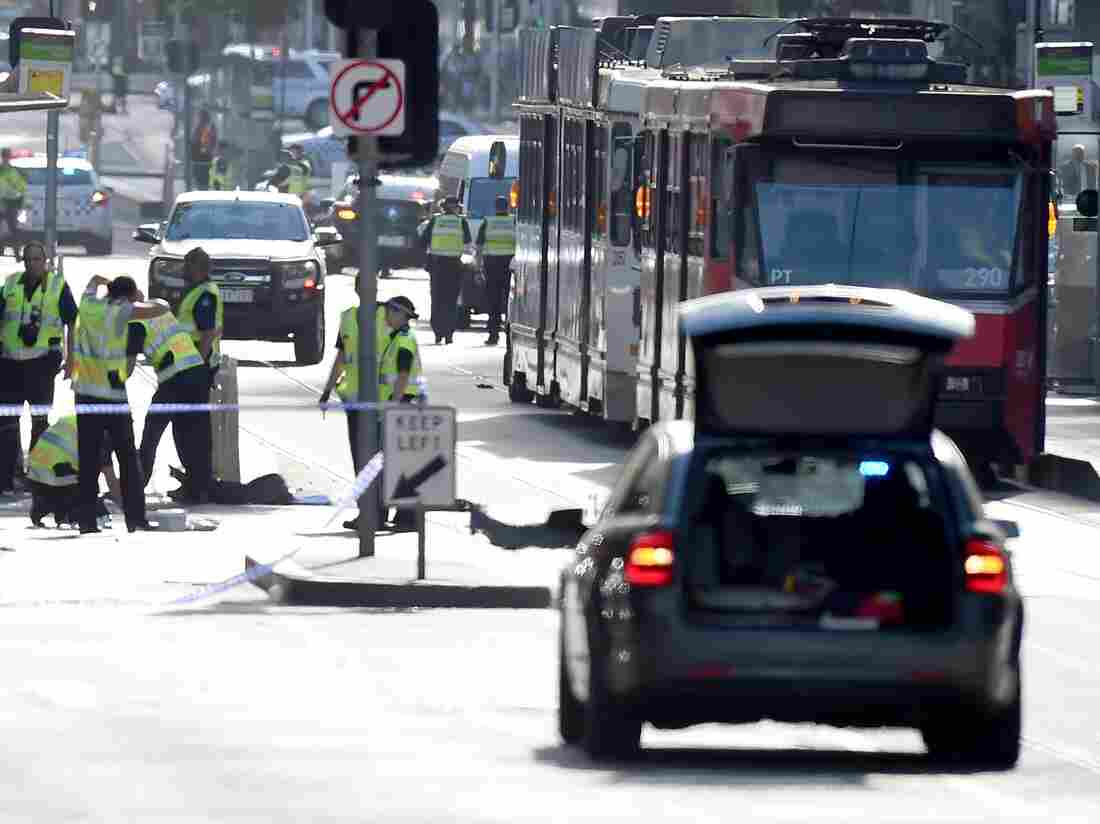 Police and emergency personnel work at the scene where a car plowed into pedestrians on Flinders Street in Melbourne on Thursday. Mal Fairclough/AFP/Getty Images hide caption 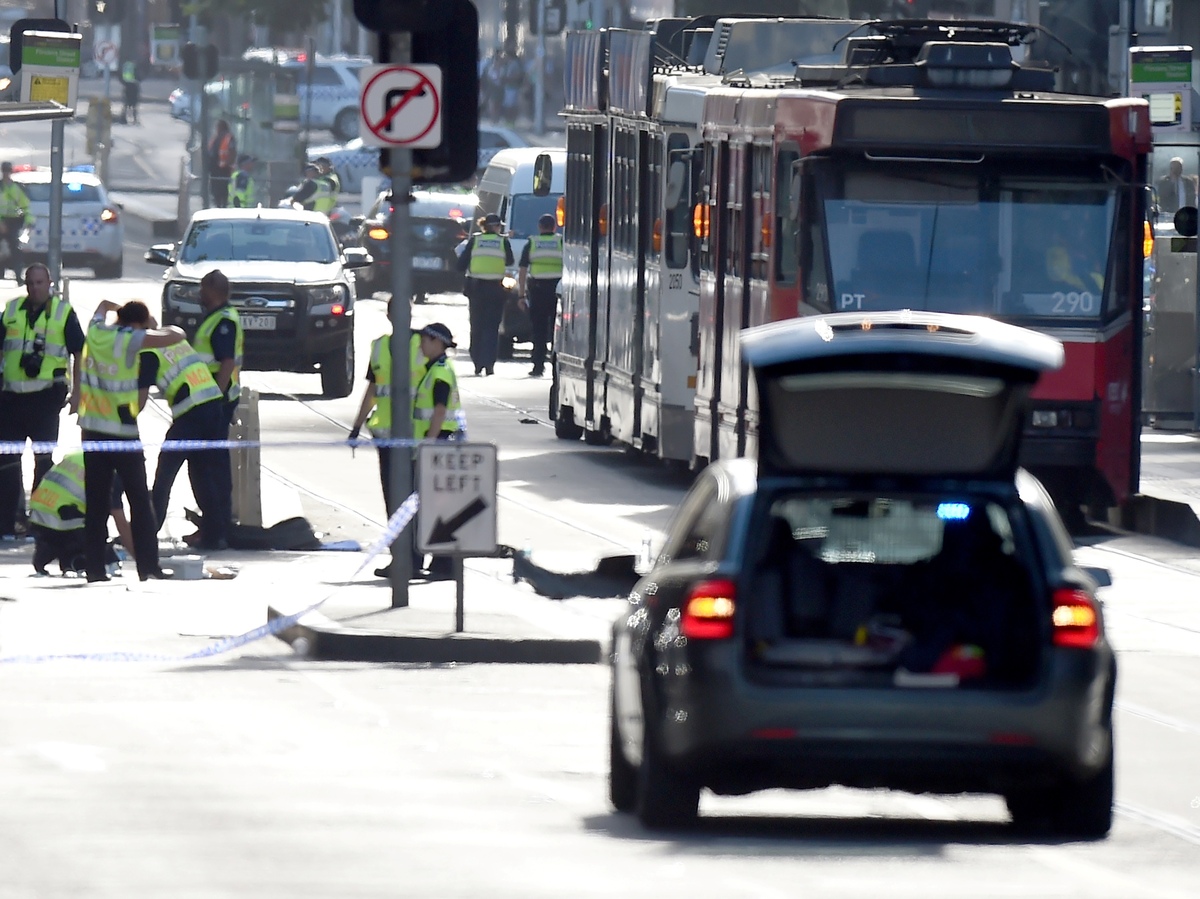 Police and emergency personnel work at the scene where a car plowed into pedestrians on Flinders Street in Melbourne on Thursday.

An SUV plowed through a group of pedestrians during rush hour Thursday in the city of Melbourne, injuring at least 19 people, in what police believe was a "deliberate act."

Two people are in custody after the incident near Flinders Street train station at about 4:45 p.m. local time in the southern Australian city of nearly 4 million people.

While police had earlier said 14 people had been injured, Victorian Premier Daniel Andrews confirmed that 19 people had been taken to hospitals. Four were listed in critical condition; a preschool-age child is believed to be among them, Australian media reported.

Later, Melbourne police said they had no immediate evidence to suggest it was terrorism-related.

"At this stage, we believe it was a deliberate act, but we don't yet know the motivation," Victoria Police Commander Russell Barrett said.

The driver, an Australian of Afghan descent, was known to police on "historical assault matters," The Associated Press reports. Police say the man has a history of drug use and mental health issues.

The car came to a halt after hitting what The Sydney Morning Herald describes as a "metal bollard," or post.

The newspaper, which identified the vehicle as a Suzuki Vitara, says bystanders "stepped in to restrain one of the men in the car."

NPR's Rob Schmitz reports that the vehicle appeared to have run a red light before striking the pedestrians.

"I saw a car, a SUV coming at high speed and really just heard the collision with people with bags and what must be shopping trolleys — and I hope not prams," or baby carriages, according to a witness identified only as John by the Australian Broadcasting Corporation.

He said the vehicle was traveling "at high speed," ABC says.

The Herald reports that "up to seven have been taken to hospital ... Officers are holding up tarps around some victims."

'It just mowed everybody down': Pedestrians hit by SUV in Melbourne CBD https://t.co/yunPefCNZI via @theage

Sue, another witness, who was working at a nearby doughnut shop, was quoted by local 3AW radio as saying she heard screams before she saw "people flying everywhere."

"We could hear this noise, as we looked left, we saw this white car, it just mowed everybody down," she told the radio station. "We heard thump, thump. People are running everywhere."

Thursday's incident took place near the location of a January vehicle attack in which four people were killed and about 20 injured. The driver was reportedly fleeing police after stabbing his brother, and it was not deemed a terrorist attack.