Accessibility links
In Special Election, Catalonians Put Pro-Independence Leaders Back In Power : The Two-Way Catalonia declared independence in October, only to see Madrid fire its leaders and strip their power. Tensions show no sign of fading away, with pro-secessionist groups once again in control.

In Special Election, Catalonians Put Pro-Independence Leaders Back In Power

In Special Election, Catalonians Put Pro-Independence Leaders Back In Power 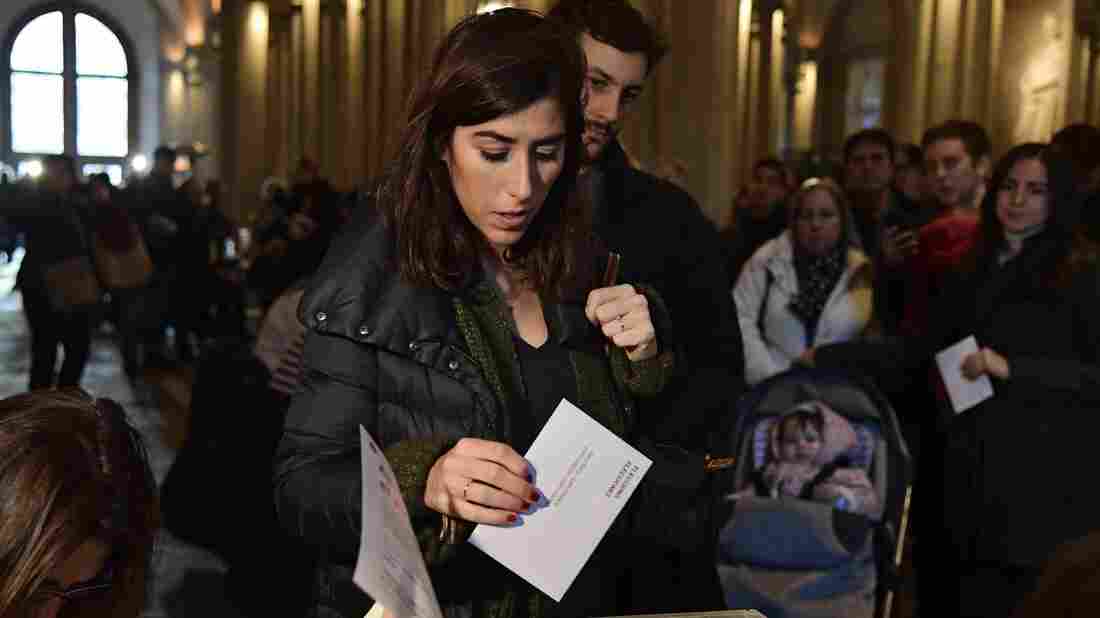 A woman casts her ballot in the Catalan regional election at a Barcelona polling station on Thursday. Javier Soriano/AFP/Getty Images hide caption 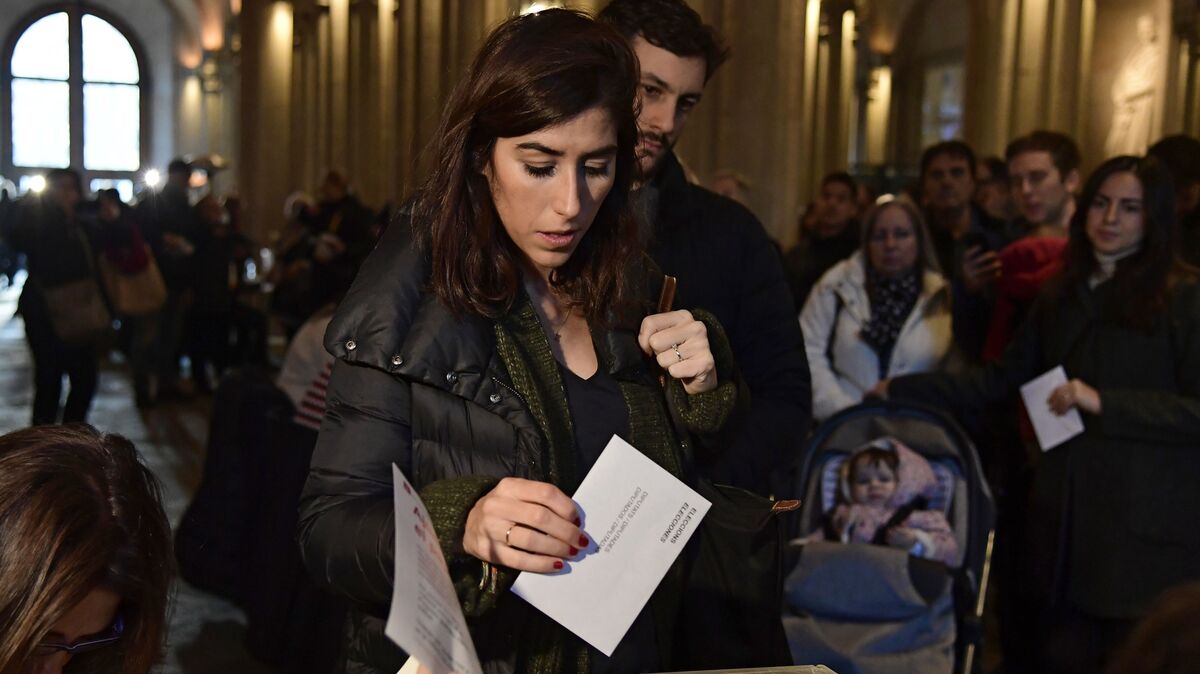 A woman casts her ballot in the Catalan regional election at a Barcelona polling station on Thursday.

Nearly three months since Catalans cast their votes for independence from Spain, setting off a weekslong showdown between their regional government and Madrid, Catalonia opened its polls again on Thursday — and promptly put pro-independence parties back in control, by a very slim margin.

That means tensions between the local leaders and the central government are going nowhere, and the tortuous saga continues.

"It was a close-run contest, reflecting how divided Catalan society is over the issue of secession," Guy Hedgecoe reports for NPR from Barcelona. Unionists — who support remaining a part of Spain — are well-represented in Catalonia and carried out massive protests over the region's independence bid.

"A unionist party, Ciudadanos, was the official winner, taking the most seats. But close behind it were two pro-independence parties, 'Together for Catalonia' and the 'Catalan Republican Left,'" Hedgecoe reports. "They and a third party secured a majority in the regional parliament."

The previous iteration of Catalonia's parliament had been dismissed by Spain's central government in late October, on the same day the lawmaking body unilaterally declared the region's independence. After they were sacked, several high-level Catalan politicians — including regional President Carles Puigdemont — fled the country for Belgium fearing they would be arrested, as indeed some other Catalan leaders were.

By returning pro-independence parties to control of the regional parliament, Catalans have dealt a major setback to Spanish Prime Minister Mariano Rajoy.

The question of independence was not explicitly on the ballot for Thursday's snap election, which Rajoy triggered in October. But the parliament, once again controlled by pro-independence parties, will decide whether and how the new Catalan parliament pursues greater autonomy.

About a half-dozen parties were running in all, and their positions ranged from demands for unilateral secession to calls for a closer union with Madrid — and just about everything in between.

Rajoy "called this election hoping a unionist victory would marginalize those wanting to break away," Hedgecoe reports. But instead, "this result will keep independence at the center of the political agenda."

"The candidate of Rajoy's Popular Party, Xavier Garcia Albiol, who came joint last, acknowledged that it was an overwhelming defeat.

" 'Today is a bad day for the Popular Party in Catalonia,' [he said.] 'It's bad because of our result but it's also bad in terms of the future of Catalonia. We are very worried about Catalonia's social and economic future with a possible pro-independence majority in the parliament.'

"The deposed president of Catalonia, Carles Puigdemont, fled to Belgium when direct rule by Spain was introduced. He was trying to avoid being put on trial for sedition. But Puigdemont said during the campaign that if he and his allies won this election, he would return to become Catalan president again.

"An arrest order against him is still in force, meaning he would probably be detained on arriving. But this election result now puts the Spanish government in a extremely uncomfortable position."

Puigdemont has commented from exile, The Associated Press reports, saying, "The Spanish state has been defeated. Mariano Rajoy has received a slap in the face from Catalonia."

Puigdemont did not say if he would, in fact, be returning to Barcelona, the AP notes.

In general, the wire service says, "the result leaves more questions than answers about what's next for Catalonia."