Accessibility links
Sportscaster Dick Enberg, Whose Career Spanned 60 Years, Dies At 82 : The Two-Way Enberg got his big break calling UCLA basketball games, then went on to do other events such as Super Bowls, Olympics and Final Fours. Enberg retired in 2016 after a six-decade career. 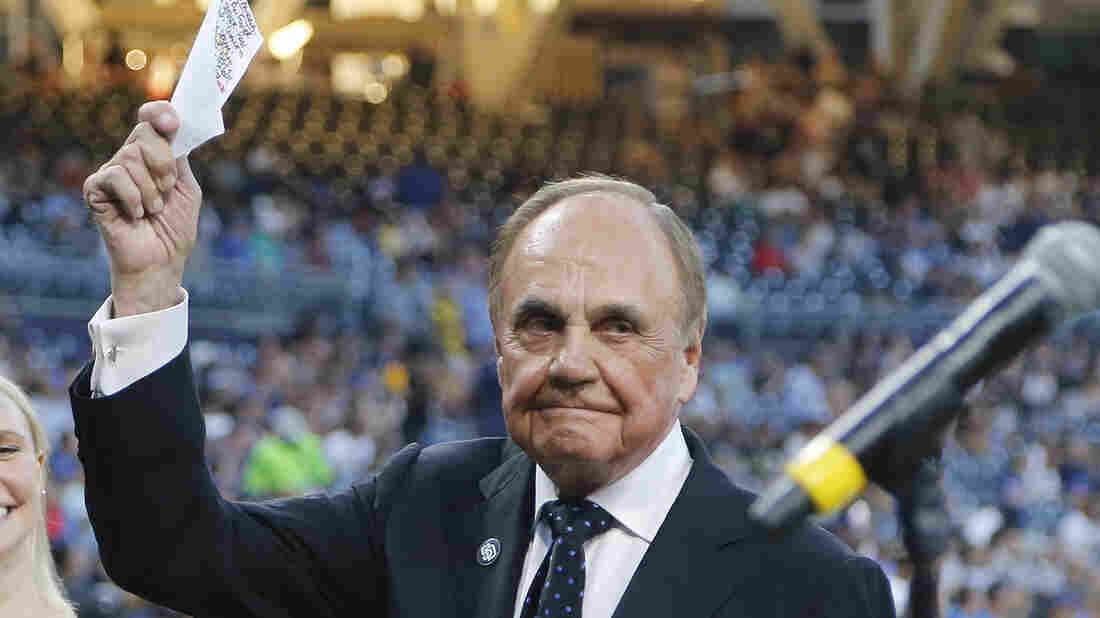 San Diego Padres broadcaster Dick Enberg waves to the crowd at a retirement ceremony prior to the Padres final home baseball game of the season on Sept. 29, 2016, in San Diego. Lenny Ignelzi/AP hide caption 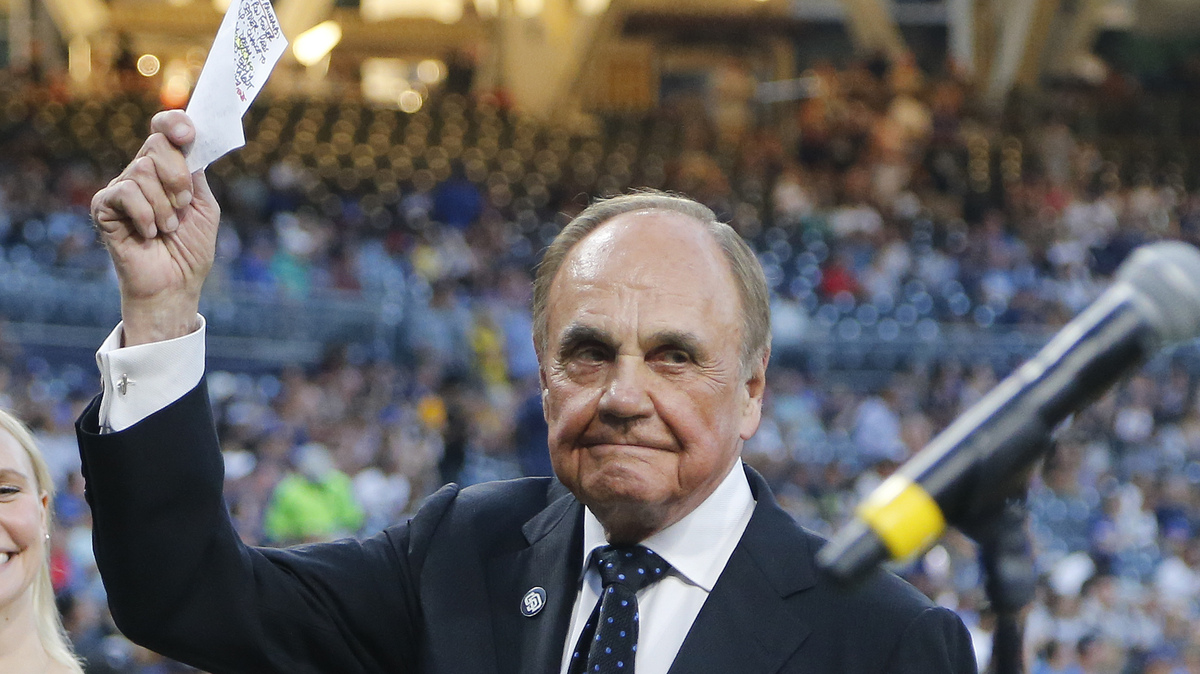 San Diego Padres broadcaster Dick Enberg waves to the crowd at a retirement ceremony prior to the Padres final home baseball game of the season on Sept. 29, 2016, in San Diego.

Legendary announcer Dick Enberg, whose amazing sportscasting career spanned six decades, died Thursday at the age of 82. He did play-by-play for college basketball, college and professional football and Major League Baseball. He also called other sporting events such as boxing, tennis, golf, horse racing and the Olympics.

Enberg retired from his TV job with the San Diego Padres in October 2016.

The team released a statement on Enberg's death:

"We are immensely saddened by the sudden and unexpected passing of legendary broadcaster Dick Enberg. Dick was an institution in the industry for 60 years and we were lucky enough to have his iconic voice behind the microphone for Padres games for nearly a decade. On behalf of our entire organization, we send our deepest condolences to his wife, Barbara, and the entire Enberg family."

Endberg was known for exclaiming "Oh my!" So much so, that his 2004 autobiography is titled: Dick Enberg, Oh My!

He also had a baseball catchphrase: "touch 'em all" for home run hitters.

Enberg's big break came when he was chosen to call UCLA basketball games. During that nine-year stint, the Bruins won eight NCAA titles.

When asked what was the most historically important event he covered, Enberg replied, "The Game of the Century." In that 1968 game, the University of Houston Cougars beat UCLA to snap the Bruin's 47-game winning streak.

During his time behind the microphone Enberg had many broadcast partners, including Al McGuire, Merlin Olsen and Don Drysdale.

"Barbara Enberg said the family found out later in the day when Dick Enberg failed to get off a flight in Boston, where they were scheduled to meet. She said her husband had appeared to be waiting for a car that was set to shuttle him to the San Diego airport for a 6:30 a.m. flight.

" 'He was dressed with his bags packed at the door,' she said. 'We think it was a heart attack.' "

An official cause of death has not been determined yet.