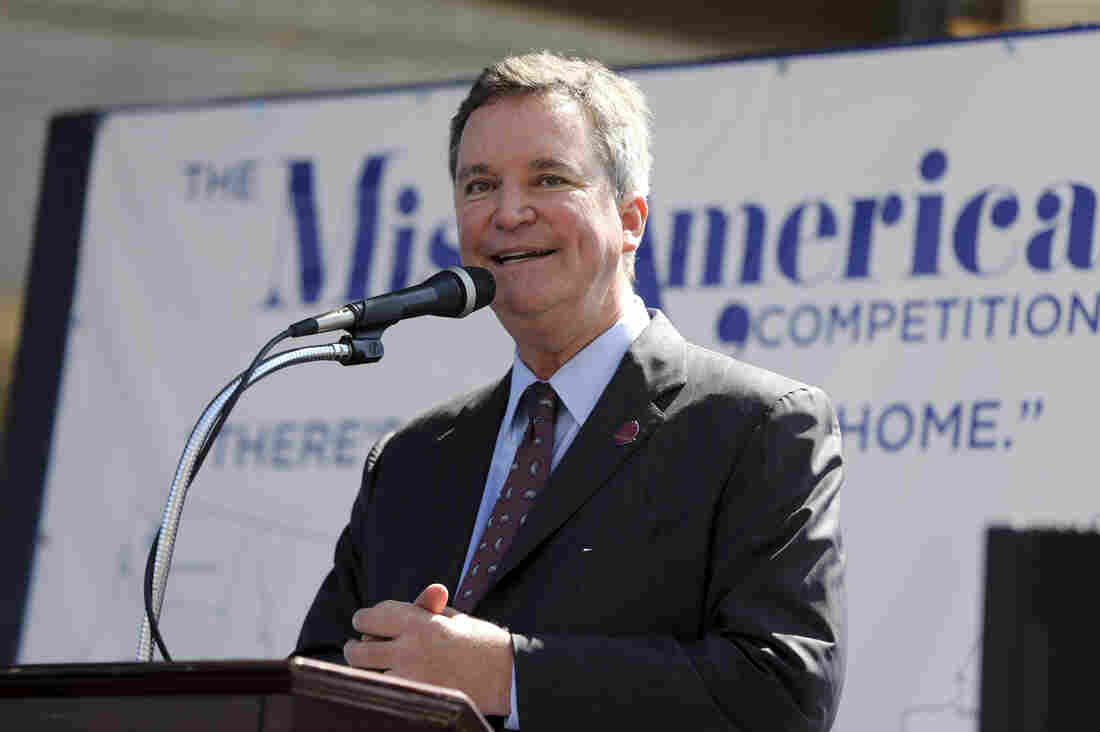 Sam Haskell, seen at the Miss America pageant arrival ceremonies last August, in Atlantic City, N.J., stepped down as CEO of Miss America Organization after emails leaked by HuffPost on Thursday implicated him among other top leaders in the abuse of former pageant contestants. Mel Evans/AP hide caption 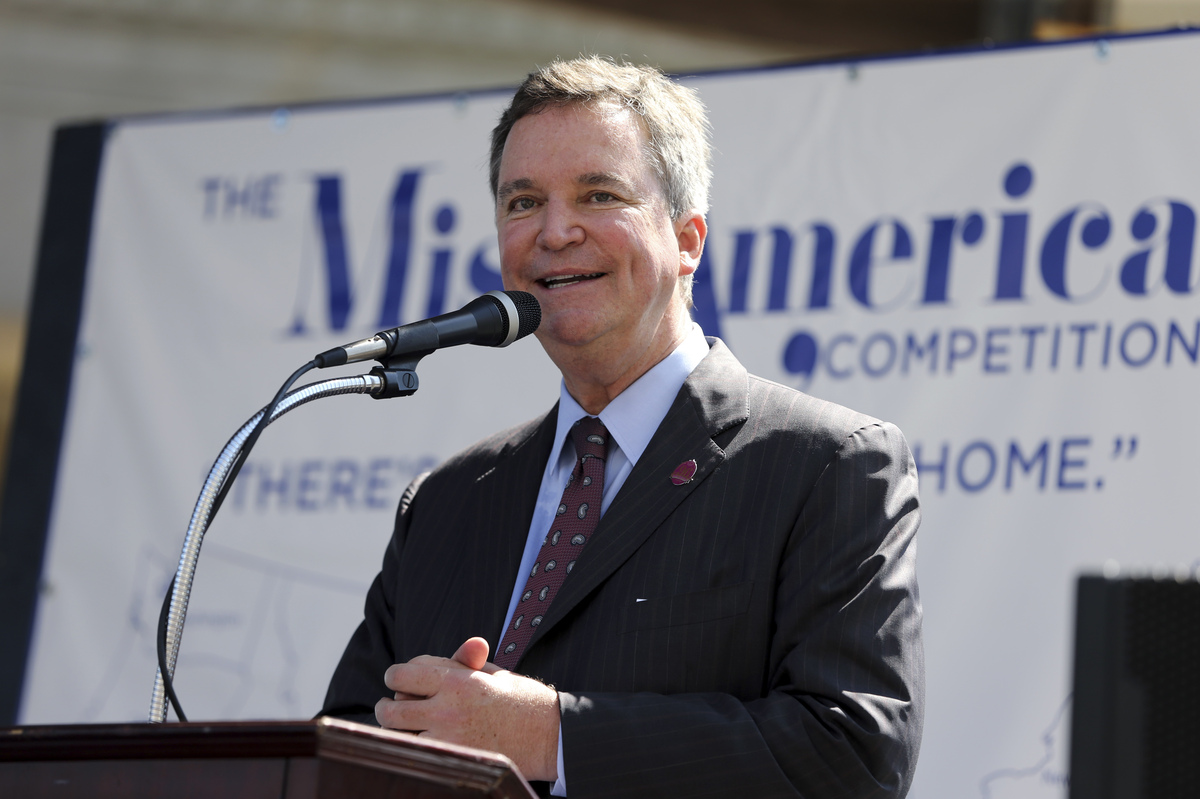 Sam Haskell, seen at the Miss America pageant arrival ceremonies last August, in Atlantic City, N.J., stepped down as CEO of Miss America Organization after emails leaked by HuffPost on Thursday implicated him among other top leaders in the abuse of former pageant contestants.

Three officials at the Miss America Organization are stepping down after having been implicated in emails published by HuffPost on Thursday that contained crude language disparaging former pageant winners.

The organization says it's accepted the resignations of its chief executive Sam Haskell and board chair Lynn Weidner, just a day after announcing it would suspend Haskell as it conducts an investigation into the matter. President Josh Randle also says he's stepping down. Haskell is "effective immediately," while Weidner and Randle will be kept on for several weeks to help with the leadership transition.

The scandal unfolded on Thursday after HuffPost broke the story that published correspondence from the Haskell, Randle, former lead telecast writer Lewis Friedman, and board members Tammy Haddad and Weidner. Haddad resigned on Friday. In their exchanges, the top leaders ridiculed the intellect, physical appearance and sex lives of past Miss Americas. Huffpost says it reviewed almost three years of internal Miss America Organization emails provided by two unnamed sources.

In a letter published by HuffPost on Friday, 49 former winners of pageants dating back to 1948 called for the resignation of top leadership — specifically, Haskell, Randle, Weidner and Tammy Haddad — whose behavior the women called "despicable."

"We stand firmly against harassment, bullying and shaming — especially of women — through the use of derogatory terms meant to belittle and demean," they wrote.

Following his suspension, Haskell apologized for "a mistake of words" in a statement Friday night, but said, "Much of what was reported is dishonest, deceptive, and despicable."

Saying he was under stress "from a full year of attacks by two Miss Americas, Haskell wrote, "This was not the CEO of an Organization laughing at inappropriate jokes and speaking about a former Miss America in email conversations. This was a father whose family was being attacked, and a man whose character was being assassinated daily, which impaired my judgment when responding to the inappropriate emails sent to me about them. For that, I deeply apologize. "

Randle tells The Associated Press his resignation was voluntary. He says the comments he made deriding the body weight of 2013 winner Mallory Hagan came months before he started working for the organization, but that his behavior was wrong.

"I apologize to Mallory for my lapse in judgment," Randle told the AP on Saturday. "It does not reflect my values or the values I worked to promote at the Miss America Organization. Although this terrible situation was not caused or driven by me, in light of recent events and new developments, I am no longer willing to continue in my capacity as president and earlier today offered my resignation to the MAO Board of Directors."

WNYC reporter Sean Carlson tells our newscast unit that Dick Clark Productions, which produced of the pageant's nationally televised broadcast from Atlantic City, N.J., has already severed ties with the organization over the emails.

Betty Cantrell, Miss America 2016, tells the AP she "lived under this misogynistic leadership for a year of my life, and I'm definitely glad to see all of this evidence come into the light."