Accessibility links
California Says Nestle Lacks Permits To Extract Millions Of Gallons Of Water : The Two-Way California regulators say Nestle lacks the legal permits for millions of gallons of water it extracts from the San Bernardino National Forest and sells under the Arrowhead brand. 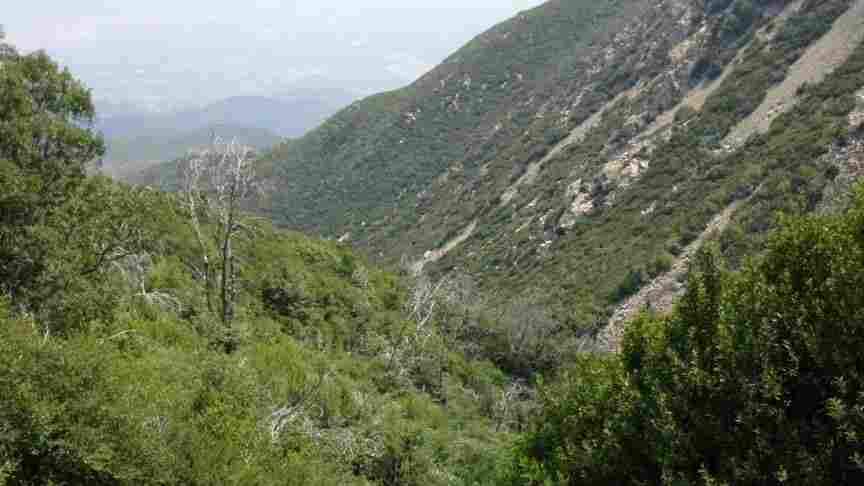 An image from a report by the State Water Board shows the area of the headwaters of Strawberry Creek in the San Bernardino National Forest. The board says Nestle lacks the permits it needs to extract all of the water it's been taking from the area. California State Water Board hide caption 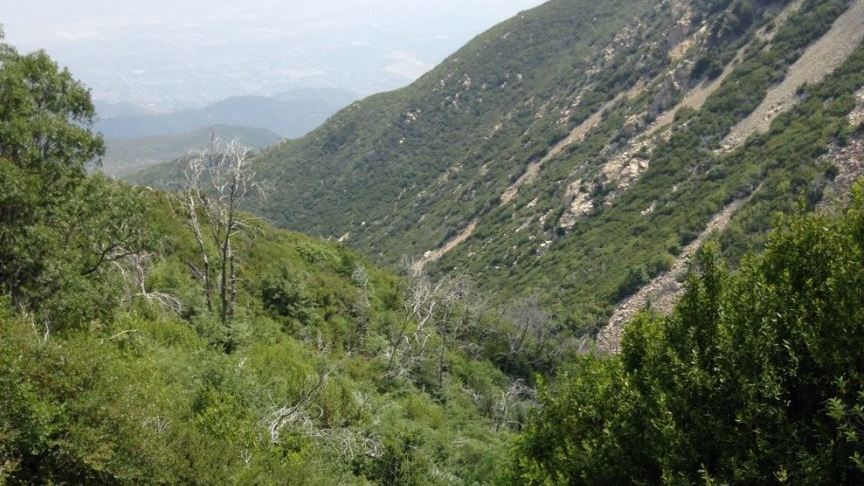 An image from a report by the State Water Board shows the area of the headwaters of Strawberry Creek in the San Bernardino National Forest. The board says Nestle lacks the permits it needs to extract all of the water it's been taking from the area.

California regulators say Nestle may have to stop collecting a large portion of the water it bottles from the San Bernardino National Forest, because it lacks the legal permits for millions of gallons of water. Nestle sells the water under the Arrowhead label.

The State Water Board says that of the 62.6 million gallons of water that Nestle says it extracted from the San Bernardino spring each year on average from 1947 to 2015, the company may only have a right to some 8.5 million gallons. Those numbers come from a nearly two-year investigation.

The state says Nestle should apply for a new permit and ensure that all of its water diversions comply with California regulations, laying out a timeline for the company to respond.

The Water Board began investigating after several complaints were made against Nestle during California's recent drought. Spurred by a 2015 report in the Desert Sun newspaper, the allegations against Nestle ranged from accusation that the giant company lacked full rights to the water it was selling to claims that its actions were harming the natural environment and its inhabitants.

Nestle has said it monitors its spring sites to be sure they don't cause problems, and the Water Board's report was less conclusive on those points. But Nestle wasn't able to satisfy Water Board investigators who wanted to clarify how much water the company could lawfully extract.

When the Desert Sun published its story about Nestle's Arrowhead operation back in 2015, the newspaper's Ian James told NPR, "Nestle has 11 spring sources that it uses in California as well as five bottling plants. And the water that's bottled comes both from springs as well as from other supplies pumped directly from groundwater or from municipal supplies."

In that 2015 story, James said that he found California lacked reliable state-wide oversight data on the bottled-water industry.

California's State Water Board recently sent Nestle a letter summarizing its report. As for what the company must do now, the board issued a string of recommendations, giving Nestle 60 days to submit a compliance plan and 90 days to submit an investigation and monitoring plan.

"Nestle said it was too soon to say what impact, if any, the letter would have on Arrowhead bottled water. A spokeswoman said she was pleased that the report reaffirms Nestle holds valid rights to 'a significant amount' of water."

Water from the headwaters of Strawberry Creek in the San Bernardino National Forest has been bottled since the late 1800s — and Nestle had told California regulators that the claim to the water by the original owner of the Arrowhead Springs Hotel had extended through the years to the Swiss multinational.

Water Board officials did not agree, saying that while the hotel's use was riparian — taking place at the water's origin — Nestle couldn't convert that to an "appropriative use."

The board left open the possibility that Nestle could make a valid claim to extract more water from the forest land.