Accessibility links
Roy Moore's Defeat By Doug Jones In Senate Race Is Certified By Alabama Board : The Two-Way The Alabama Republican claimed election fraud was "sufficient to overturn the outcome." But Secretary of State John Merrill said his office found that several fraud claims that circulated were "lies." 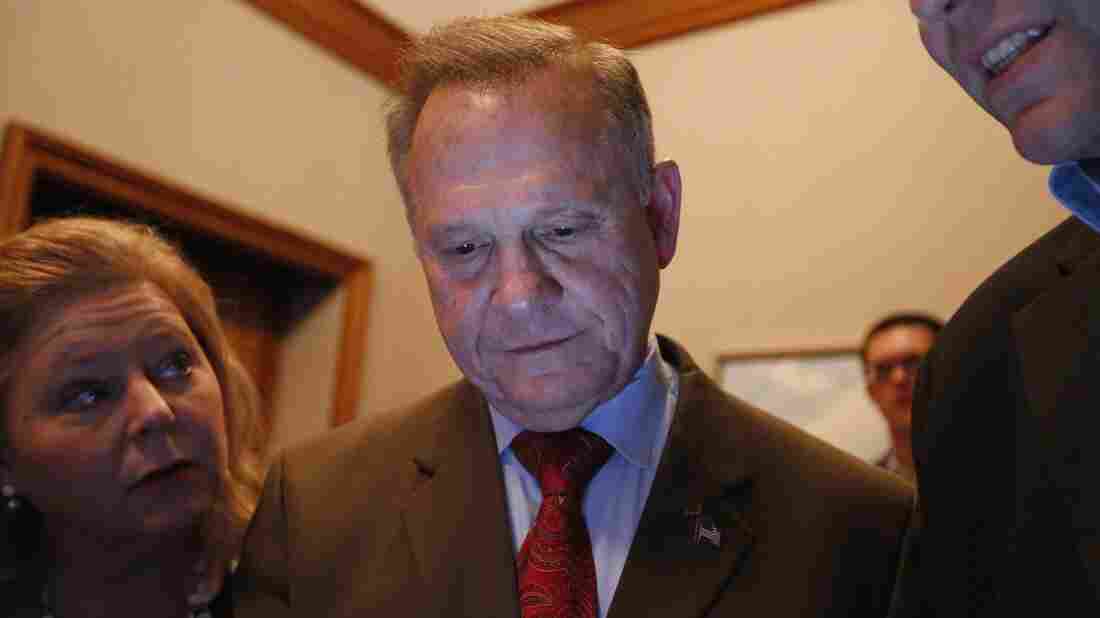 Roy Moore, seen here watching election returns in his Senate race, had called on Alabama officials to not certify the results of the special election that he lost to Democrat Doug Jones. An Alabama judge rejected the request Thursday, and Jones was certified the winner. Brynn Anderson/AP hide caption 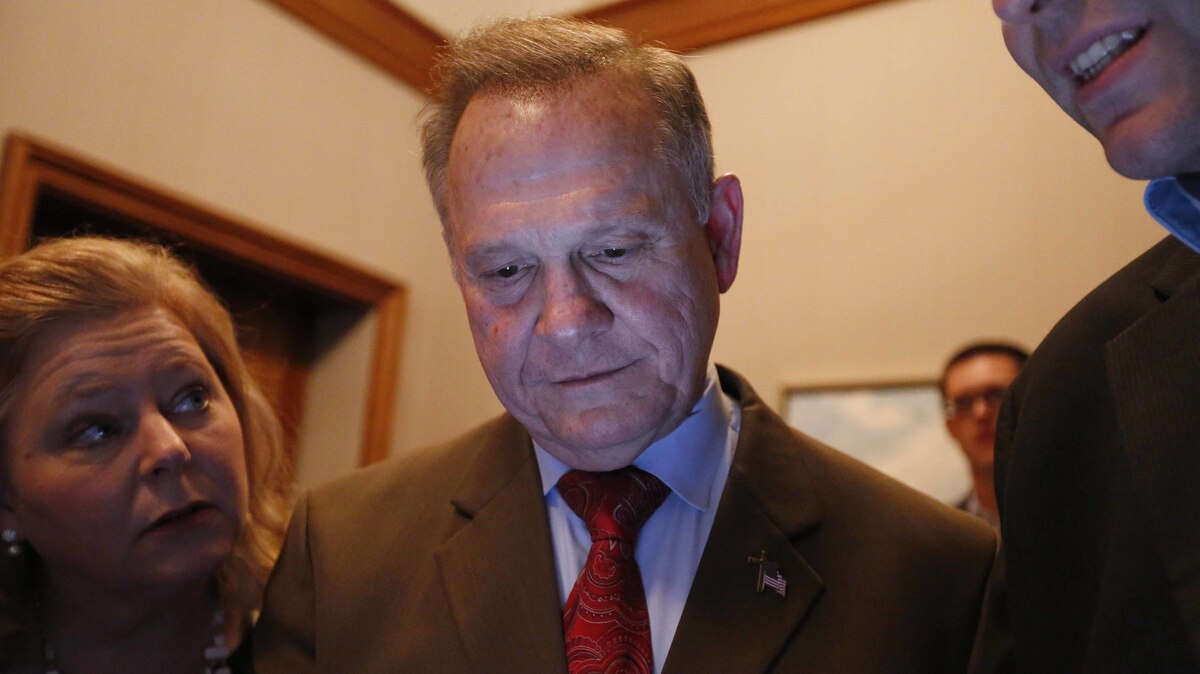 Roy Moore, seen here watching election returns in his Senate race, had called on Alabama officials to not certify the results of the special election that he lost to Democrat Doug Jones. An Alabama judge rejected the request Thursday, and Jones was certified the winner.

Republican Roy Moore's upset loss to Democrat Doug Jones is now official, after Alabama's State Canvassing Board certified the results of the special election for a seat in the U.S. Senate early Thursday afternoon.

"I am looking forward to going to work for the people of Alabama in the new year," Sen.-elect Jones said in a statement. "As I said on election night, our victory marks a new chapter for our state and the nation."

Today marks a new day for Alabama and our nation. pic.twitter.com/iPgt4D1jPw

The certification came shortly after an Alabama judge rejected Moore's request to delay the move, a bid to block certification of the election he narrowly lost early this month. In his complaint, Moore alleged election fraud was "sufficient to overturn the outcome of the election." He also called for an investigation and possibly a new election.

"Alabama Secretary of State John Merrill says his office has found no evidence of voter fraud," Andrew Yeager of member station WBHM reports, adding that Moore's complaint "also says Moore has taken a polygraph test, which shows allegations of sexual misconduct against him are false."

Moore, a controversial former judge, lost to Jones on Dec. 12, in a race that was marked by numerous allegations that Moore was guilty of having sexual contact or inappropriate relationships with teenage girls when he was in his 30s. The special election was held to replace Jeff Sessions, who left the Senate to serve as President Trump's attorney general.

Merrill spoke about the complaint with Jeremy Hobson of NPR's Here & Now on Thursday. When asked whether the certification might be in jeopardy, Merrill answered, "Not that I'm aware of, unless there's some kind of court injunction that's issued between now and the time that certification will occur, which is 1 p.m. Central Time, this afternoon."

No such injunction was issued.

As for reports of voter fraud like those alleged by Moore, Merrill said that while around 40 cases remain active, "the four most serious charges that we've received have all been vetted and all been cleared" by his office.

Citing a case that he said was "very concerning to a lot of people," Merrill described reports of a town with 2,200 residents — and where more than 5,000 votes were recorded. That supposedly happened south of Birmingham in a town called Bordalama.

"That is very, very frightening to think that that occurred," Merrill said, "except when you realize that there is no town or community in the state of Alabama called Bordalama. So, that was all fictitious. It was made up; it was just a lie that started on the Internet."

Other cases that were disproved, he said, included claims that busloads of African-Americans and vanloads of Mexicans had been brought to vote in Alabama. Those stories were all lies, Merrill said.

Merrill also said he was able to identify a young man who appeared on local TV on election night — and seemed to suggest people had come from other states to vote for Jones. Merrill's office determined that while the man had indeed moved to Alabama, he was also employed there and had been registered to vote.

More than two weeks after the special election, Moore had still not conceded the race to his opponent. In addition to the court filing, Moore asked his supporters to call Alabama Gov. Kay Ivey and Attorney General Steve Marshall and ask them to delay certification of the vote.

Announcing his last-ditch challenge, Moore said that three election integrity experts had found evidence of fraud. One of the experts he quoted is a self-described JFK conspiracy theorist and election analyst named Richard Charnin, who said that the outcome in some Alabama precincts had a "less than one in 15 billion" chance of occurring naturally.