Accessibility links
How Pirates Of The Caribbean Hijacked America's Metric System : The Two-Way In 1793, French scientist Joseph Dombey boarded a ship bound for the United States carrying with him a standard kilogram weight. Thanks to pirates, he and the weight never arrived. 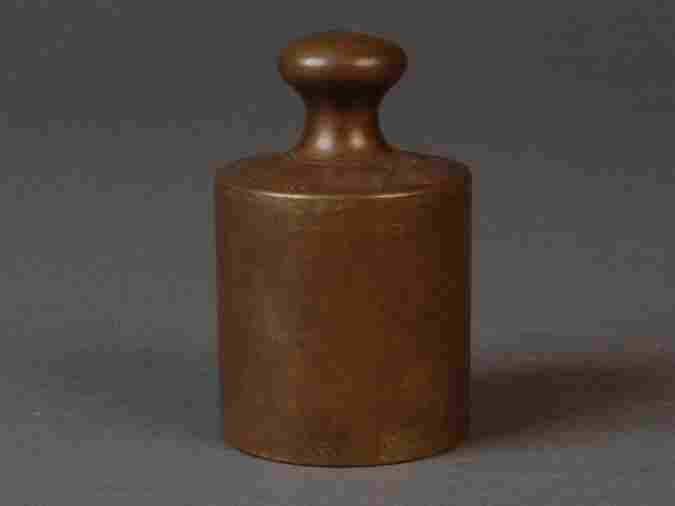 This 1793 grave is an early version of the kilogram. It is possible this object, now owned by the National Institute of Standards and Technology museum, was once pirate treasure. NIST Museum hide caption 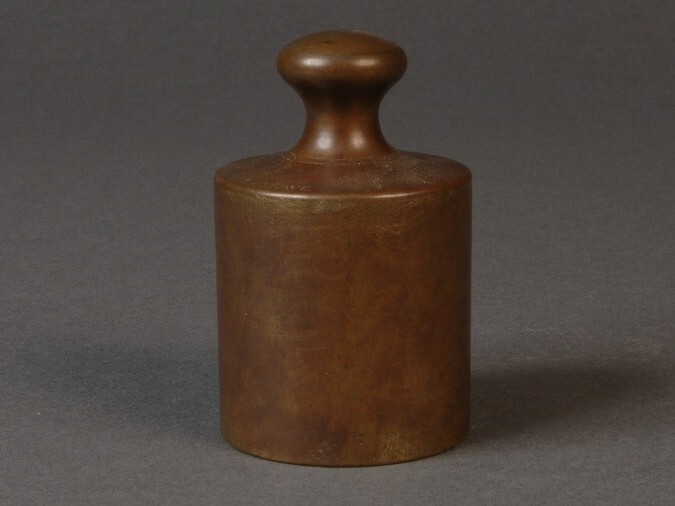 This 1793 grave is an early version of the kilogram. It is possible this object, now owned by the National Institute of Standards and Technology museum, was once pirate treasure.

If the United States were more like the rest of the world, a McDonald's Quarter Pounder might be known as the McDonald's 113-Grammer, John Henry's 9-pound hammer would be 4.08 kilograms, and any 800-pound gorillas in the room would likely weigh 362 kilos.

One reason this country never adopted the metric system might be pirates. Here's what happened:

In 1793, the brand new United States of America needed a standard measuring system because the states were using a hodgepodge of systems.

"For example, in New York, they were using Dutch systems, and in New England, they were using English systems," says Keith Martin, of the research library at the National Institute of Standards and Technology.

This made interstate commerce difficult. 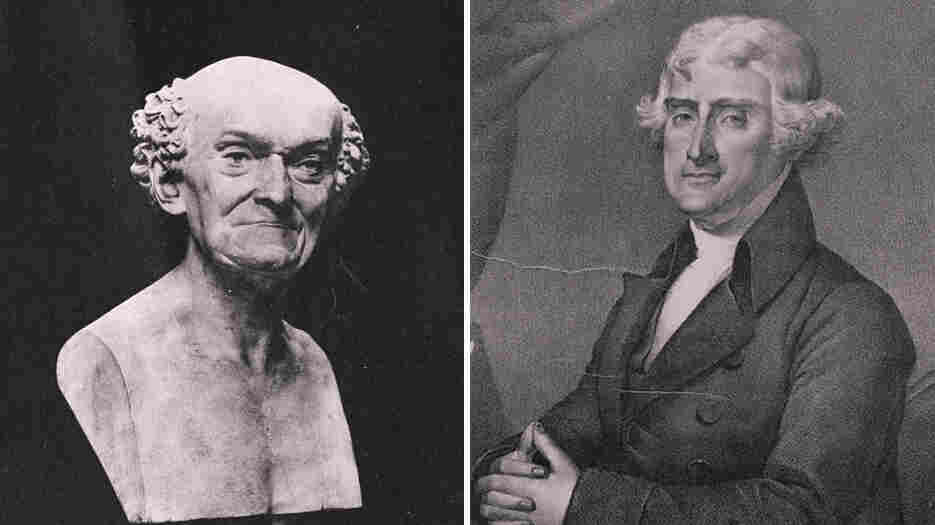 French scientist Joseph Dombey (shown in a bust at left) was dispatched to the U.S. in the mid-1790s to share the early metric system, at the request of Secretary of State Thomas Jefferson. Keith Martin (Fed)/NIST Museum hide caption 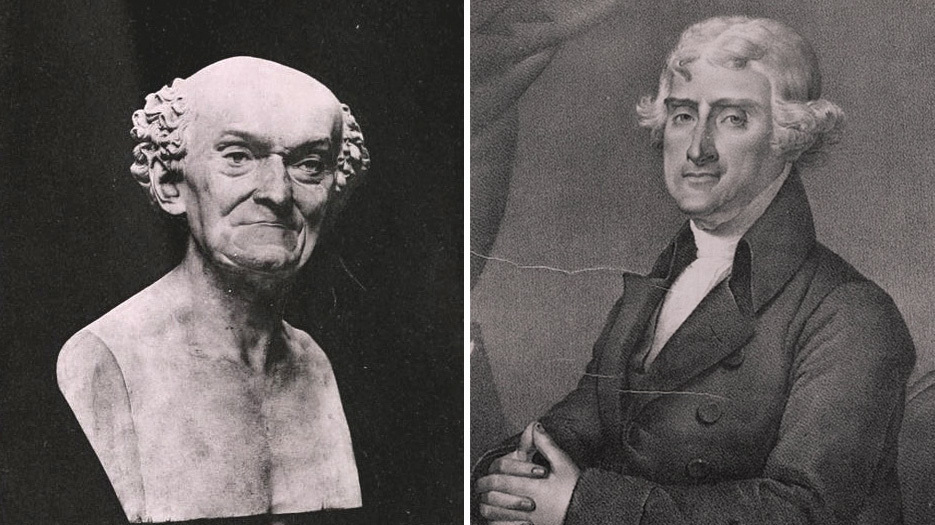 French scientist Joseph Dombey (shown in a bust at left) was dispatched to the U.S. in the mid-1790s to share the early metric system, at the request of Secretary of State Thomas Jefferson.

The secretary of state at the time was Thomas Jefferson. Jefferson knew about a new French system and thought it was just what America needed. He wrote to his pals in France, and the French sent a scientist named Joseph Dombey off to Jefferson carrying a small copper cylinder with a little handle on top. It was about 3 inches tall and about the same wide.

This object was intended to be a standard for weighing things, part of a weights and measure system being developed in France, now known as the metric system. The object's weight was 1 kilogram.

Crossing the Atlantic, Dombey ran into a giant storm.

"It blew his ship quite far south into the Caribbean Sea," says Martin.

And you know who was lurking in Caribbean waters in the late 1700s? Pirates.

"These pirates were British privateers, to be exact," says Martin. "They were basically water-borne criminals tacitly supported by the British government, and they were tasked with harassing enemy shipping."

The pirates took Joseph Dombey prisoner on the island of Montserrat, hoping to obtain a ransom for him. Unfortunately for the pirates, and for Dombey as well, he died in captivity.

The pirates weren't interested in the objects Dombey was carrying. They were auctioned off along with the rest of the contents of his ship.

Ultimately, the kilogram made it into the hands of an American land surveyor at the time named Andrew Ellicott. It was passed down in the Ellicott family until 1952, when Andrew Ellicott Douglas, an astronomer, gave it to the agency that was the precursor of the National Institute of Standards and Technology.

It's worth mentioning that the kilogram has been redefined over the years, so the version Dombey was carrying probably isn't exactly the same mass as the modern kilogram, which is a platinum-iridium artifact stored in France. Even that object will likely become obsolete next year when the kilogram is expected to be redefined again — not as a physical artifact but instead as something related to a fundamental constant in nature.

Would it really have made any difference if Dombey had been able to deliver his kilogram to Jefferson?

"We don't know for sure, but it seems like there was a missed opportunity there," says Martin.

This wasn't the only occasion the United States could have gone metric. According to Toward a Metric America, a document on the NIST website, in 1866, "Congress authorized the use of the metric system in this country and supplied each state with a set of standard metric weights and measures."

In 1875, the United States signed the Convention du Mètre, establishing an international body to maintain metric standards. In 1893, all weights and measures used in this country were defined with respect to metric standards. So, 1 pound is officially defined as 0.45359237 kilograms, and 1 yard is 0.9144 meters.

The Metric Conversion Act of 1975 declared that it was the policy of the United States "to designate the metric system of measurement as the preferred system of weights and measures for United States trade and commerce."

This act was later amended by the Omnibus Foreign Trade and Competitiveness Act of 1988, the Savings in Construction Act of 1996 and the Department of Energy High-End Computing Revitalization Act of 2004, all aimed at pushing the routine use of the metric system — so far, without much success.

So for now, we're stuck with Quarter Pounders and 9-pound hammers.