Accessibility links
Portions Of Ailing White House Magnolia Removed Over Safety Concerns : The Two-Way The Jackson Magnolia, one of the oldest and storied trees on the White House lawn, just got a major trim. NPR's Ari Shapiro talks with historian Jonathan Pliska about the tree's significance. 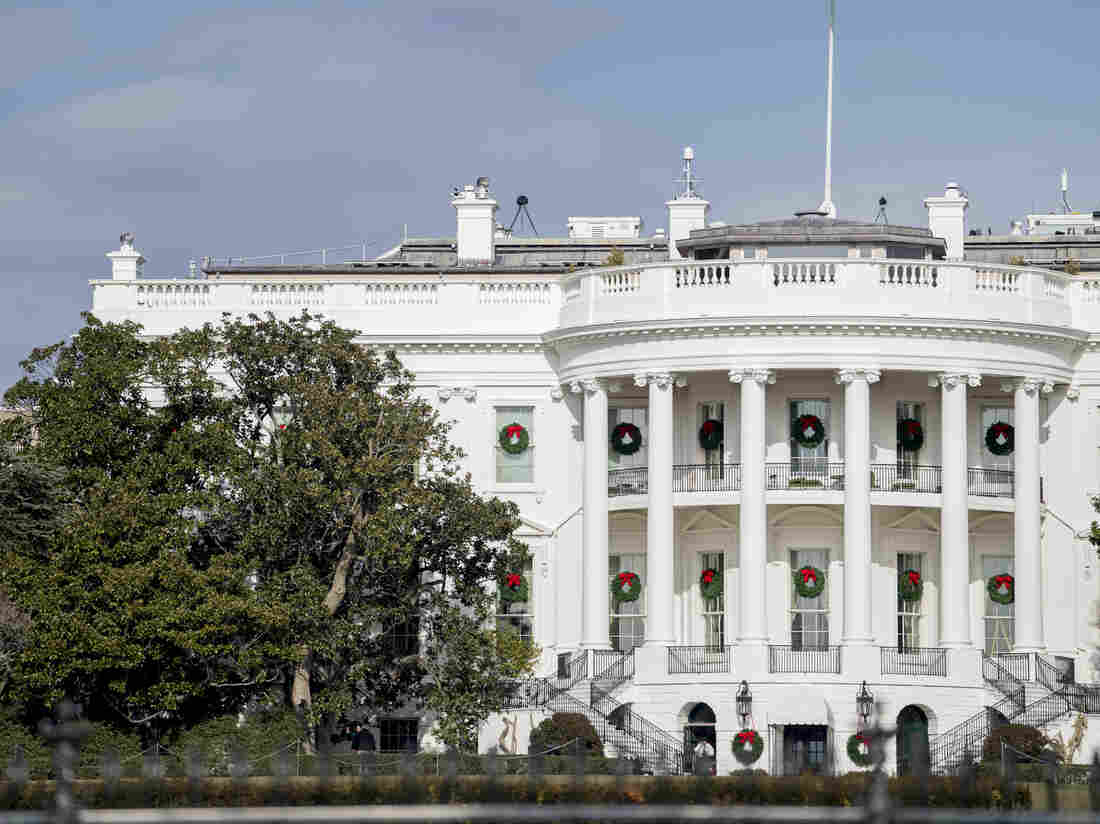 The historic Jackson Magnolia, planted on the south grounds of the White House, was trimmed back on Wednesday. The tree is in poor health, needs artificial support and is in danger of falling. Andrew Harnik/AP hide caption 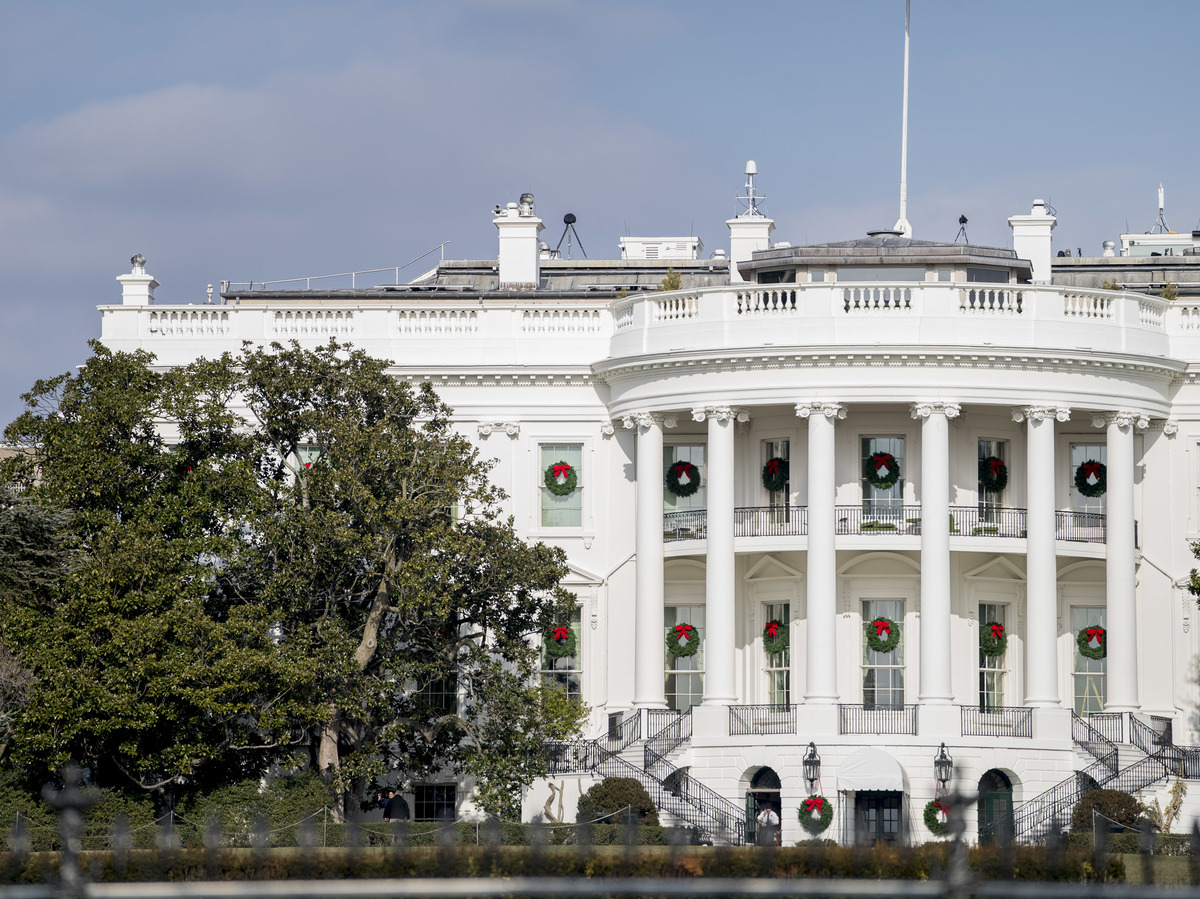 The historic Jackson Magnolia, planted on the south grounds of the White House, was trimmed back on Wednesday. The tree is in poor health, needs artificial support and is in danger of falling.

A tree known as the Jackson Magnolia has stood on the grounds of the White House for nearly 200 years and stood witness to 39 presidencies.

But Wednesday, it got a significant cutback.

After reviewing reports of the magnolia's poor health, first lady Melania Trump approved the removal of a large portion of it. A White House spokeswoman told CNN that Trump made the decision out of concern for the safety of guests and journalists who often stand under the tree — especially when the president's helicopter lifts off.

Why all the hubbub about a tree trimming?

"It is the most obviously historically significant tree on the White House grounds," says Jonathan Pliska, author of A Garden for the President: A History of the White House Grounds.

That's because of the tree's history as a story of love and horticulture, a tale that might be more myth than fact. As Pliska tells NPR, the story goes like this:

After Andrew Jackson was elected president, but before he actually moved into the White House, his beloved wife, Rachel, died suddenly. The 1828 election had been very contentious and she was accused of being adulterous. Jackson believed that the slander against his wife had literally killed her. So when he came to the White House as a widower, he brought with him seeds and possibly a cutting from her favorite trees at their estate in Tennessee, the Hermitage. Jackson had it planted outside the White House in her honor as a lasting testament to their continuing love, even after death.

"We can't find any strong historical documentation to prove it," Pliska says, but "it's come down through the ages and is really one of the great stories about the White House grounds."

And, he adds, it's just a very good-looking tree: "It reaches almost all the way to the top of the White House now and in the spring it has the most beautiful large, fragrant flowers."

So the Jackson Magnolia is famous and lovely. But it's also troubled.

"The overall architecture and structure of the tree is greatly compromised and the tree is completely dependent on the artificial support. Without the extensive cabling system, the tree would have fallen years ago. Presently, and very concerning, the cabling system is failing on the east trunk, as a cable has pulled through the very thin layer of wood that remains. It is difficult to predict when and how many more will fail."

The tree's rot issues stretch as far back as the 1940s, says Pliska, and by the '70s the rot was so widespread that one of the main limbs was actually taken off and the cap was filled with concrete as a preventive measure.

"The crux of the problem with this particular tree is that instead of having one main trunk it had three smaller branches," he says. "I said one failed pretty dramatically, but all of them were basically rotted out."

The first lady has asked for the wood to be preserved and seedlings kept for future plantings, the White House told the AP.

For his part, Pliska isn't sad about the trimming of a legend.

"It's still a hardy survivor," he says. And even when the tree "does finally die — and it will because the tree is a living thing — the National Park Service and their partners have been propagating seedlings and seeds ... to replace the original with its own descendant when it finally does go. So even after the tree dies, it'll very much still be a fixture on the grounds."