Accessibility links
Gunman Attacks Coptic Church In Egypt, Killing At Least 9 : The Two-Way Despite the death toll, the state news agency is calling the attack a foiled attempt. Along with guns, the assailant was also carrying explosives. 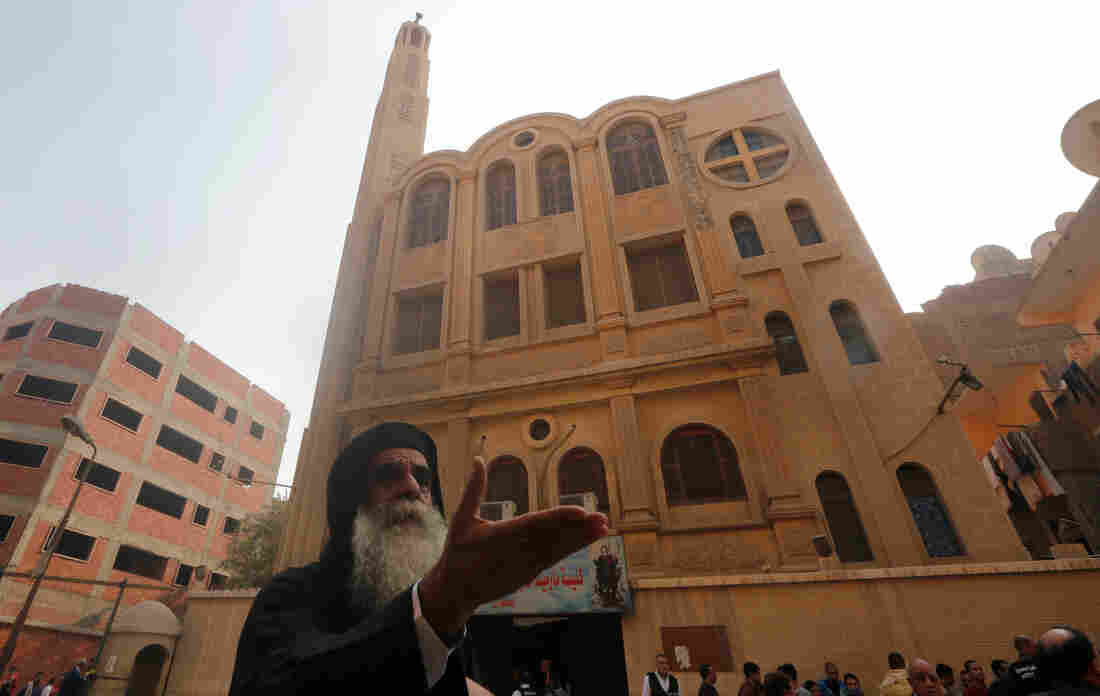 A priest reacts at the site of an attack on a church in Helwan, south of Cairo, on Friday. Officials say the attack killed at least nine people. Amr Dalsh/Reuters hide caption 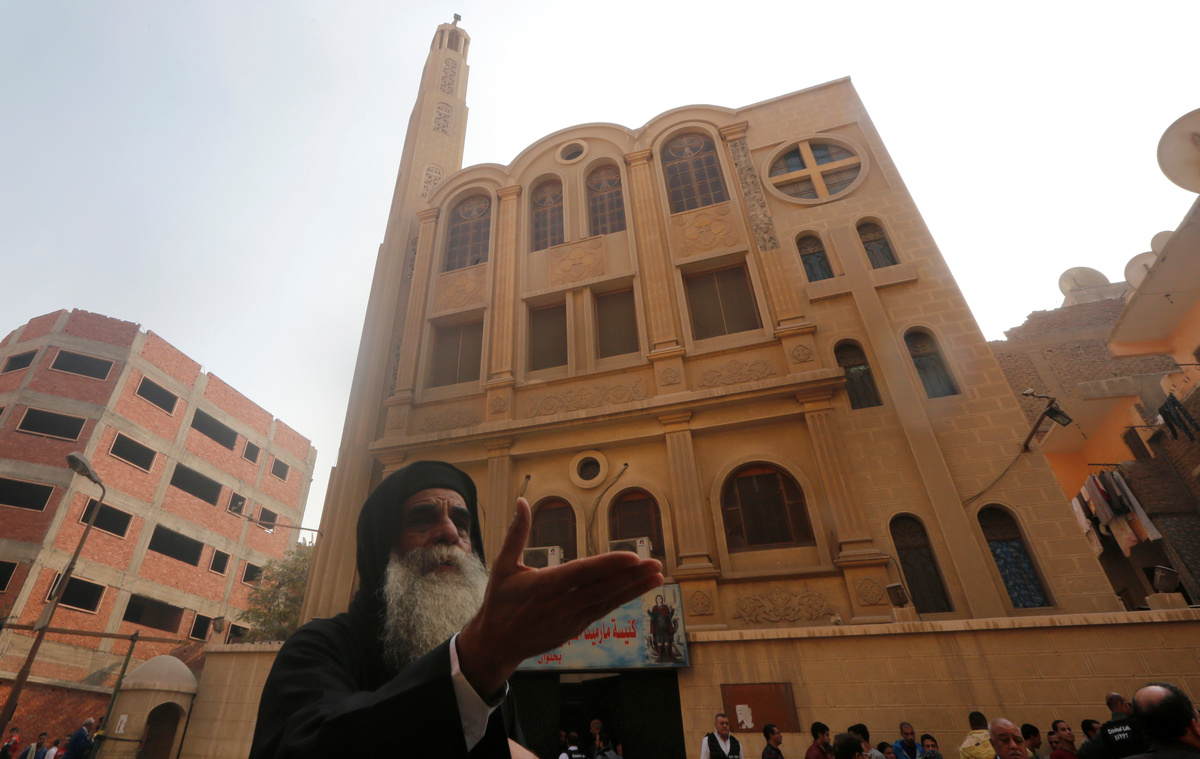 A priest reacts at the site of an attack on a church in Helwan, south of Cairo, on Friday. Officials say the attack killed at least nine people.

A terrorist attack targeted a Christian church south of Cairo on Friday, killing at least nine people, Egyptian officials say. The assailant was apprehended after a gun battle that killed at least one police officer.

In a statement on its Amaq media outlet, ISIS claimed responsibility for the attack. It said the shooting was committed by an ISIS "security detachment."

Initial reports said that two gunmen were involved; the government has since provided an update, saying that the lone attacker is in custody, and that the violence played out at two locations.

"Egypt's interior ministry says a gunman killed at least two people at a shop. They were identified by Egypt's Coptic church as Christians," NPR's Daniel Estrin reports. "The interior ministry says the gunman then tried to break through a security checkpoint in front of a church. He opened fire, killing a policeman and at least six others whom the Coptic church identified as church members."

Despite the death toll, the state news agency MENA is calling the attack a foiled attempt; Egyptian media report that along with guns, the assailant was also carrying explosives, suggesting that the violence could have been far worse.

The violence centered on the Mari Mina Church, in the city of Helwan on the southern outskirts of Cairo, east of the Nile River.

The attack comes amid heightened security, as Egyptian Christians, who are roughly 10 percent of the country's population, prepare to celebrate the Orthodox Christmas, which is observed one week into the new year.

Earlier this week, Egypt's Ministry of Defense said that it's mobilizing part of the armed forces to help provide security for Christmas celebrations.

The U.S. Embassy in Cairo tweeted that it "strongly condemns today's terrorist attack on a church."

The statement continued, "We offer condolences to the families of the victims and wishes for speedy recovery for those wounded. The U.S stands steadfastly with the people of Egypt in the face of such cowardly attacks."