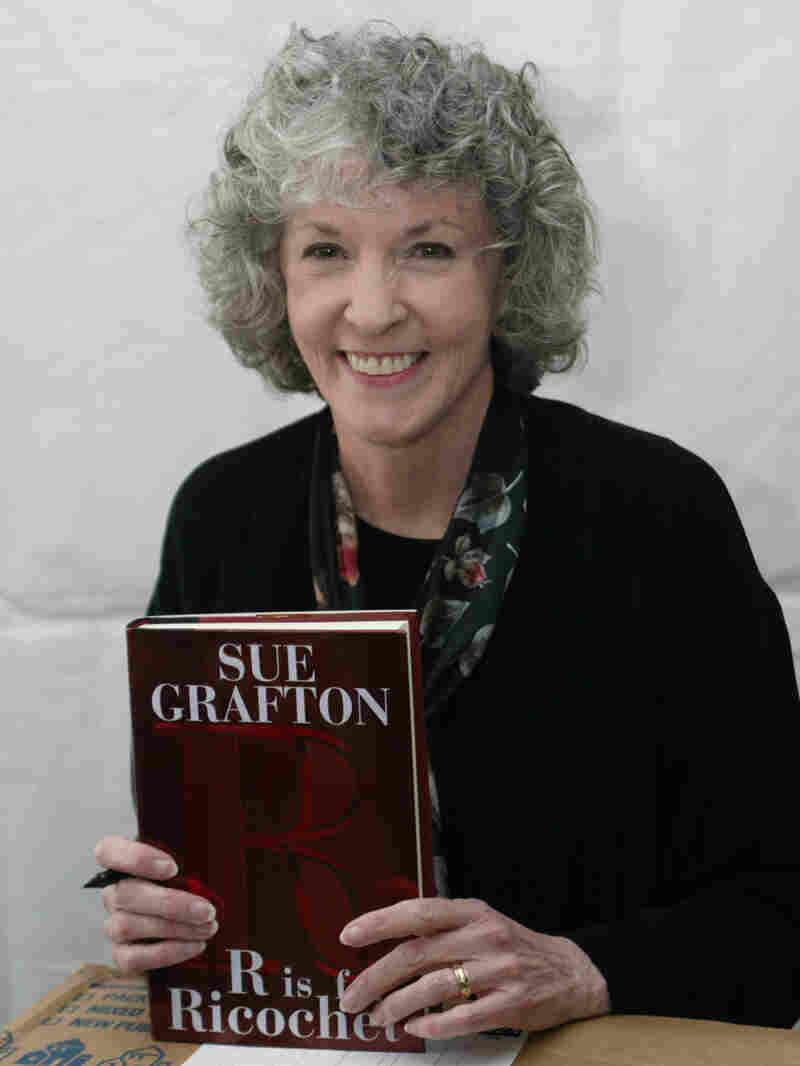 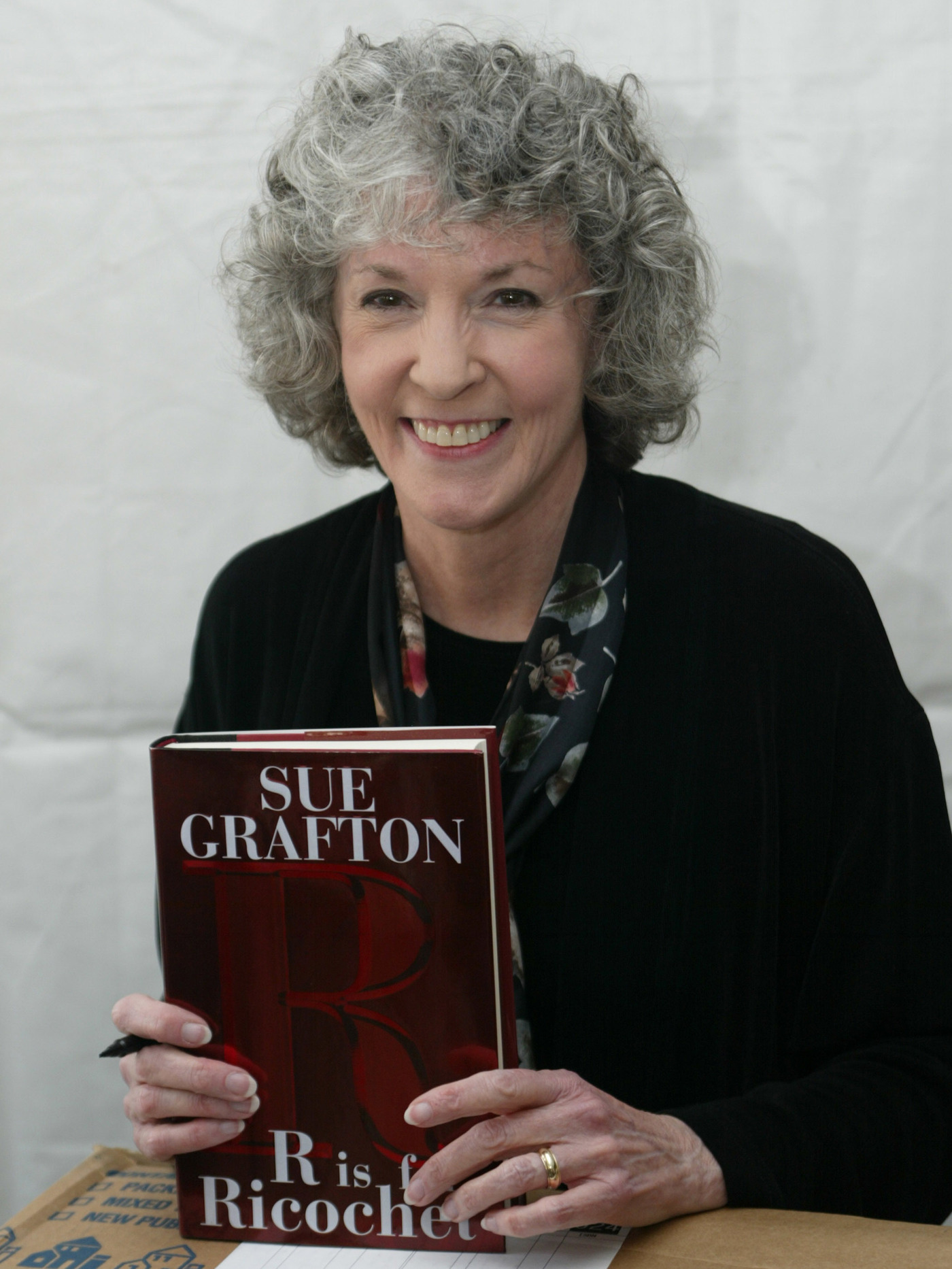 Author Sue Grafton, author of 25 mysteries featuring detective Kinsey Millhone, died Thursday at age 77. Grafton is seen here with a copy of her book R is for Ricochet in 2005.

Sue Grafton, the author of A Is For Alibi and 24 other mysteries featuring detective Kinsey Millhone, died Thursday at age 77. Her daughter Jamie wrote on Facebook that her mother had been battling cancer for the past two years but had been doing well until recent days.

Grafton published her first book about the likable, savvy gumshoe in 1982 and had been writing about her — and working the way through the alphabet — ever since.

In a 2007 interview with Powell's Books in Portland, Ore., Grafton said she taught herself to write her first mystery by reading how-to books and teaching herself California criminal law, private eye and police procedures — "anything that seemed relevant to the job."

It took her five years to write her first novel, and three to write the next. Then came a review in Newsweek.

"Grafton has created a woman we feel we know, a tough cookie with a soft center, a gregarious loner," the magazine declared, calling A is for Alibi "smart, well paced, and very funny."

That was all the encouragement she needed.

"It just undid me," she told Powell's. " 'Gosh, someone's paying attention.' Then I started doing a book a year."

Her most recent book, Y is for Yesterday, came out in August, and she told NPR that she looked forward to reaching the end of the series.

"I think it will be interesting to have a day and a week and a month and a year that isn't already spoken for," she said. "The last, actually, 38 years, I've known exactly what I'm doing next. And this is a little moment of freedom – if I can come up with a storyline for Z is for Zero, which remains to be seen."

Though she came incredibly close to reaching the full 26 letters, Grafton's daughter says that Kinsey's crime-solving days are over.

"Sue always said that she would continue writing as long as she had the juice," she wrote. "Many of you also know that she was adamant that her books would never be turned into movies or TV shows, and in that same vein, she would never allow a ghost writer to write in her name. Because of all of those things, and out of the deep abiding love and respect for our dear sweet Sue, as far as we in the family are concerned, the alphabet now ends at Y."