Accessibility links
Iran Protests Leave 12 Dead : The Two-Way This marks the first death among the Iranian security forces since the protests broke out last week. At least 21 people have been killed in marches complaining about economic conditions.

In Iran, At Least 21, Including Policemen, Killed In New Round Of Protests

In Iran, At Least 21, Including Policemen, Killed In New Round Of Protests 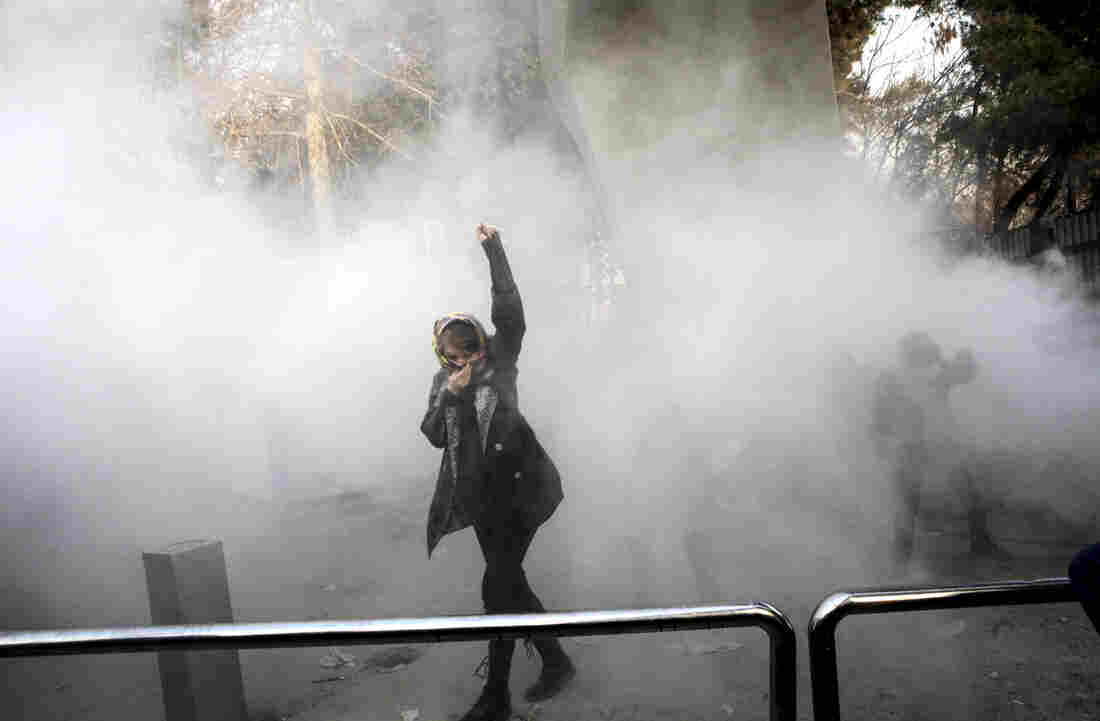 A university student takes part in a protest inside Tehran University while a smoke grenade is thrown by anti-riot Iranian police on Saturday. Iran has seen its largest anti-government protests since the disputed presidential election in 2009. AP hide caption 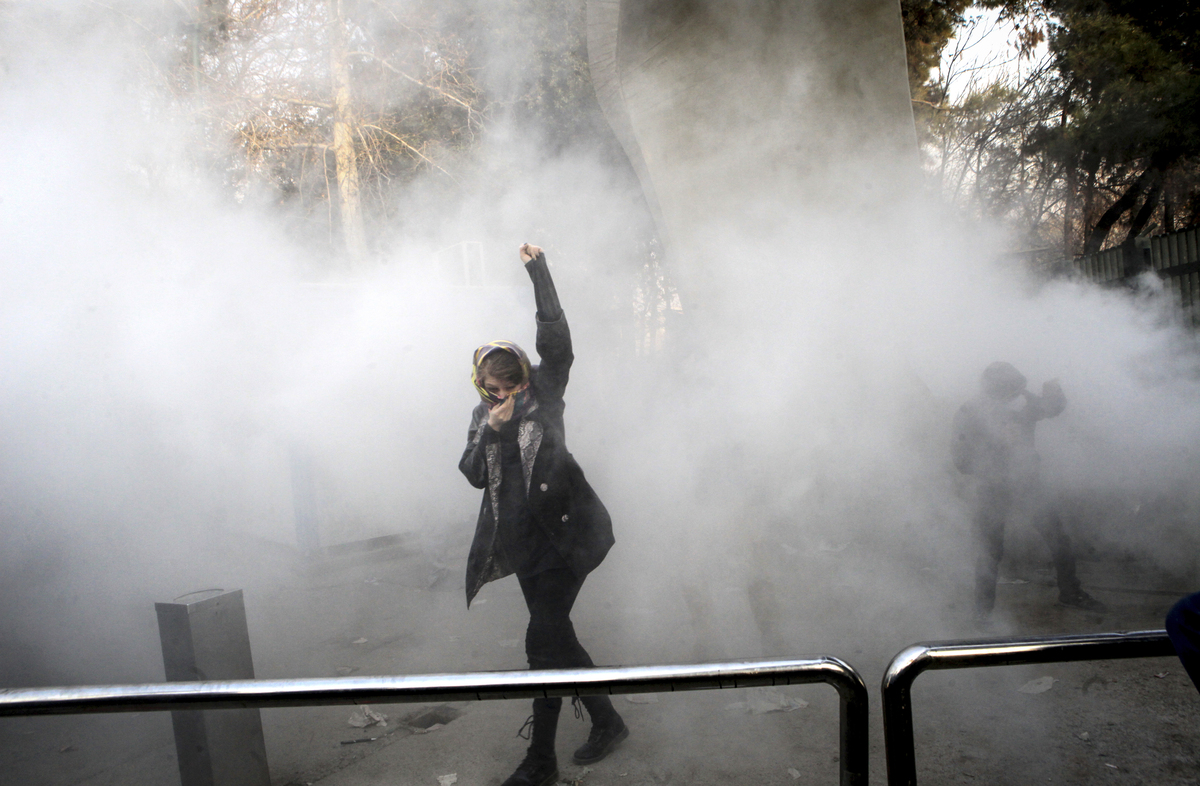 A university student takes part in a protest inside Tehran University while a smoke grenade is thrown by anti-riot Iranian police on Saturday. Iran has seen its largest anti-government protests since the disputed presidential election in 2009.

A protester shot and killed an Iranian policeman on Monday, marking the first death among the security forces amid ongoing anti-government demonstrations, according to the police and media reports.

Demonstrators took the streets for a fifth straight day of marches that have broken out in cities across the country. Protesters have complained mostly about economic problems and have also denounced Iran's clerical leadership.

At least 12 protesters were reported killed on Saturday and Sunday, while President Hassan Rouhani warned in televised remarks that his government would show "no tolerance" for those who incite unrest. Another 9 people were killed either late Monday or early Tuesday.

Iran is failing at every level despite the terrible deal made with them by the Obama Administration. The great Iranian people have been repressed for many years. They are hungry for food & for freedom. Along with human rights, the wealth of Iran is being looted. TIME FOR CHANGE!

Trump has been a sharp critic of Iran and the nuclear deal the country signed in 2015 with the U.S. and other world powers.

In Monday's violence, a demonstrator fired a hunting rifle in the central city of Najafabad, killing a policeman, according to police spokesman Saeed Montazer al-Mahdi, who was quoted on state TV.

Iranian authorities have reportedly arrested hundreds of demonstrators in recent days. The Iranian government shut down access to social media platform Instagram on Sunday, as well as a popular messaging app, which protesters used to organize.

The protests erupted last Thursday in Mashhad, Iran's second largest city, and quickly spread to cities nationwide. The main complaint is the anemic economy. Iranians were hoping for improved living conditions following the nuclear deal and the lifting of some international sanctions.

However, the economy has remained weak. Unemployment in the spring of 2017 was 12.6 percent, up slightly from late 2016, according to the World Bank. Other estimates say the unemployment rate is actually much higher.

"This began over economic issues," Robin Wright, a long-time Iran watcher who writes for The New Yorker, told NPR's Morning Edition. "Now it has taken on a political component, challenging not only the government of President Rouhani, but also the broader religious system."

Rouhani was elected to a second four-year term last year with a pledge to strengthen the economy, while the country's supreme leader, Ayatollah Ali Khamenei, has presided over Iran since 1989.

In remarks broadcast on state television Sunday, Rouhani said, "According to the constitution and citizens' rights, people are free to express their criticism and to protest."

However, he also warned: "The government will show no tolerance for those who damage public properties, violate public unrest and create unrest in the society."

The protests are widely described as the largest since 2009, when demonstrators took to the streets to following the disputed re-election of President Mahmoud Ahmadinejad.

"It's clear there's a kind of discontent that's sweeping Iran over broad issues. But it doesn't look like it has the kind of leadership it did in 2009," Wright said. "It's unclear how this is happening from town to town, except through social media."