Accessibility links
Commercial Airliners Had Their Safest Year Ever, Flight Trackers Say : The Two-Way There were no fatalities on commercial passenger jets anywhere in the world in 2017, according to two groups that track airplane crash data. Air travel has grown steadily safer in the past decades.

Commercial Airliners Had Their Safest Year Ever, Flight Trackers Say

Commercial Airliners Had Their Safest Year Ever, Flight Trackers Say 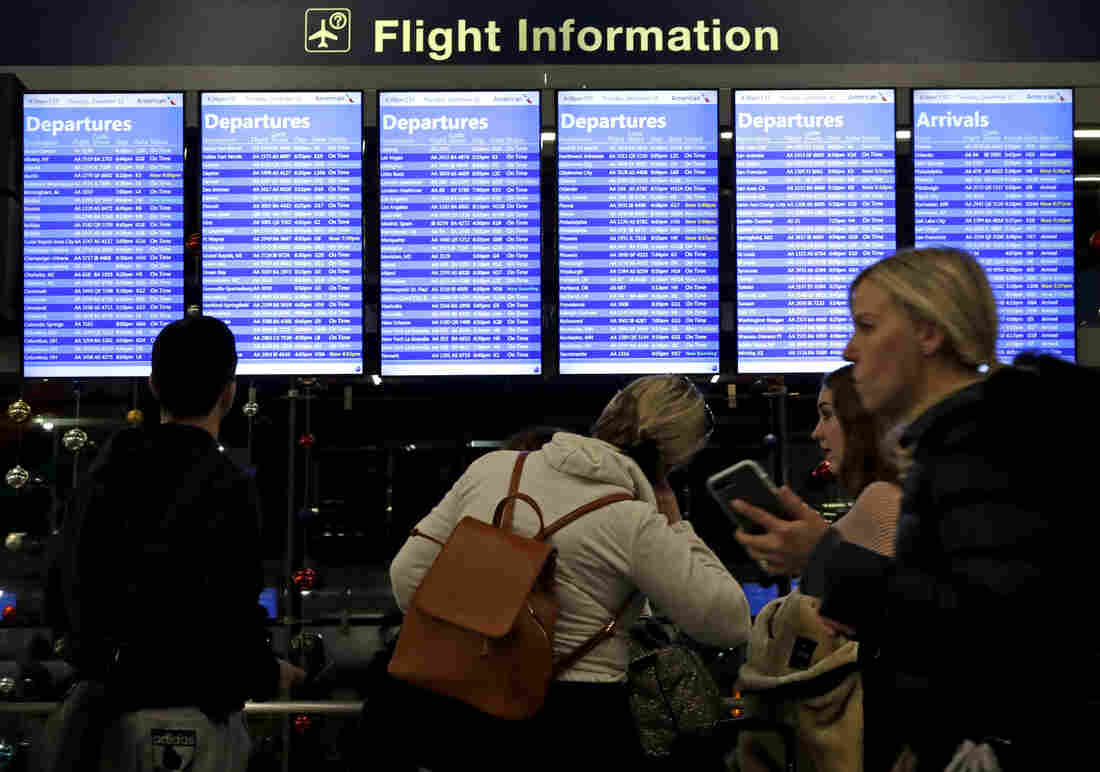 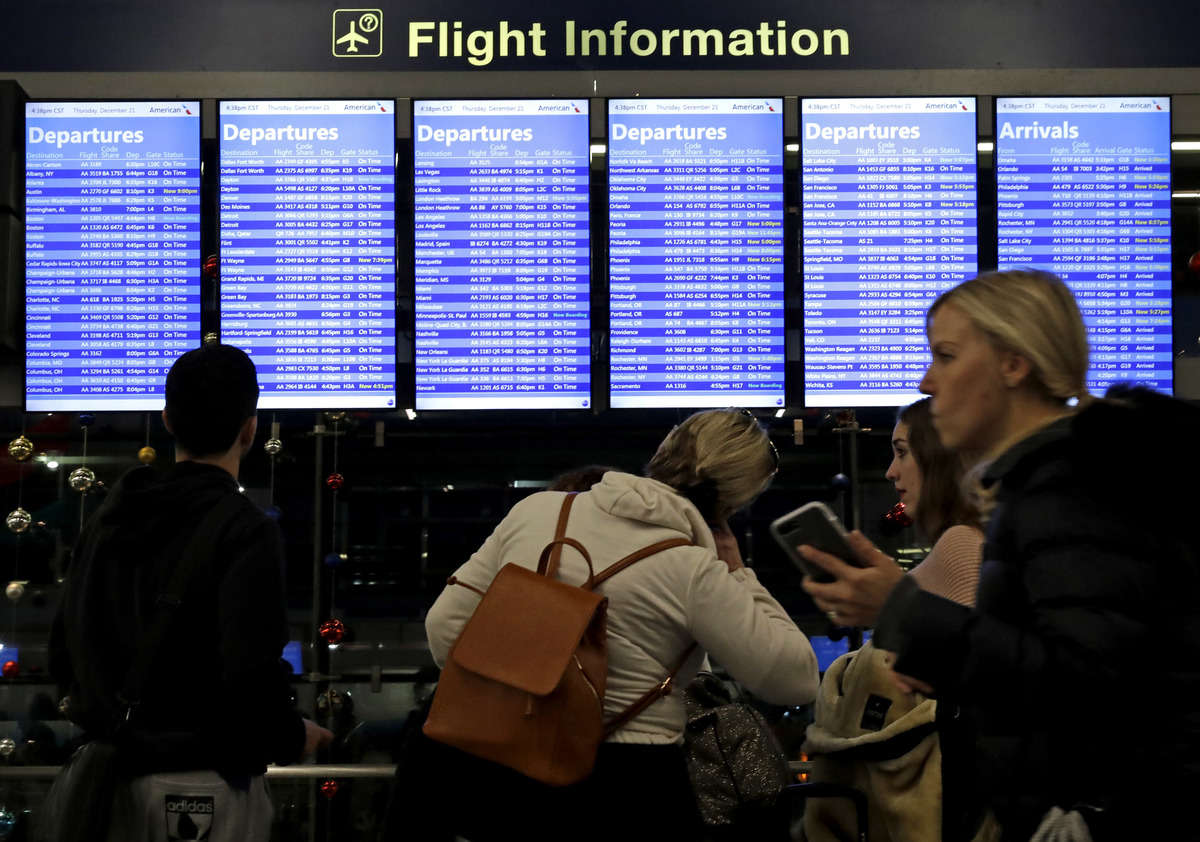 Travelers walk and check their flight information in Terminal 3 at Chicago's O'Hare International Airport in December.

There were no fatalities on commercial passenger jets in 2017, according to two groups that track airplane crash data, making it the safest year in modern aviation history.

There were two fatal accidents in passenger airliners involving small turbo-prop planes, according to To70, a Dutch aviation consulting firm.

These numbers mean that the rate of fatal accidents in commercial flights in large airplanes is one per 16 million flights, according to To70. The consulting group adds that "there were no accidents in 2017 related to unlawful interference."

The Aviation Safety Network, based in the Netherlands, tracks crashes in cargo and certain smaller aircraft in addition to the planes tracked by To70. Neither group monitors military aircraft.

"Over the year 2017 the Aviation Safety Network recorded a total of 10 fatal airliner accidents, resulting in 44 occupant fatalities and 35 persons on the ground," ASN said in a statement. That means 2017 is the safest ever, "both by the number of fatal accidents as well as in terms of fatalities."

Air travel has grown steadily safer in the past decades. "Since 1997 the average number of airliner accidents has shown a steady and persistent decline," says ASN president Harro Ranter.

The ASN data includes a crash on New Year's Eve in Costa Rica that killed 12 people. According to Reuters, a "Nature Air Cessna 208B Grand Caravan aircraft crashed minutes after takeoff into a mountainous area off the beach town of Punta Islita." Ten of those killed are U.S. citizens, the wire service reports.

And despite the low fatality numbers, To70 stressed that there were 109 non-fatal accidents, including several that were "quite serious." It points to the "spectacular loss of an engine inlet fan and cowling on an Air France A380." That plane managed to land safely.

To70 warned that civil aviation "does still carry very large risks." It added that passengers carrying lithium-ion batteries on board can create a risk of fire. And mental health issues and fatigue are important to address for people working in aviation.

The last time more than 100 people were killed in a crash was in October 2015. A Metrojet flight crashed in Egypt's North Sinai Peninsula, killing all 224 people on board.

In a tweet Tuesday, President Trump appeared to take credit for the strong safety performance. "Since taking office I have been very strict on Commercial Aviation," he wrote.

Since taking office I have been very strict on Commercial Aviation. Good news - it was just reported that there were Zero deaths in 2017, the best and safest year on record!

It's not clear that there is any relationship between Trump's policies and the global trend of decreasing airline fatalities. As The Associated Press wrote, "the last commercial airline fatalities in the U.S. happened in July 2013. Three passengers were killed when Asiana Airlines Flight 214 crashed while landing at San Francisco International Airport."