Accessibility links
Firm That Contracted Steele Dossier Says It Was 'Shocked' By Findings on Trump : The Two-Way Glenn Simpson and Peter Fritsch, co-founders of Fusion GPS, have called for the release of transcripts of their lengthy closed-door testimony before congressional investigators. 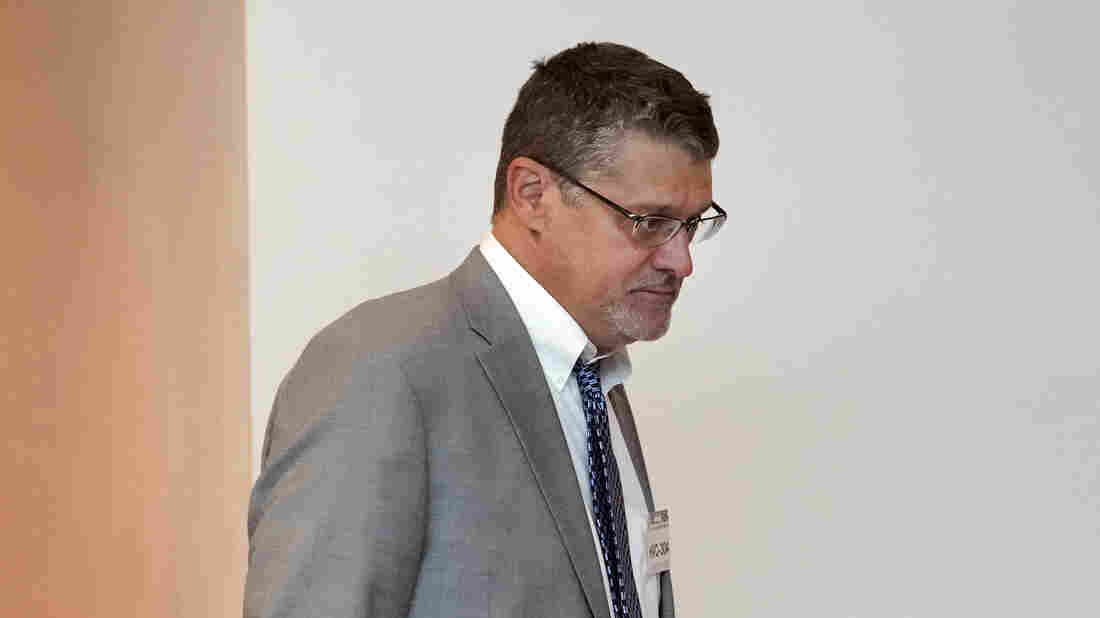 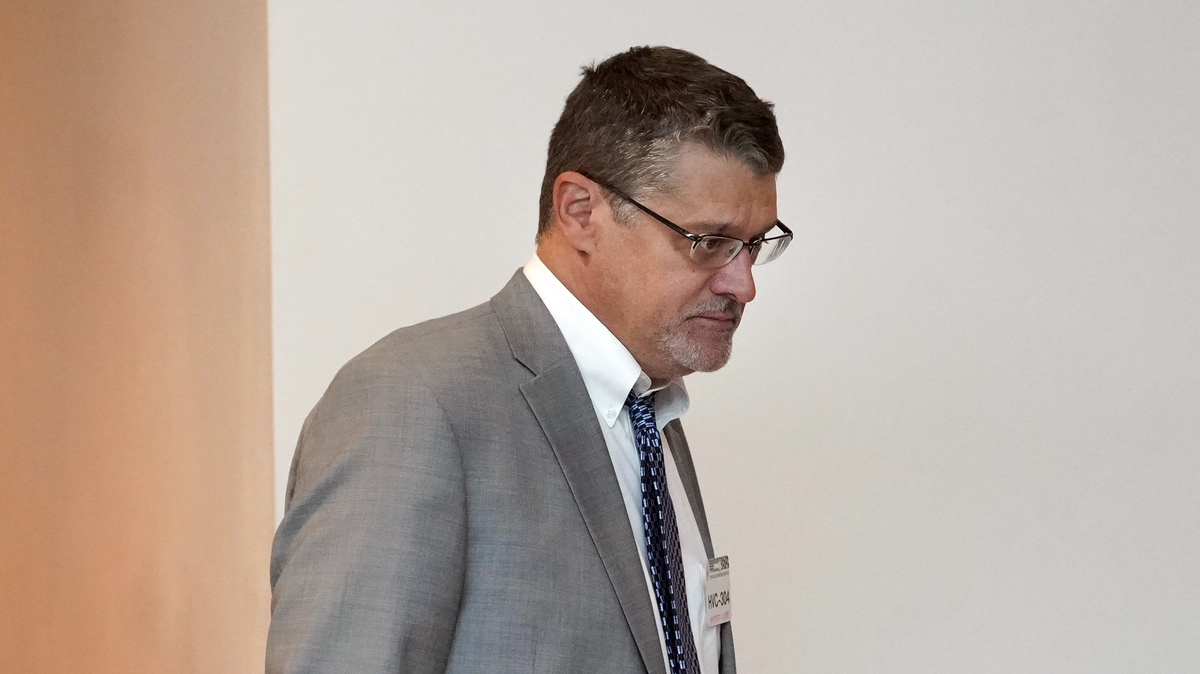 The founders of the political research firm that commissioned the infamous Russia dossier on Donald Trump say they were "shocked" by the things they say it uncovered and want their full story to be public.

Glenn Simpson and Peter Fritsch, founders of the opposition research shop Fusion GPS, also are accusing Republicans in Congress of unfairly targeting them and their company while ignoring "credible evidence of collusion" between Trump's campaign and the Russians who interfered in the 2016 election.

Simpson and Fritsch used an op-ed in Wednesday's New York Times to call for the release of transcripts of their 21 hours of closed testimony before congressional investigators.

"It's time to share what our company told investigators," Simpson and Fritsch wrote.

Fusion GPS was first hired by the conservative news website The Washington Free Beacon to research Trump's alleged ties to Russia during the Republican primaries. To do so, the company hired former British intelligence officer Christopher Steele, a longtime Russia expert.

Steele used his contacts in Russia to put together a dossier that describes efforts by Russian President Vladimir Putin to cultivate a relationship with Trump and his entourage and to gather material that could be used to blackmail the candidate if necessary. Steele did not pay sources for information.

The dossier contains salacious allegations that NPR has not detailed because they remain unverified, but an unexpurgated copy of the document was posted by BuzzFeed last January and circulated widely. One important aspect of the story is that the material in the file, if accurate, might have exposed Trump to potential blackmail.

Months before, during the presidential campaign, information gathered by Fusion GPS was passed to Democratic candidate Hillary Clinton's campaign.

Trump and GOP lawmakers have sought to portray the 35-page dossier as outrageous and false. They've drawn attention to the fact that much of it is unproven. By impeaching the dossier, they have tried to impeach the basic case that people in the Trump orbit may have coordinated with the Russians who attacked the election.

Trump allies also have used the dossier to go on offense against the FBI and the Justice Department, charging that "biased" federal investigators used what Republicans call partisan, Democratic-funded propaganda as the basis for the whole Russia investigation.

Never seen such Republican ANGER & UNITY as I have concerning the lack of investigation on Clinton made Fake Dossier (now $12,000,000?),....

The case for collusion, however, goes beyond the dossier and includes outreach by Russian agents to the Trump campaign and meetings between Trump associates and Russians.

In fact, in their op-ed, Simpson and Fritsch wrote that congressional committees have "known for months" of credible allegations of collusion but have chosen instead to "chase rabbits."

"We suggested investigators look into the bank records of Deutsche Bank and others that were funding Mr. Trump's businesses. Congress appears uninterested in that tip: Reportedly, ours are the only bank records the House Intelligence Committee has subpoenaed."

"[We] found widespread evidence that Mr. Trump and his organization had worked with a wide array of dubious Russians in arrangements that often raised questions about money laundering," the two wrote.

Simpson and Fritsch said that when they hired Steele, he did not know who would be getting the information he gathered. The two acknowledge that they assisted Steele in passing the dossier to Arizona Republican Sen. John McCain "via an emissary." McCain later gave it to FBI Director James Comey.

Simpson and Fritsch say, however, they were not responsible for the full dossier becoming public.

"The goal was to alert the United States national security community to an attack on our country by a hostile foreign power," they wrote. "We did not, however, share the dossier with BuzzFeed, which to our dismay published it last January."