Accessibility links
Here Are Your Cold Weather Conversation Starters For Today : The Two-Way As the East Coast braces for a winter storm, yes, it's rather chilly. It's colder in South Dakota than it is at the South Pole. It's colder in Jacksonville, Fla., than in Juneau, Alaska. 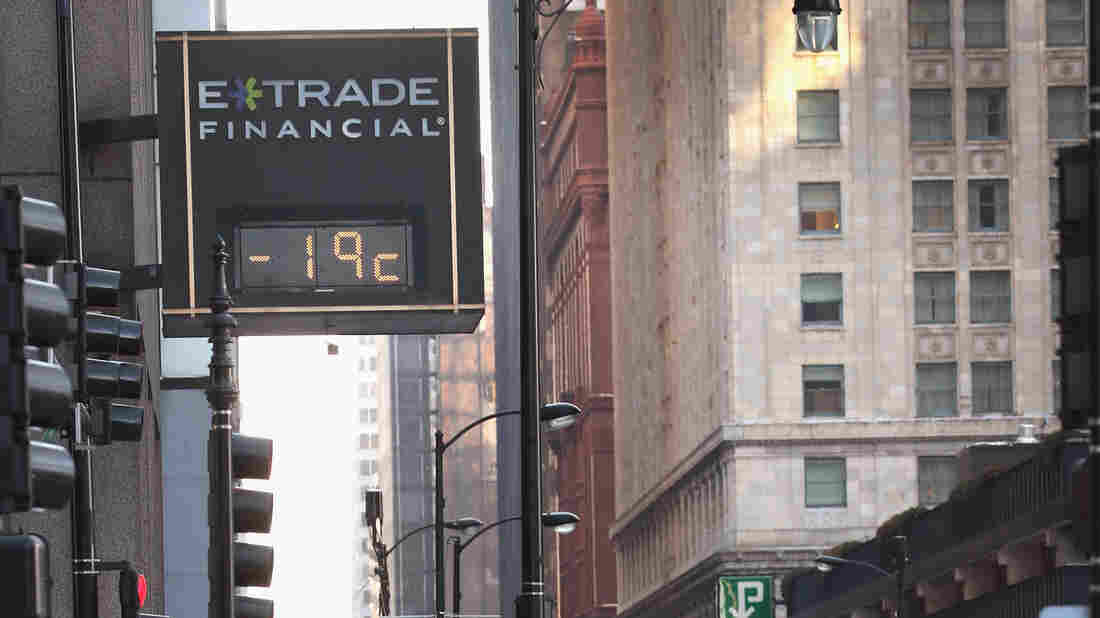 Record cold temperatures are gripping much of the U.S., including subzero temperatures in Chicago on Tuesday. Scott Olson/Getty Images hide caption 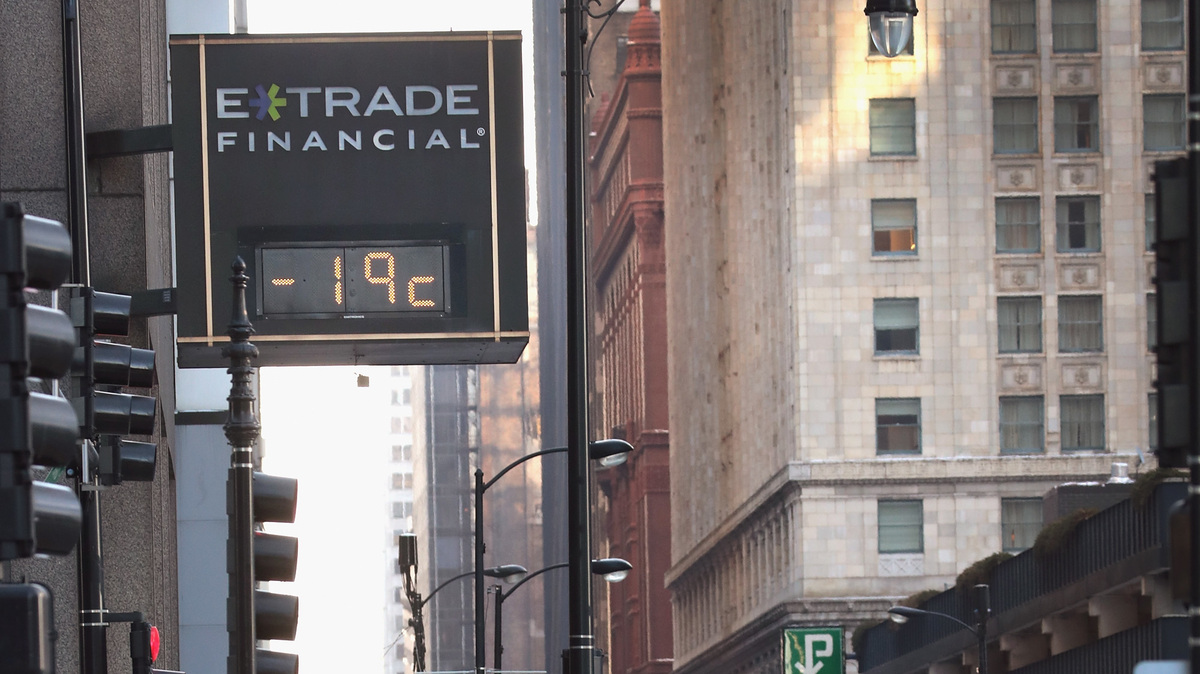 Record cold temperatures are gripping much of the U.S., including subzero temperatures in Chicago on Tuesday.

Cold enough for ya?

From the Midwest to the East Coast, the chilly wintertime temperatures are a hot topic of conversation. Yes, it's cold. And it's going to be getting colder — a winter storm is moving from Florida up toward Maine, bringing freezing precipitation and even chillier temperatures.

Meanwhile, have we mentioned that it's cold?

Yes, it's winter. But no, people are not going to stop talking about how cold it is. If you're tired of comparing your glove effectiveness to that of your co-workers' — or you live in a balmy climate and want to feel superior — try these facts on for size:

It's colder in South Dakota than it is at the South Pole. Granted, it is summertime in Antarctica. Still, on Wednesday morning it was minus 3 Fahrenheit at the Amundsen-Scott South Pole weather station. At Lake City, S.D., it was about minus 7.

It was snowing in Tallahassee on Wednesday morning.

It’s snowing in Tallahassee! As exciting as this is, please use extreme caution if you are driving & don’t expose yourself to the cold for too long without proper gear. #SunshineState #SnowDay #WinterIsHere pic.twitter.com/QVnnCTWQ5E

It's colder in Jacksonville, Fla., than it is in Juneau, Alaska. Juneau has a relatively mild climate for Alaska — the average high temperature is just a pinch north of freezing, even in January. Right now, it's a cozy 40 degrees. Jacksonville, meanwhile, is 34 degrees and raining.

It was cold enough in Mississippi on Tuesday for boiling water to instantly evaporate.

How cold is it outside this morning in Jackson? Well, it was cold enough for us to toss boiling water into the air and observe most of it evaporate instantaneous creating a cloud. The temperature was 14 degrees with a dew point of 4 degrees. pic.twitter.com/W8jTR7H0Gn

It's colder in Angel's Landing, Utah, than in Hell, Norway. The weather at Angel's Landing in Zion Park isn't actually heavenly at all — in the winter, the trail is iced over, and in the summer it can get toasty, more than 100 degrees. Anyway, at one point on Wednesday it was 27 degrees at the Utah trail, and 28 degrees and sunny in Hell.

Chicago might be about to tie a record — not for the chilliest weather, but for the longest cold snap. It's been colder in Chicago before. In January 1985, thanks to a polar vortex, the city measured 27 degrees below zero. But it's not just the cold that's getting residents down — it's the relentlessness of it. Since Christmas Day, The Chicago Tribune reports, Chicago hasn't seen a single day warmer than 20 degrees: "If temperatures don't go above 20 degrees by Saturday — and forecasters don't expect that they will — Chicago will tie a record for 12 consecutive days below 20 degrees. The only other times that has happened were in 1936 and 1895."

Oklahoma City is nowhere near setting a record like that. For some reason, the National Weather Service just wants to make sure you know that.

In Florida, citrus and strawberry farmers are covering their plants in ice — to keep them warm. It's standard practice when temperatures start to hover around freezing, according to The Associated Press and The Ledger. As long as the fruit stays at least 28 degrees, it can escape cold weather without harm — and water freezes at 32 degrees. As it freezes, it releases heat that helps protect the plants as well. You can learn more about this strategy from Cornell University.

Last year was actually one of the warmest on record. Cast your mind way, way, way back to, oh, about four weeks ago. Remember 2017? Like, before December? NASA found that the 12 months from December 2016 to November 2017 were the second-warmest on record — second only to the 12 months before that, which had a boost from El Niño.

On a more serious note — unusually cold weather can have dangerous or deadly consequences.

Roads have iced over, making driving perilous in regions from Texas to Georgia, the AP reports, and the storm traveling up the East Coast is expected to make conditions far worse.

Victoria Hansen of South Carolina Public Radio tells our Newscast unit that bridges and roads are shutting down. "A transportation official was giving interviews from home, saying he, too, would rather stay off the roads," she reports.

"In other parts of the U.S., dangerously cold temperatures have been blamed for at least a dozen deaths as well as freezing a water tower in Iowa and halting ferry service in New York," the AP writes. "Forecasters warned of frostbite and hypothermia in Chicago, where wind chills of minus 35 degrees ... were predicted. Atlanta hospitals reported a surge in emergency room visits for hypothermia and other ailments as temperatures plunge well below freezing."

Cold weather shelters have been opened across the South and local officials and organizations are trying to get as many homeless people safely indoors as possible.