Accessibility links
Steve Bannon 'Lost His Mind,' Trump Says In Response To Critical Quotes : The Two-Way "Even if you thought that this was not treasonous," the former chief strategist is quoted as saying of the Trump Tower meeting, "... you should have called the FBI immediately." 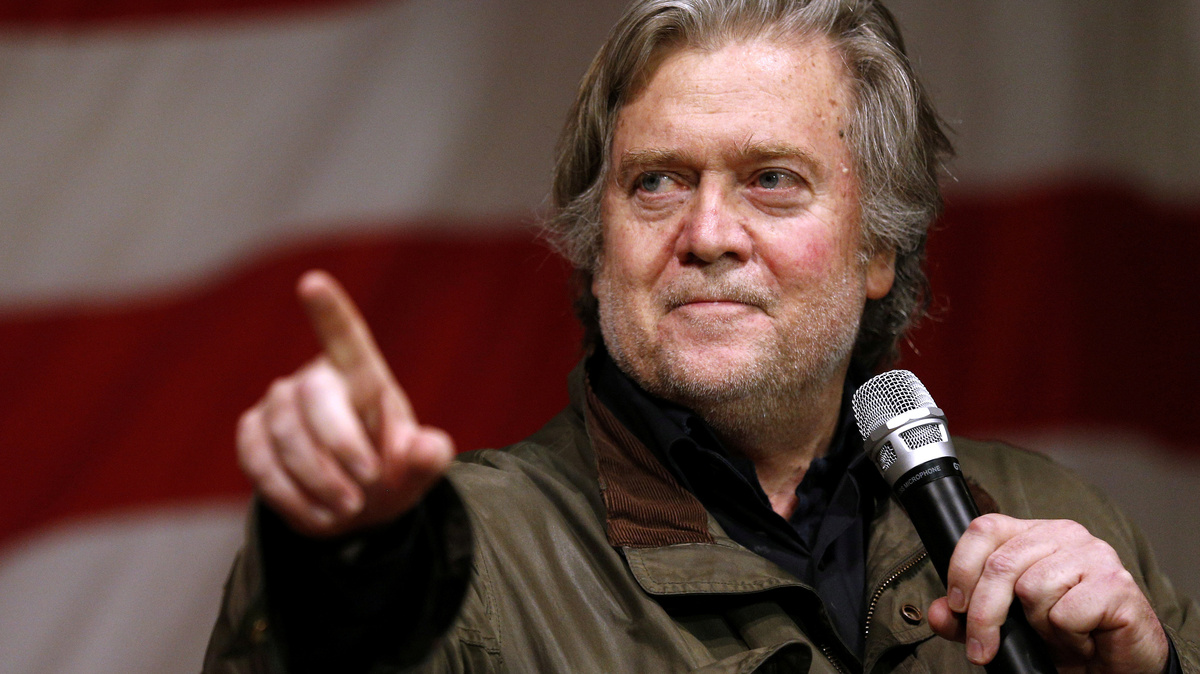 Responding to the story, the White House issued a statement from Trump stating, "Steve Bannon has nothing to do with me or my Presidency. When he was fired, he not only lost his job, he lost his mind." Later, lawyers for the president sent a cease-and-desist letter to Bannon, saying he was in violation of an employment contract he signed with the Trump Organization, threatening him with "imminent" legal action.

Bannon is being quoted making the remarks in Fire and Fury, a book about the Trump White House by journalist Michael Wolff. After The Guardian cited an advance copy of the book (which will be released next week), news of Bannon's comments quickly spread.

Trump is now calling Bannon, who served as his campaign CEO, "a staffer" who joined the campaign after his nomination was assured. "Now that he is on his own, Steve is learning that winning isn't as easy as I make it look."

"Steve Bannon has nothing to do with me or my Presidency. When he was fired, he not only lost his job, he lost his mind. Steve was a staffer who worked for me after I had already won the nomination by defeating seventeen candidates, often described as the most talented field ever assembled in the Republican party.

"Now that he is on his own, Steve is learning that winning isn't as easy as I make it look. Steve had very little to do with our historic victory, which was delivered by the forgotten men and women of this country. Yet Steve had everything to do with the loss of a Senate seat in Alabama held for more than thirty years by Republicans. Steve doesn't represent my base — he's only in it for himself.

"Steve pretends to be at war with the media, which he calls the opposition party, yet he spent his time at the White House leaking false information to the media to make himself seem far more important than he was. It is the only thing he does well. Steve was rarely in a one-on-one meeting with me and only pretends to have had influence to fool a few people with no access and no clue, whom he helped write phony books.

"We have many great Republican members of Congress and candidates who are very supportive of the Make America Great Again agenda. Like me, they love the United States of America and are helping to finally take our country back and build it up, rather than simply seeking to burn it all down." 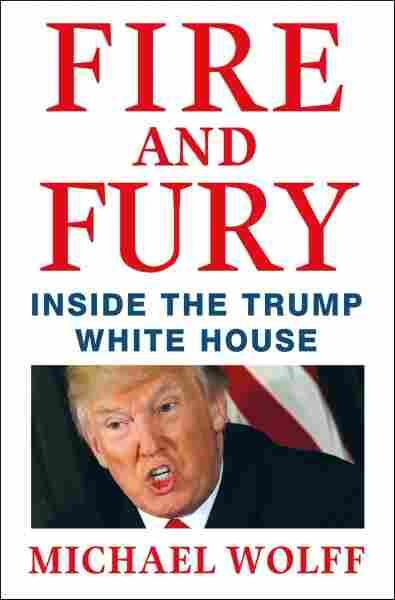 An excerpt from Fire and Fury was also published on New York magazine's site late Wednesday morning, with the title "Donald Trump Didn't Want to Be President." According to the magazine, Wolff compiled quotes from 18 months of interviews and said he was allowed to occupy "something like a semi-permanent seat on a couch in the West Wing."

The meeting with Russians at Trump Tower took place in June 2016, but it wasn't publicly revealed until last summer. Discussing it with Wolff, Bannon reportedly said, "Even if you thought that this was not treasonous, or unpatriotic, or bad s***, and I happen to think it's all of that, you should have called the FBI immediately."

Wolff quotes Bannon as saying, "The three senior guys in the campaign thought it was a good idea to meet with a foreign government inside Trump Tower in the conference room on the 25th floor — with no lawyers. They didn't have any lawyers," according to The Guardian.

The Trump Tower meeting has been a focal point in reports about the investigation led by special counsel Robert Mueller, who is looking into Russia's attempts to influence last year's U.S. election.

Discussing the president's son and the investigation's potential path, Bannon reportedly told Wolff, "They're going to crack Don Junior like an egg on national TV."

When Goldstone contacted Trump Jr. about the potential for dirt on Clinton, Trump Jr. replied, "If it's what you say I love it especially later in the summer."

After news of the meeting became public, Trump Jr. said the Russians had not produced any "meaningful information."

In a statement, White House press secretary Sarah Huckabee Sanders dismissed Wolff's book as "trashy tabloid fiction" and said the "book is filled with false and misleading accounts from individuals who have no access or influence with the White House. "

During Wednesday's daily press briefing, Sanders repeatedly referred reporters' questions about Trump and Bannon back to the president's statement, but she did say that Trump "never actually sat down with" Wolff and that when the author was at the White House, it was typically at Bannon's request. Sanders said Trump and Wolff had "one brief conversation" since the president has been in office.

As for Bannon and Trump's relationship, Sanders said the last time the two spoke was early December, though she didn't know whether that was before or after the Alabama Senate special election — a loss that Trump blamed on Bannon in his statement.