Accessibility links
Scientists Warn 'Bomb Cyclone' Brings Strong Winds, Cold Temperatures : The Two-Way This powerful storm was created by a cold jet stream colliding with warm air over the Atlantic. It is similar to Superstorm Sandy but is likely to cause less damage. 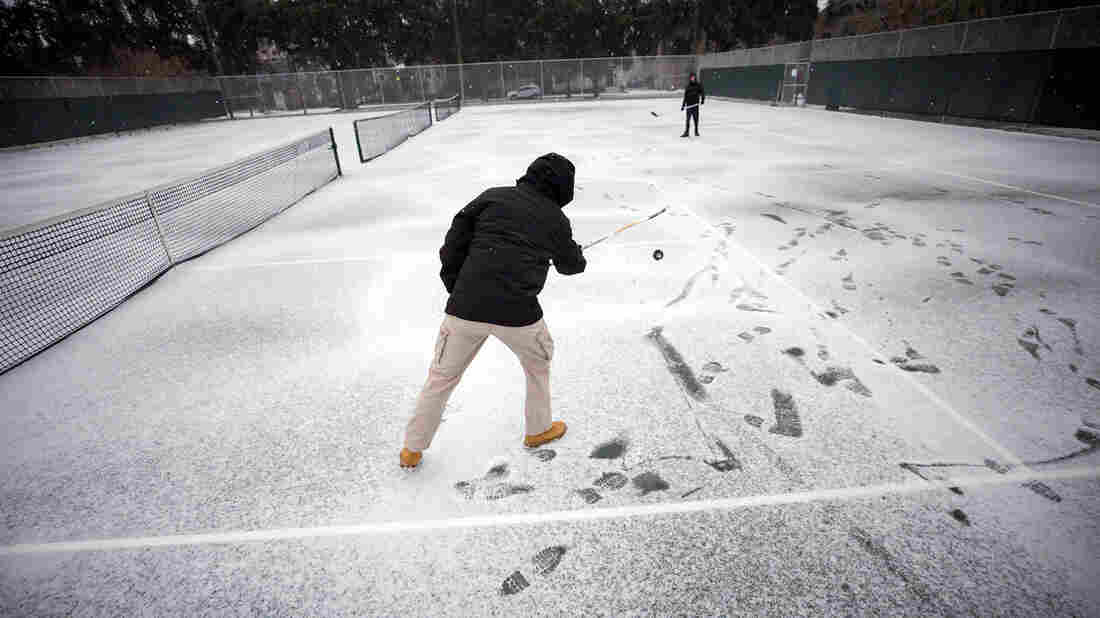 The storm spread snow and freezing rain across the Southeast on Wednesday. It's expected to intensify as it moves up the coast. Stephen B. Morton/AP hide caption 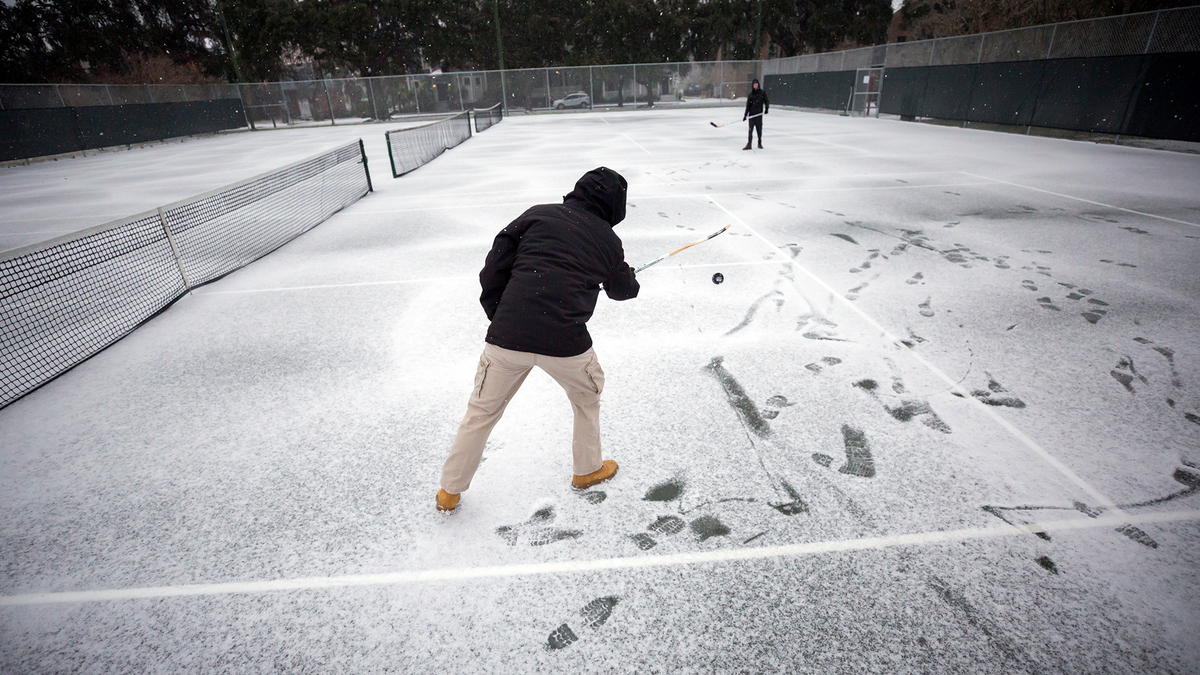 The storm spread snow and freezing rain across the Southeast on Wednesday. It's expected to intensify as it moves up the coast.

The Eastern United States is being hit by a really powerful winter storm that scientists are calling a bomb cyclone. And yes, that is a scientific term.

The National Weather Service forecasts that the storm, which has struck Florida and the Carolinas, will move northward along the Eastern Seaboard on Thursday and Friday. It will bring snow, ice, strong winds, massive storm surges and plummeting temperatures all the way up to Maine.

Here is what created this monster winter storm.

"Very warm air coming next to cold air mass creates a lot of energy," says Jeffrey B. Halverson, a climatologist at the University of Maryland, Baltimore County.

It also creates a dramatic decline in air pressure, he says. "The pressure is going to drop very, very rapidly."

Winter weather will impact the entire East Coast today through Friday. Here are the latest expected snow totals and current winter headlines. Strong winds will accompany the snow in many locations. Stay informed at https://t.co/VyWINDk3xP or your trusted weather source! 📱💻📺📻 pic.twitter.com/RqCr3h6XR1

That's where the word "bomb" comes in, says Jeff Weber, a climatologist at the University Corporation for Atmospheric Research. "We call storms that drop 24 millibars in 24 hours a bomb, a bombogenesis, the beginning of a cyclone."

The more technical (and less eye-catching) term is a baroclinic midlatitude cyclone. This particular one has similarities to Superstorm Sandy, which hit the Eastern United States in 2012.

Unlike this winter storm, Sandy began as a full-fledged hurricane. "As it moved north, it interacted with cold air and transitioned into a baroclinic midlatitude cyclone," Weber says. "And that happened literally as the eye was getting ready to make landfall."

Sandy was more powerful than this new storm, because it had more time to build up energy as it moved north from the Caribbean, he says.

"This storm is a big, big wind-making machine," says Halverson. "This is going to cause a lot of problems."

The National Weather Service predicts between 6 and 12 inches of snowfall between Virginia Beach and Boston. Northern New England could get more than 12-18 inches. Eastern Long Island and northern New England are likely to see blizzard conditions.

There will also be coastal flooding and storm surges that can destroy coastal properties and cause beach erosion, especially up along the New England coastline, says Halverson.

But the storm's impacts won't end there.

"This storm is going to pull down a huge amount of arctic air," says Halverson. "On Friday and Saturday, temperatures are going to be in the gutter."

Temperatures could drop down to single digits, or even below zero. "And if you're going to be out of power, you're really going to be in trouble."

States such as Massachusetts and Maine should prepare shelters for people, he says. "Sheltering for warmth is going to be key, for potentially several days."