Accessibility links
Companies In Iceland Now Required To Demonstrate They Pay Men, Women Fairly : The Two-Way Pay discrimination was already illegal. But the country's new law, the first of its kind in the world, requires companies with 25 employees or more to certify that they pay employees without bias. 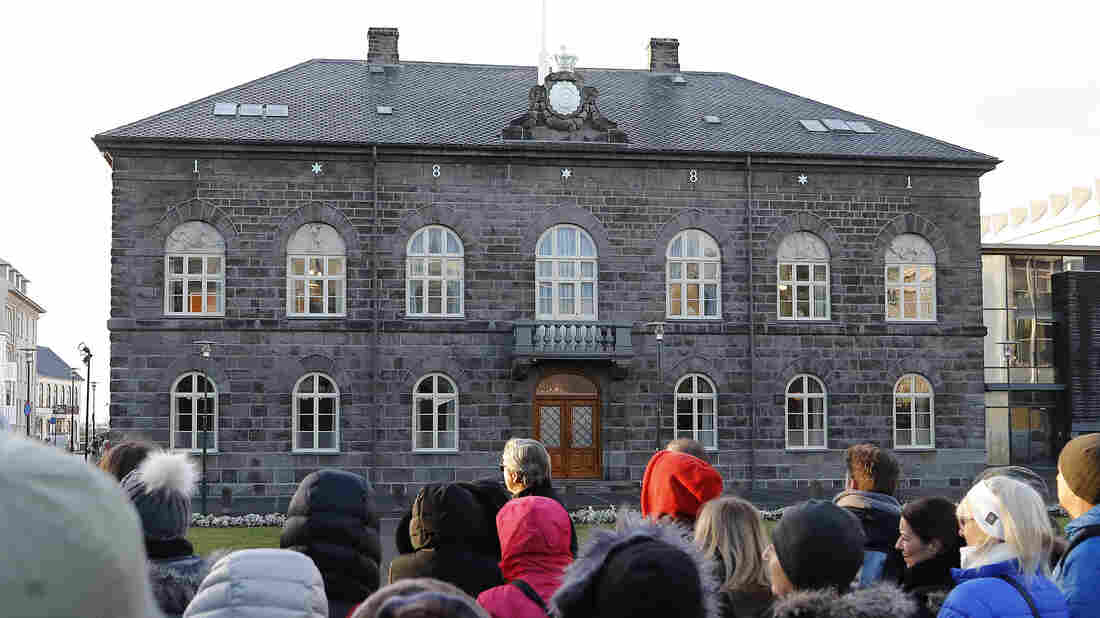 The pay equity law was passed — perhaps not coincidentally — a year after female candidates won nearly half the seats in Iceland's parliament, which is housed in the Althingishus in Reykjavík. Frank Augstein/AP hide caption 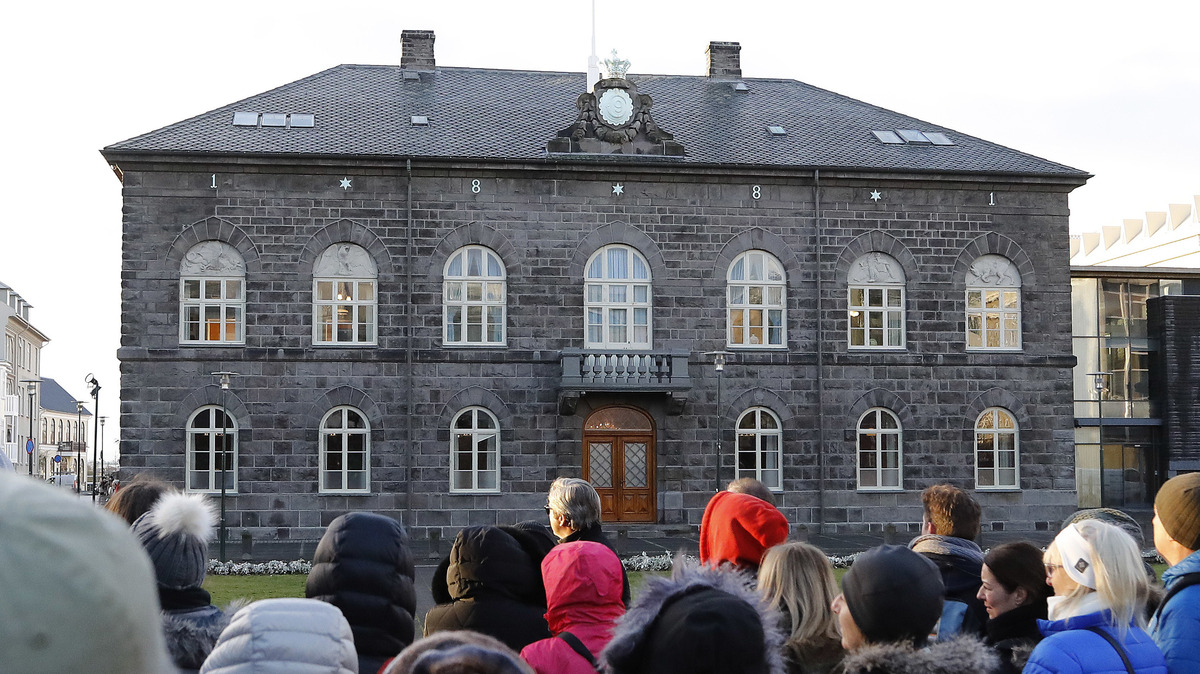 The pay equity law was passed — perhaps not coincidentally — a year after female candidates won nearly half the seats in Iceland's parliament, which is housed in the Althingishus in Reykjavík.

Starting this week, companies in Iceland are required to demonstrate that they pay male and female employees fairly — without gender discrimination. Failing to do so can result in daily fines.

The law, which was passed last year and went into effect on Monday, is believed to be the first of its kind in the world and covers both the private and public sectors.

Some headlines have claimed that the new law makes it illegal to pay men more than women. That is not exactly what happened. In Iceland — as in many countries, including the U.S. — it was already illegal to pay men and women differently on the basis of their gender. (And, to be clear, it was and is legal to pay a man more than a woman, or vice versa, provided there is a valid reason.)

As the Icelandic Women's Rights Association notes, equal pay for equal work has been mandated by Icelandic laws since 1961.

What is remarkable about the new law in Iceland is how it enforces equal pay standards. It does not rely on an employee to prove she was discriminated against. Instead, the burden is on companies to prove that their pay practices are fair.

The policy change comes after years of discussion and pilot testing, based on frustration with the fact that several gender-equity laws were not budging the actual pay gap.

Iceland has the best track record on gender equality in the world, according to the World Economic Forum. But the country still had a persistent pay gap just over 16 percent as of last year. The gap exists across all occupational groups. According to the Nordic Labour Journal, figures from 2010 showed about 8 percent of that year's gap remained "unexplained" after factoring in possible justifications.

Proposals Aim To Combat Discrimination Based On Salary History

Iceland's new law applies to companies with 25 employees or more. Every three years, the companies will need to confirm that they are paying men and women equally for jobs of equal value. If they aren't certified, a daily fine will stack up.

Nordic Information on Gender explains how the process works:

"[T]he employer must determine which work tasks each position entails and then assign a value. The salary must be decided based on the position and not the person carrying out the work. The idea is that this will eliminate salary discrimination.

" 'The standard makes employers pay a fixed salary for a certain type of work. However, there is some room for an upward adjustment for example if a worker adds extra value to the work, but such exceptions must be decided in accordance with the standard and justified in writing,' says Maríanna Traustadóttir [from the Icelandic Confederation of Labour].

"She points out that the standard makes the setting of salaries more clear and transparent, which benefits both the employers and the employee."

Those equal-pay standards have been suggested to companies since 2012, but this is the first time they will be mandatory.

The focus of the law is specifically on gender equity. However, as Iceland's welfare office notes, the standard "can be used to prevent and eradicate all sorts of discrimination." Functionally, the law will also block pay discrimination on "race, religion, disability, occupational disability, age and sexual orientation grounds," the BBC noted last year.

The new law was passed — perhaps not coincidentally — a year after female candidates won nearly half the seats in Iceland's parliament.

As NPR's Bill Chappell reports, the country is a leader on gender issues:

"Iceland is also pushing other European countries to close the wage gap — the country's Social Affairs and Equality Minister Thorsteinn Viglundsson called pay equity a matter of necessity Thursday, during a panel discussion on the topic in Brussels, where the European Union is based.

"Iceland is one of several countries that have stepped up their contributions to groups that work on behalf of women's reproductive and sexual health, such as the U.N. Population Fund and She Decides."

A previous version of this story said Iceland has had a law against pay discrimination since 1963; in fact, the law passed in 1961.