Accessibility links
Astronomers Find Huge Stars More Common Than Previously Thought : The Two-Way A survey of a neighboring galaxy turned up 30 percent more super-heavy stars than expected. The discovery has implications for how stars form. 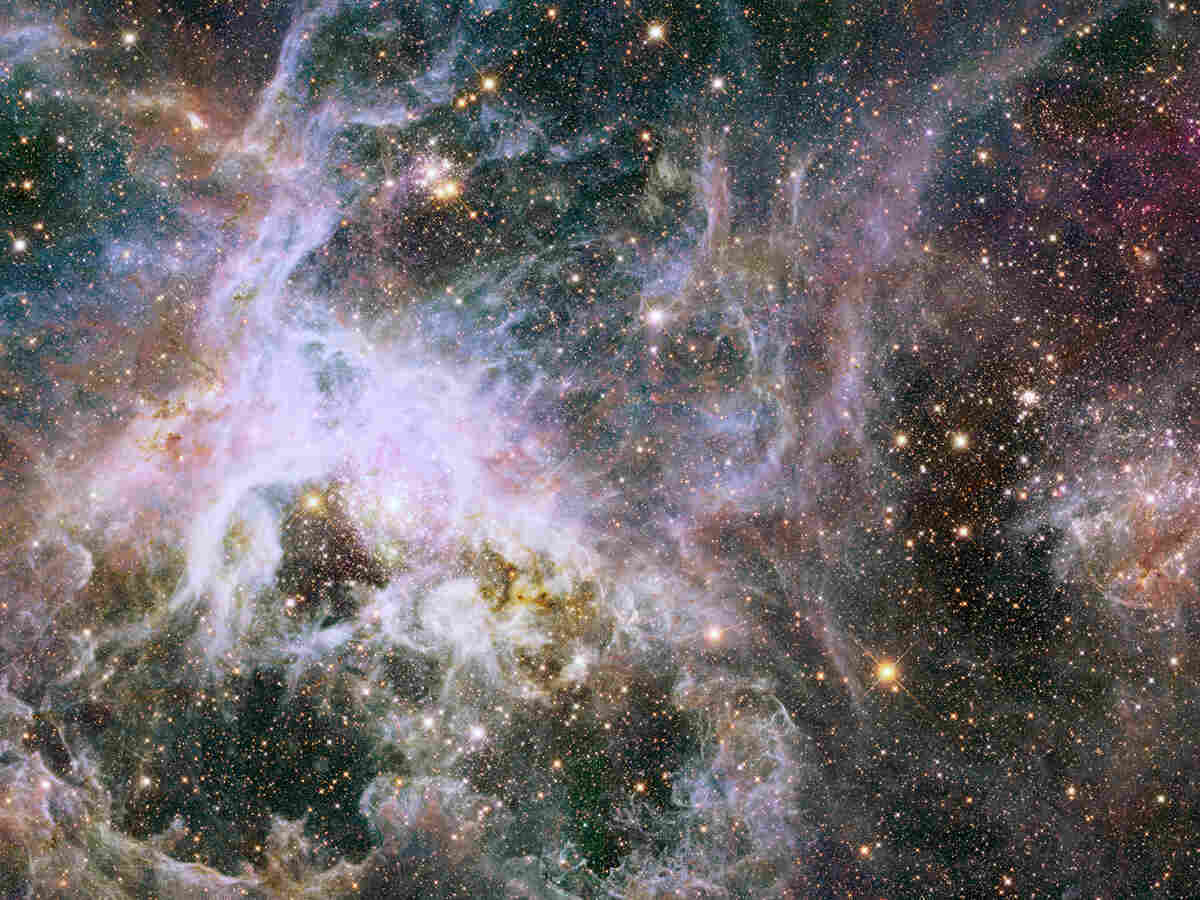 The Tarantula Nebula is home to many stars. Scientists were astonished by the number of super-massive stars they found inside the nebula. NASA, ESA, E. Sabbi (STScI) hide caption 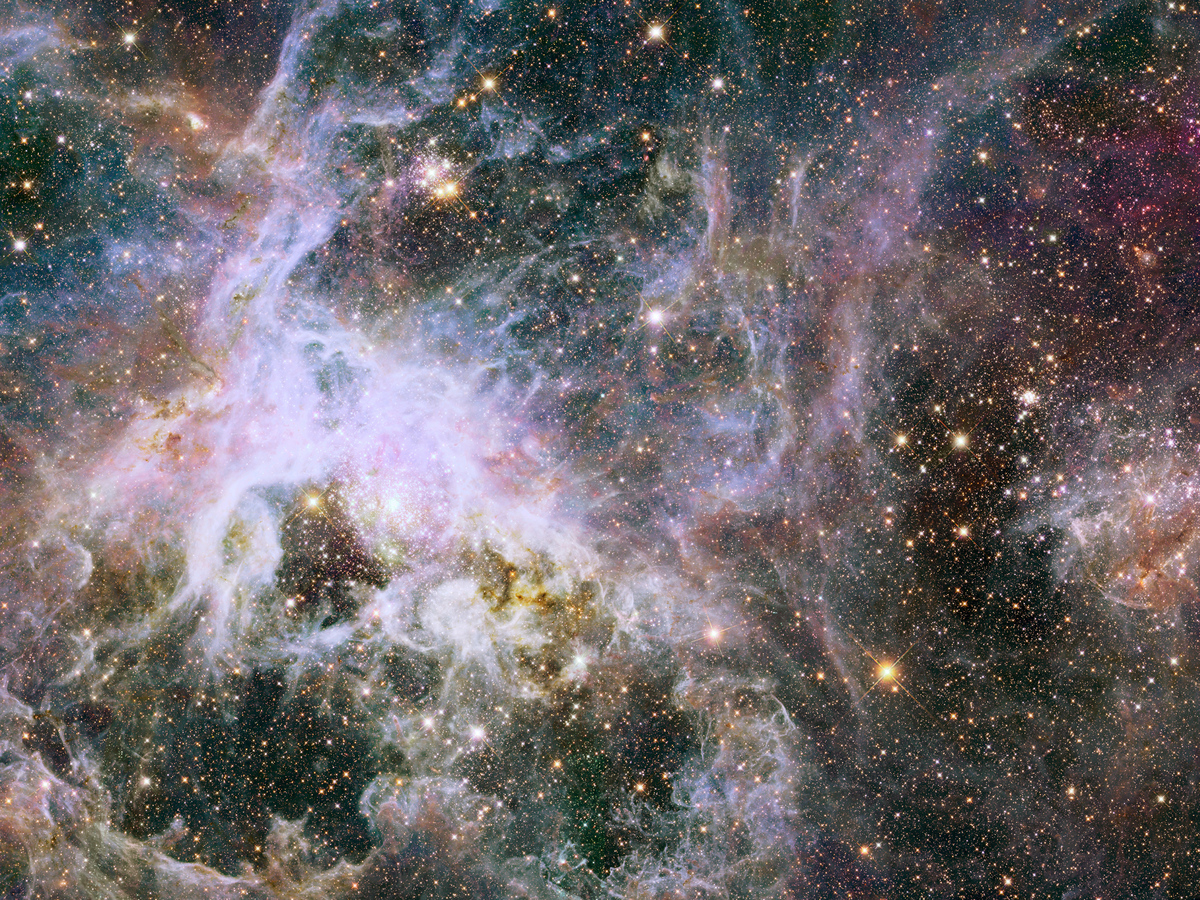 The Tarantula Nebula is home to many stars. Scientists were astonished by the number of super-massive stars they found inside the nebula.

The discovery, reported in the journal Science, could shake up astrophysicists' ideas about how massive stars have shaped the universe.

Astronomers generally call a star "massive" if it has more than about ten times the mass of our Sun. And the Tarantula Nebula, a spidery stellar nursery located about 180,000 light years away in a neighboring galaxy, is known to be chock full of these normally rare beasts — it contains about a thousand of them.

This unusual region is also home to stellar record-holders such as the most massive and fastest spinning stars ever observed. It's been called "the starburst next door," and it fascinates scientists because it seems similar to the dramatic star formation events that happened in the early universe.

"There's no place comparable to that in our own Milky Way," says Fabian Schneider, an astrophysicist at the University of Oxford who is part of an international team that worked with observations from the European Southern Observatory's Very Large Telescope. "This whole region is just full of these extremes."

He and his colleagues recently analyzed a sample of 247 stars from this region, all of which were more than 15 times as massive as the Sun.

Within this group, they found more extremely, extremely massive stars than the standard theories say should be there. They found about 30 percent more stars in the upper range of masses, from about 30 to 200 times the mass of our Sun.

"We found so many of them, it was just astonishing," says Schneider, who adds that his team initially didn't even believe their results.

"We did a lot of research trying to figure out first, 'Ok, what did we do wrong?'" he recalls. "In the end, we sort of turned around every stone that we could think of, but couldn't find what was going wrong, and had to conclude then that it's probably star formation itself that has produced so many massive stars."

The unexpected abundance of very massive stars is important because these stars can explode at the end of their lives, forming exotic objects like black holes and neutron stars.

"If stars formed in this kind of fashion also in other places in the universe," says Schneider, "it indeed makes quite a difference, maybe, to how people model the formation and the evolution of galaxies, how people model how our universe was illuminated after the first stars and galaxies formed."