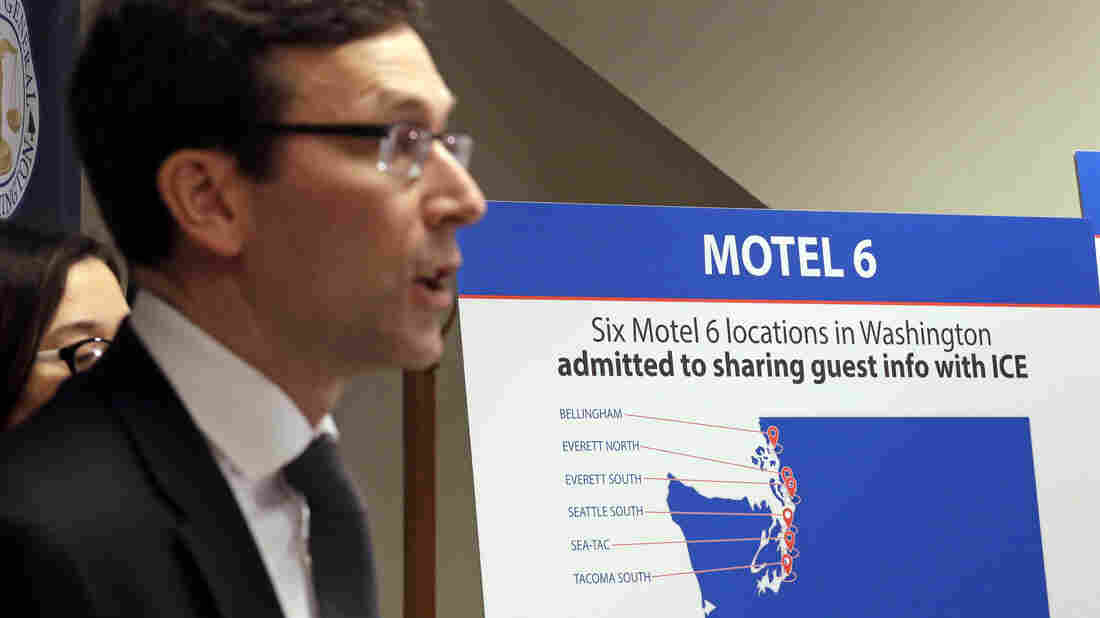 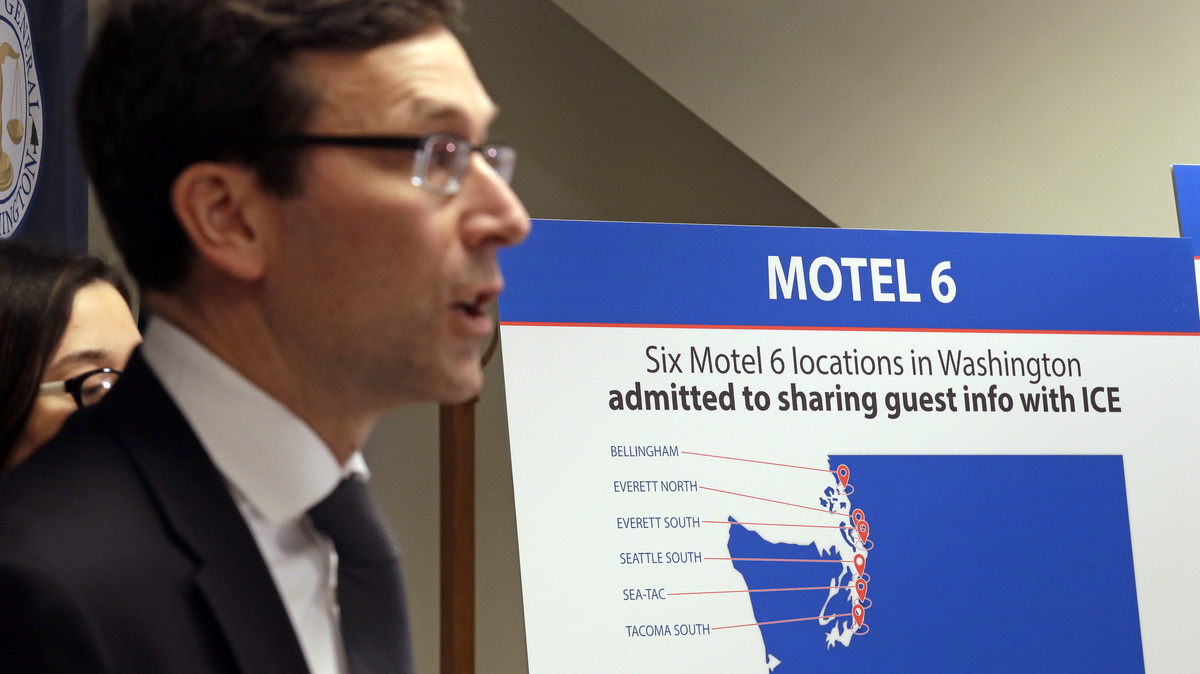 Ferguson told reporters that employees of the national budget chain divulged the names, birthdates, driver's license numbers, license-plate numbers and room numbers of more than 9,000 guests to U.S. Immigration and Customs Enforcement agents. The agents did not have warrants.

Washington's Supreme Court established that guest-registry information is private, Ferguson said, and Motel 6 violated the law each time it gave out private information.

" 'In September, Motel 6 issued a directive to every one of our more than 1,400 locations, making it clear that they are prohibited from voluntarily providing daily guests lists to Immigration and Customs Enforcement (ICE),' the company said in an emailed statement.

" 'Motel 6 takes this matter very seriously, and we have and will continue to fully cooperate with the Office of the State Attorney General,' the company added."

In September, Antonia Farzan, a reporter for the Phoenix News Times, broke the story that after the night audit, motel employees would pass along guests' personal information to federal authorities.

Farzan told NPR's Ari Shapiro, host of All Things Considered, how he uncovered the story:

"We got a tip that this was happening, started talking to local immigration attorneys and definitely kept hearing from people that this was a trend. They didn't really know what was behind it but that they kept seeing people get picked up at Motel 6.

"So at that point, we turned to court records and were able to confirm that there was a pattern happening here. And we found that at least 20 people that we know of were picked up at two Motel 6 locations in Phoenix."

Ferguson says his office is looking into whether 15 other Motel 6 locations, which operate as franchises, divulged similar private information.

"ICE spokeswoman Yasmeen Pitts O'Keefe said Wednesday the agency receives 'viable enforcement tips from a host of sources' but declined to discuss its possible interactions with Motel 6. She added that motels and hotels have 'frequently been exploited by criminal organizations engaged in highly dangerous illegal enterprises, including human trafficking and human smuggling.'

"The agency isn't named as a defendant in the lawsuit."