Accessibility links
China Unveils New Visa Program To Attract 'High-End' Foreigners : The Two-Way The move is aimed at easing past restrictions to attract foreign talent to key industries and sectors. The new visa is good for 10 years and can be obtained in less than a week. 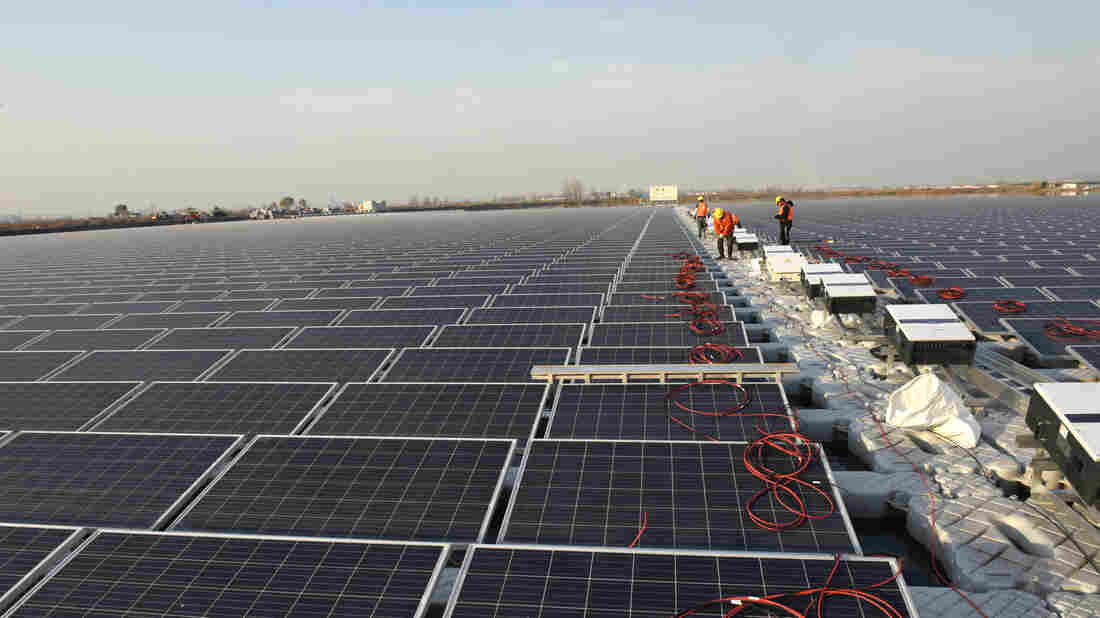 A photovoltaic plant is under construction above a pond at the mining subsidence area in Nihe Town in December in Huainan, Anhui province, China. VCG/VCG via Getty Images hide caption A photovoltaic plant is under construction above a pond at the mining subsidence area in Nihe Town in December in Huainan, Anhui province, China.

If you are a scientist, entrepreneur or a Nobel laureate, you might have a future as an expatriate in China.

The special visas — the first of which has already been approved — can be obtained in as few as five days, the government says.

Applications for the visa can be completed online and are free, the ministries say.

"Information uploaded by applicants will be shared by all the three departments, which will save the applicants' time since they won't need to hand in the information repeatedly," Gao Xiang, director of the policies and regulations department of the State Administration of Foreign Experts Affairs, said.

"The sought-after professionals include scientists and leading figures in technology-intensive sectors, the authorities said, adding that the categories could be adjusted based on the country's changing demand for talent.

Other perks include a visa fee waiver, 180-day stays for a single entry and a same-day visa permit approval for spouses and children."