Accessibility links
Time To Make The Doughnuts Free Of Artificial Dyes, Dunkin' Decides : The Two-Way Dunkin' Donuts had previously pledged to eliminate the dyes by the end of 2018, and is still working on its other menu items. 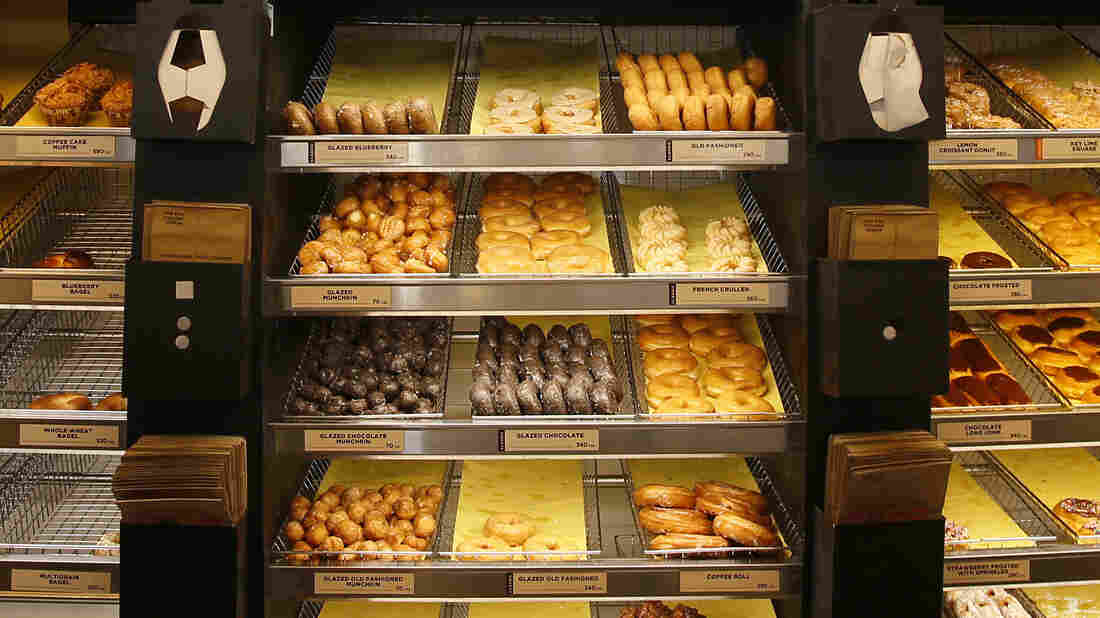 Doughnuts for sale at a Dunkin' Donuts in Edmond, Okla. Last year, the parent company said it would remove artificial colors from its products in the U.S. by the end of 2018. Now they say they've already achieved that goal for their flagship product. Sue Ogrocki/AP hide caption 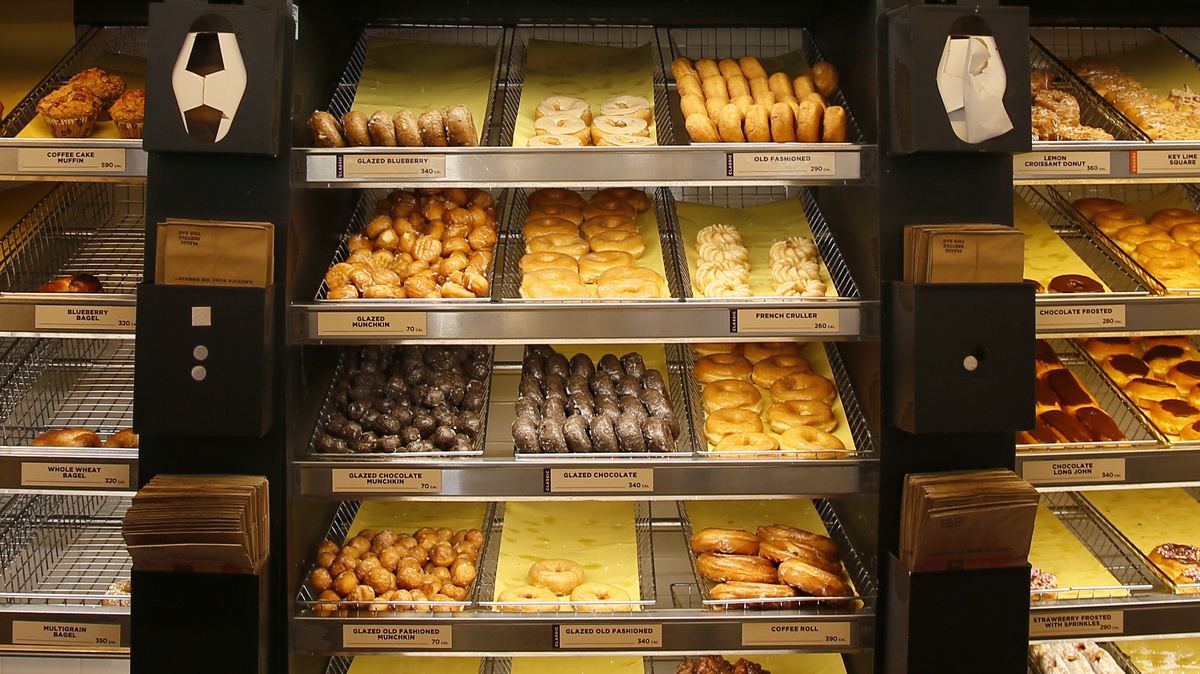 Doughnuts for sale at a Dunkin' Donuts in Edmond, Okla. Last year, the parent company said it would remove artificial colors from its products in the U.S. by the end of 2018. Now they say they've already achieved that goal for their flagship product.

Dunkin' Donuts has removed all artificial dyes from its doughnuts, nearly one year ahead of schedule, as the company continues to work to find replacements for synthetic coloring in its other menu items.

Rick Golden, Manager of Donut Excellence for Dunkin' Brands, announced the news on Thursday, saying that "bright, colorful confections" are a hallmark of Dunkin's doughnut lineup. The colors will remain, but the artificial colorings will be gone.

Last year, Dunkin' announced it planned to drop artificial colors. The target date was the end of 2018. That's still the goal for frozen drinks, other baked goods and breakfast sandwiches — but the doughnuts went au naturel, as it were, a little early.

"Our biggest challenge was replacing the artificial dyes in donuts with fruit juices and other extracts while balancing the flavor profile and bright colors," Golden wrote. "It took years of research and development to get it just right."

Some items used as toppings or decoration may still contain synthetic dyes, the company notes.

Dunkin' is the latest in a long line of food companies to replace artificial colors with naturally derived dyes, which can be more expensive and more difficult to consistently produce. (Meanwhile, some perfectly natural colorings, like a red dye made from crushed insects, have also been known to ick out consumers.)

In 2015, General Mills announced it would be coloring Trix cereal with dyes made from the spices turmeric and annatto, as well as fruit and vegetable juices, instead of the old artificial options. (The company now offers both naturally colored and "Classic" Trix.) Nestle re-did the recipes for 75 different candy bars to eliminate artificial flavors and colors. Panera boasted that it was dropping 150 different additives, including artificial colors.

Food dyes have been a particular target for advocates against artificial food additives, partly because they serve no health purpose, and partly because of specific concerns about their effect on children.

"Some parents, including the sponsor of a petition aimed at getting dyes out of candies, believe that artificial colorings in food can contribute to hyperactivity in their children.

"But the evidence to back this claim is mixed. 'I think there's a growing body of research that shows that artificial food colorings can affect a child's behavior,' Andrew Adesman, a spokesperson for the American Academy of Pediatrics, told us. 'On the other hand, these effects are relatively modest.'

"And, he adds, there's no evidence that artificial dyes pose long-term safety or health risks.

"Adesman says it's good that the food industry is giving parents more options to buy products that are free of these artificial ingredients. But he points out that eliminating artificial dyes does not turn chocolate bars into health foods.

" 'They [can be] high in fat and in sugar,' Adesman says — two things many of us could stand to cut back on."

The same, alas, is true of doughnuts.