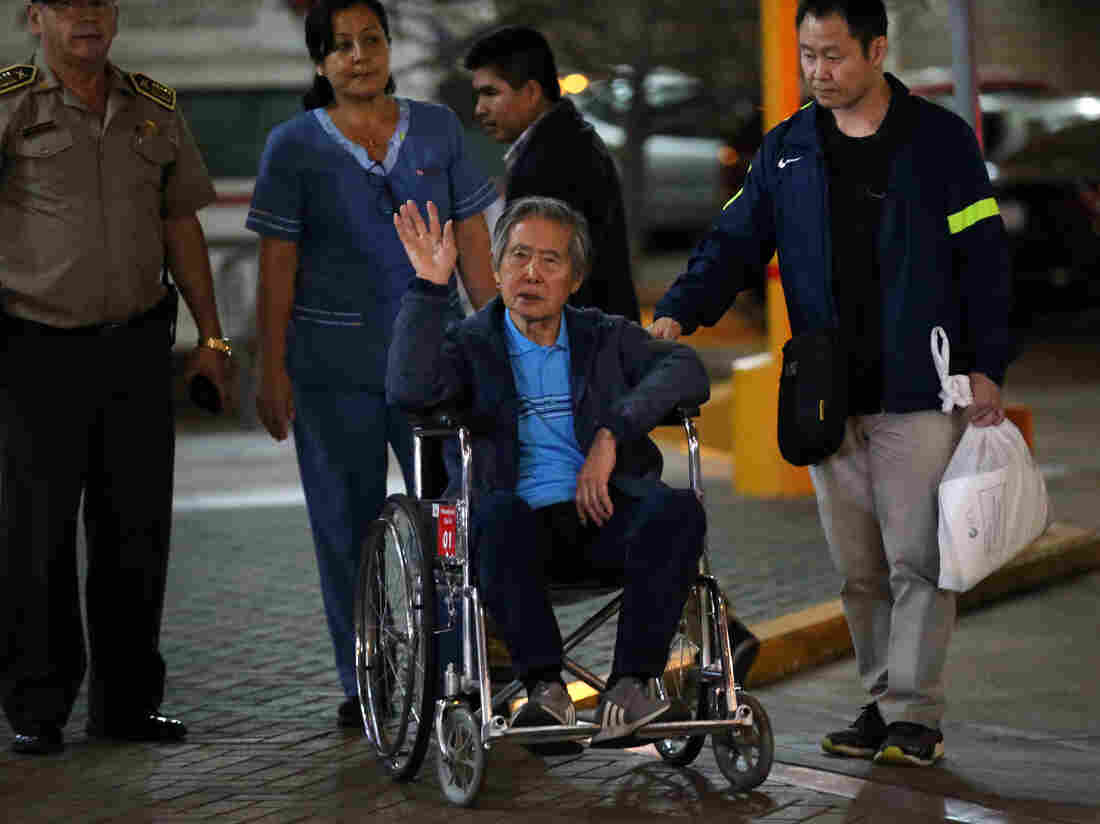 Former President Alberto Fujimori waves to supporters Thursday as he is wheeled out of a hospital, where he received his Christmas Eve pardon from President Pedro Pablo Kuczynski. Luka Gonzales/AFP/Getty Images hide caption 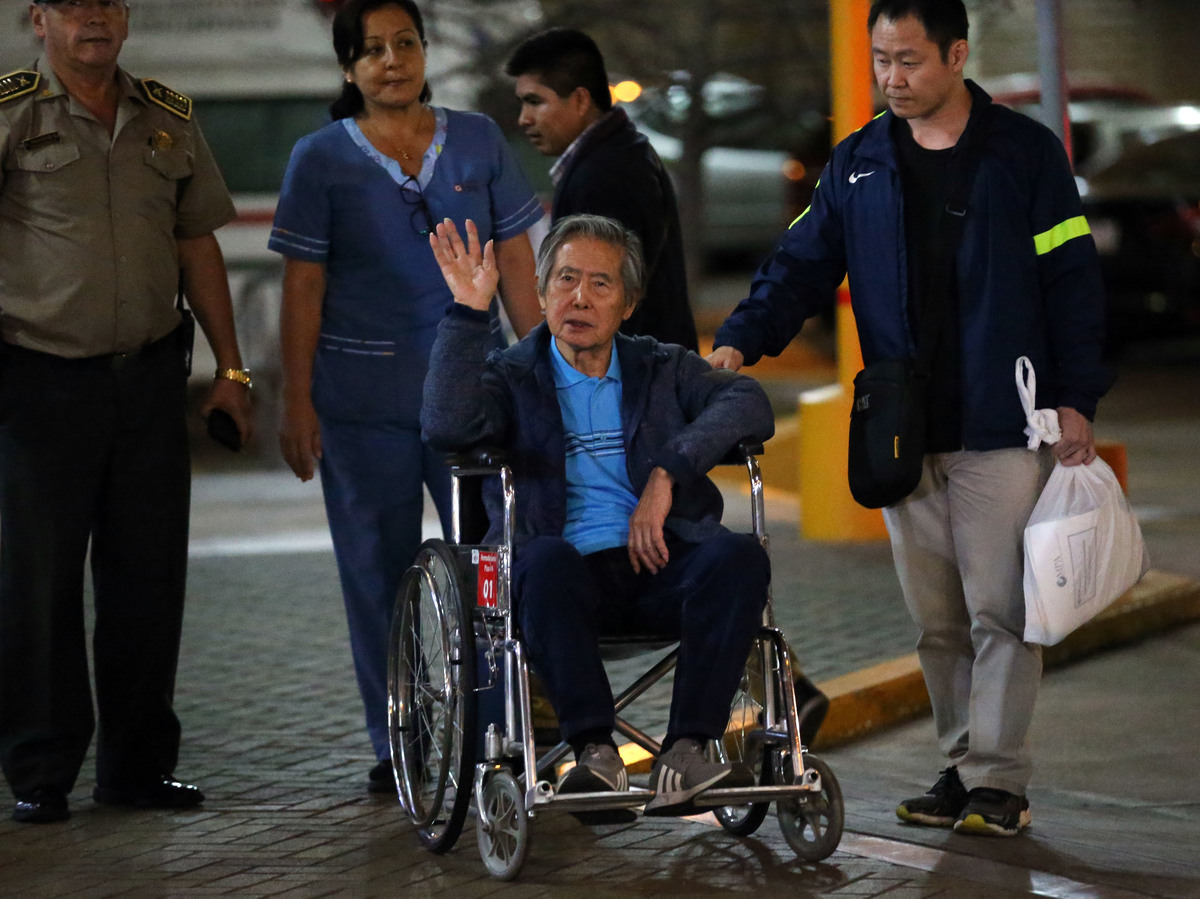 Former President Alberto Fujimori waves to supporters Thursday as he is wheeled out of a hospital, where he received his Christmas Eve pardon from President Pedro Pablo Kuczynski.

Peru's former President Alberto Fujimori left a hospital in Lima on Thursday night, wheeled out to the adoring cheers of supporters who had gathered for the occasion. For the first time since 2009, when he was convicted of human rights crimes, the newly pardoned Fujimori could greet the outside world in person as a free man.

Fujimori, who was ousted from office in 2000 after a decade of authoritarian rule, waved, grinned and got into a black SUV that bore him toward a house where his family waited. There, the group — including his children Keiko and Kenji, who are now leading politicians in their own right — posed for a photograph posted to social media, all smiles.

Despite the scene surrounding Fujimori, his release Thursday did not engender celebration across the board. Far from it, in fact.

Nearly two weeks ago Peruvian President Pedro Pablo Kuczynski granted the 79-year-old former strongman, who suffers from an incurable condition, what Kuczynski has called a medical pardon. The move came shortly after Fujimori, who was serving a 25-year prison sentence, was admitted to the clinic for treatment, and just days after Kuczynski survived an impeachment attempt for his involvement in a massive international corruption scandal — and he survived partly on the strength of Fujimori's reported last-minute support, Reuters notes.

The timing has smelled fishy to Kuczynski's critics, who took to the streets for several days of protests against what they see as a flagrant quid pro quo. As NPR's Carrie Kahn reported last month, "demonstrators holding black-and-white photos of victims of Fujimori's human rights abuses shouted, 'Dictatorship never again!' "

"We are appalled at the decision. It is a slap in the face for the victims and witnesses whose tireless commitment brought him to justice," a group of U.N. human rights experts said in a joint statement after his pardon was announced, noting that his crimes included extrajudicial killings, enforced disappearances and kidnapping.

"It is also a major setback for the rule of law in Peru: a humanitarian pardon has been granted to someone convicted of serious crimes after a fair trial, whose guilt is not in question and who does not meet the legal requirements for a pardon."

Fujimori, for his part, struck a conciliatory tone in a recorded speech from his hospital bed last month. "To you all," he said in a video posted to Facebook, "I ask forgiveness with all my heart."

It remains unclear what, if any, role he will play in Peruvian politics now that he has been released.

Fujimori's Popular Force party, meanwhile, has become an arena for intra-family intrigue. It has been led by his daughter Keiko, a prominent Kuczynski rival who narrowly lost to him in the country's 2016 presidential election and who supported the recent effort to impeach him. But her brother Kenji, an emerging politician in his own right, defected from the party line along with several others to help save Kuczynski's job.

Still, the pleas for reconciliation and bouts of political wrangling have done little to ease the anger felt by many Peruvians at Fujimori's release.

"You may have benefited improperly from an illegal pardon," human rights activist Gisela Ortiz apostrophized, speaking to Reuters, "but that does not take away your responsibility for the death and corruption of the 1990s."