Accessibility links
Immigrant Acquitted Of San Francisco Killing Sentenced On Lesser Gun Charge : The Two-Way Jose Ines Garcia Zarate, who was found not guilty in November in the death of Kate Steinle, was sentenced Friday on a state gun violation to time already served. He will now face federal gun charges. 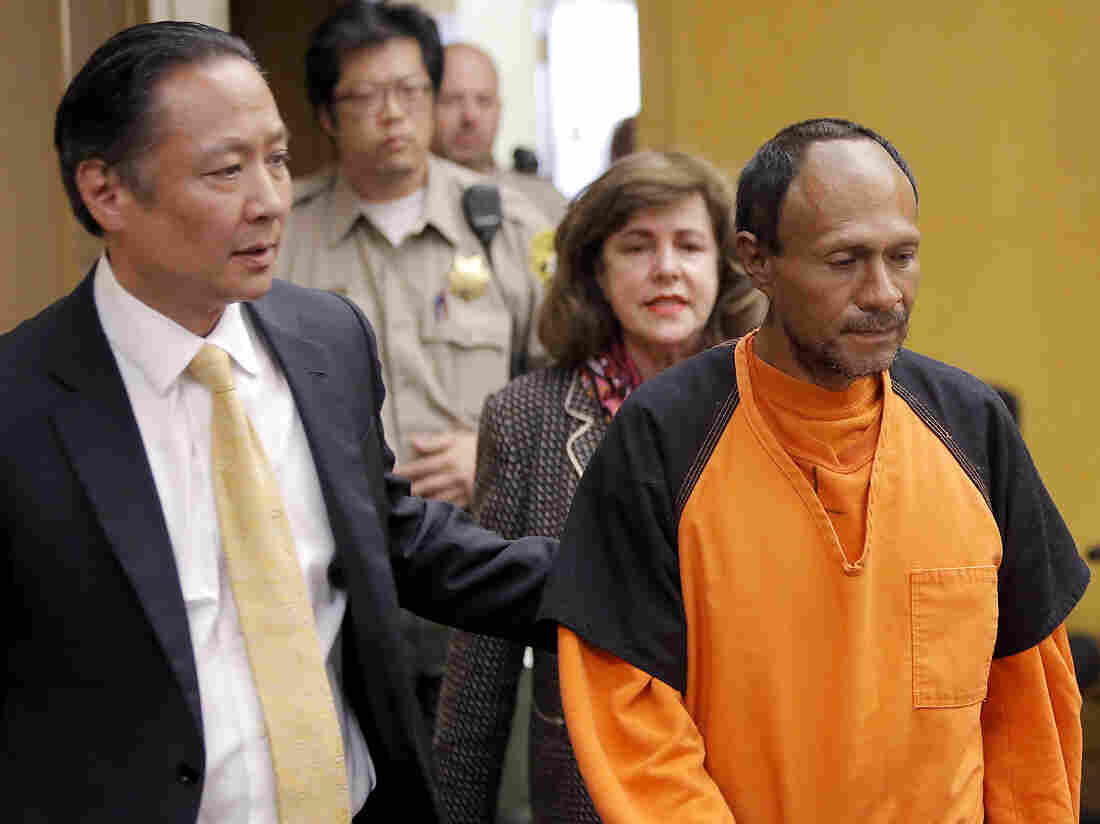 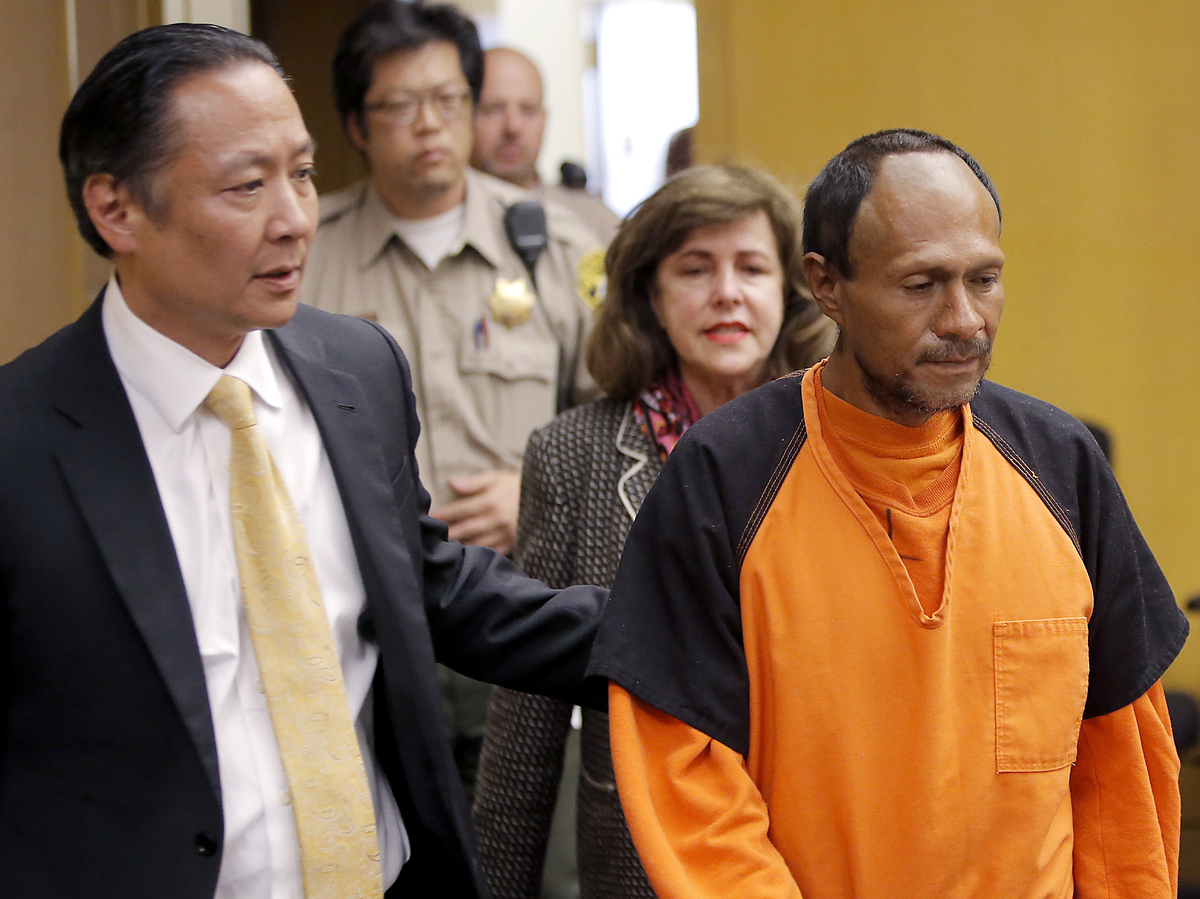 Jose Ines Garcia Zarate, a homeless undocumented immigrant, who was acquitted of murder in the shooting death of San Francisco resident Kate Steinle on a city pier, was sentenced to time already served for being a felon in possession of a gun.

Zarate had faced a maximum sentence of three years for his conviction on the state charge of being a felon in possession of a gun. He's been in custody for about 30 months since his arrest for killing Steinle as she was walking arm-in-arm with her father.

Superior Court Judge Samuel Feng denied a defense motion for a new trial on the gun possession charge. Zarate's public defenders had argued that the judge did not properly instruct the jury on the issue that the defendant may have had only "momentary" possession of the gun and therefore did not commit a crime.

The jury of six men and six women decided in November that Zarate had not intentionally killed Steinle after hearing evidence that the single, fatal shot fired had ricocheted off the ground and travelled about 78 feet before striking her. The defense had argued that Zarate found the gun in a cloth under his bench seat and the gun accidentally discharged.

Zarate had been deported five times and was slated to be removed from the United States again in early 2015 when he was transferred by federal authorities to San Francisco to face a local 20-year-old marijuana charge. That charge eventually was dropped and local authorities released him in accordance with San Francisco's sanctuary-city policies. Steinle's death occurred several weeks later.

A week after his acquittal, Zarate was indicted on two federal charges of being a felon and undocumented immigrant in possession of a firearm and ammunition. San Francisco authorities say they will turn Garcia Zarate over to federal immigration authorities, although it is not immediately clear as to when. The federal gun charges carry a penalty of up to ten years in prison, after which — if he were convicted — he presumably would be deported.