Accessibility links
Pfizer Halts Research Into Alzheimer's And Parkinson's Treatments : The Two-Way The pharmaceutical giant said it would be abandoning its neuroscience development programs and allocating its spending elsewhere. The move also means the company will lay off some 300 employees. 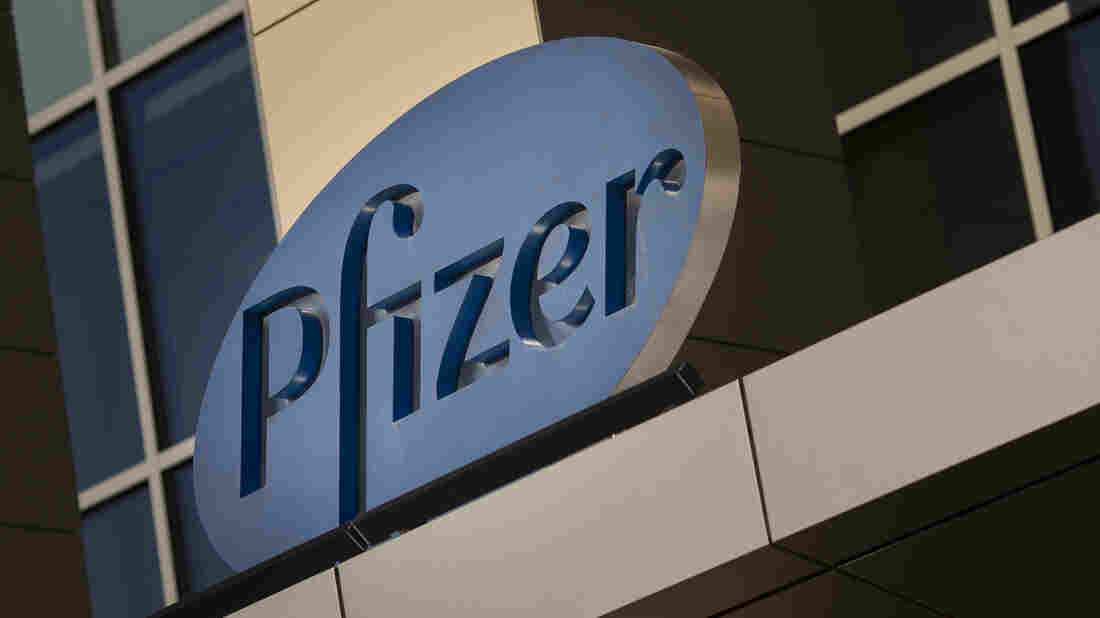 Pfizer said it would be abandoning its neuroscience development programs and allocating its spending elsewhere. Dominick Reuter/AFP/Getty Images hide caption 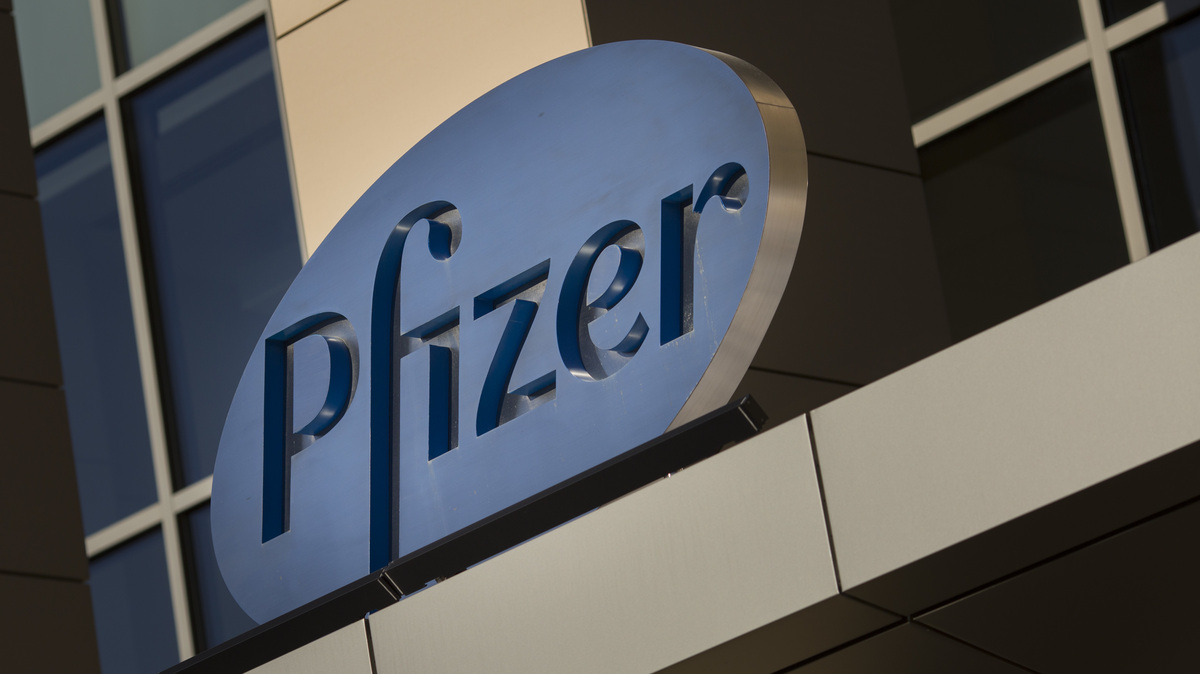 Pfizer said it would be abandoning its neuroscience development programs and allocating its spending elsewhere.

Pfizer has announced plans to end its research efforts to discover new drugs for Alzheimer's and Parkinson's diseases. The pharmaceutical giant explained its decision, which will entail roughly 300 layoffs, as a move to better position itself "to bring new therapies to patients who need them."

"As a result of a recent comprehensive review, we have made the decision to end our neuroscience discovery and early development efforts and re-allocate [spending] to those areas where we have strong scientific leadership and that will allow us to provide the greatest impact for patients," Pfizer said in a statement emailed to NPR.

The round of several hundred layoffs "will take place over the coming months" at its research and development labs in the Northeast — specifically, sites in Cambridge and Andover, Mass., and in Groton, Conn.

"Any decision impacting colleagues is difficult; however, we believe this will best position the company to bring meaningful new therapies to market, and will bring the most value for shareholders and patients."

More Than Memory: Coping With The Other Ills Of Alzheimer's

Alzheimer's Starts To Steal The Joy Of Being A Grandfather

The decision is likely to come as a blow not only to Pfizer employees, but also the millions of people worldwide suffering from Alzheimer's and Parkinson's, two neurodegenerative disorders that target memory and motor functions, respectively. Neither has a known cure — and, as British neuroscientist Joseph Jebelli recently told Fresh Air, current treatments have proved far less than ideal.

"The current medication for Alzheimer's disease is approved, essentially, because it's better than nothing," Jebelli said last week.

Despite heavily funding research efforts into potential treatments in the past, Pfizer has faced high-profile disappointment in recent years, as Reuters notes: "In 2012, Pfizer and partner Johnson & Johnson (JNJ.N) called off additional work on the drug bapineuzumab after it failed to help patients with mild to moderate Alzheimer's in its second round of clinical trials."

Another potential treatment for neurodegenerative disorders — this one developed by Axovant, another pharmaceutical company — also found itself recently abandoned. The company dropped its experimental drug intepirdine after it failed to improve motor function in patients with a certain form of dementia — just three months after it also failed to show positive effects in Alzheimer's patients.

The stock prices of both Pfizer and Axovant fell Monday on news of the companies' decisions. As The Wall Street Journal reports, treatments for Alzheimer's and Parkinson's diseases are seen as a crucial beacon of hope for patients and their families. And with an estimated 5.5 million people suffering from Alzheimer's in the U.S. and about half a million Americans suffering from Parkinson's, these treatments are seen by many in the pharmaceutical industry and other market watchers as having "multibillion-dollar sales potential," the Journal says.

And so, the paper explains, other companies plan to carry these efforts forward:

"Much of the early drug research is now in the hands of startups established in the past few years, including some led by former executives and scientists from big drug companies.

"Venture investment in neuroscience companies was nearly $1 billion, or 42%, higher from 2012 to 2016 compared with the five-year period prior, according to the LifeSciVC blog by a venture-capital executive whose firm has funded such companies."

Pfizer also notes it plans to "create a dedicated neuroscience venture fund to support continued efforts to advance the field."

In the meantime, Jebelli said hope persists for patients and researchers alike.

"Just the last few years alone have seen some serious breakthroughs in Alzheimer's research," he said. "Ten years should be enough time for us to develop, if not a cure, certainly a much better treatment than what we have at the moment."