Accessibility links
Still In Search Of A Deal, Merkel Faces A Crucial Week Of Coalition Talks : The Two-Way The German chancellor's first try at forging a government failed. Now, over three months since the election, she's trying again — this time with a familiar counterpart. But it's unlikely to be easy.

Still In Search Of A Deal, Merkel Faces A Crucial Week Of Coalition Talks

Still In Search Of A Deal, Merkel Faces A Crucial Week Of Coalition Talks 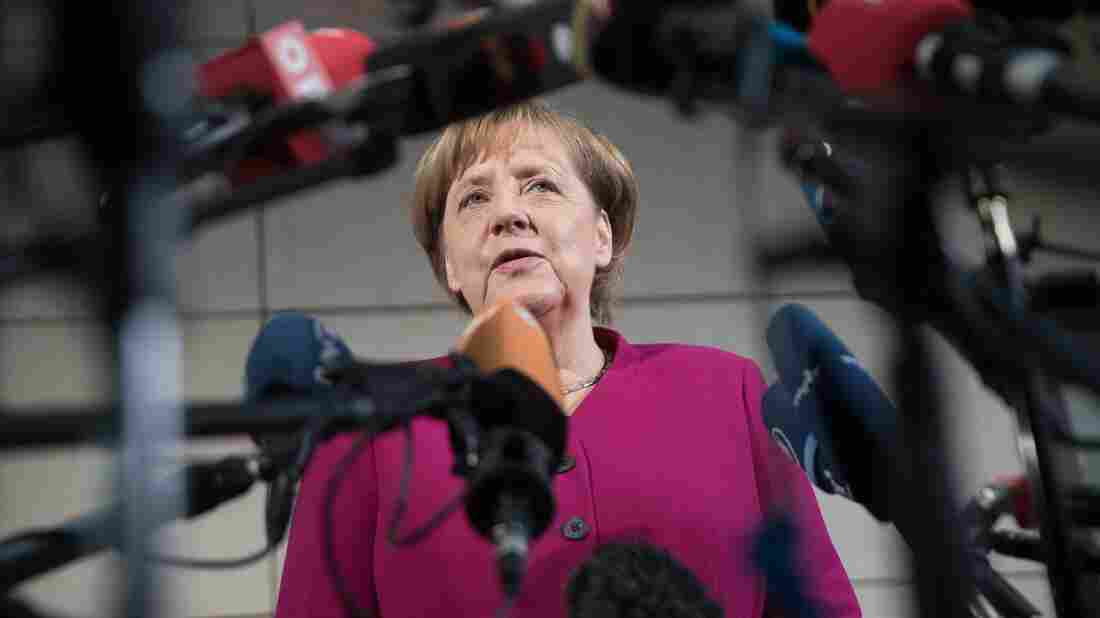 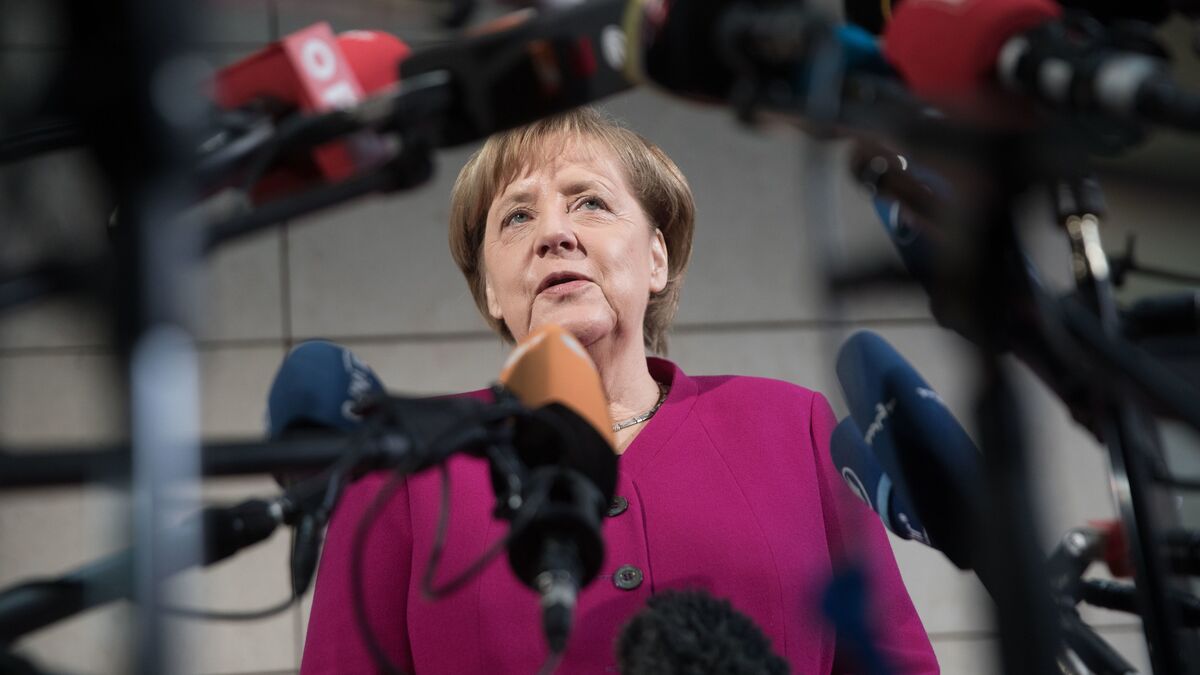 German Chancellor Angela Merkel delivers a statement prior to a meeting in Berlin with conservative and Social Democratic party leaders.

It has been more than 100 days since Germany headed to the polls — but the next handful of days might matter more than all of them combined.

Since late September — when German voters handed Chancellor Angela Merkel a fourth term, albeit without giving her party an outright majority — the country has teetered without a new formal government. Unable to win the support of another party for a governing coalition yet, Merkel is now staring down the possibility that the monthslong standoff may force a new election entirely.

On Sunday, Merkel embarked on preliminary coalition talks with the center-left party, also known as the SDP. They were her second choice — after similar negotiations with a separate pro-business party broke down in November — but it appears circumstances have forced her hand: Party leaders, both for the SDP and the center-right alliance fronted by Merkel, have given themselves until Thursday to determine whether a framework agreement is possible.

Now, the two sides are no strangers to one another. Far from it, in fact: They are partners in the caretaker government now steering the country, and their "grand coalition" of centrists has governed for eight of the past 12 years.

Yet the friendship one might expect of such long-connected factions has faltered in recent months. Both groups saw disappointing results at the ballot box in September, losing dozens of votes to smaller minority parties — which many lawmakers took to be a sign of dissatisfaction with the previous arrangement. Martin Schulz, leader of the SDP, even vowed on election night that the party would outright reject a place in any governing coalition and instead act as opposition.

Faced with the prospect of prolonging the political uncertainty of the past three months, Schulz relented on that pledge — at least for the sake of preliminary talks — but that does little to erase the growing policy differences between the two sides.

"One is the issue of [European Union] reforms, which is on the table today. In other words: Does the EU or the member states — do they integrate more politically and economically or less so?

"The other issue is whether Germany will actually reach its 2 percent of GDP spending on defense in NATO, which is something that's being demanded by the Trump administration. The conservatives say yes, and the central Social Democrats say no.

"But the biggest hurdle is probably the refugee policy, because the conservatives are very worried that if they don't tighten this, that more voters are going to go to the Alternative for Germany party, which is a far-right party that is now in parliament."

Indeed, the AfG looms as a silent shadow over this week's talks. The once-marginalized party, which is serving in the German Parliament for the first time, has been denounced by all the other parties as xenophobic — yet it has been gaining in popularity, particularly amid an uncertain political environment.

Now the third-largest faction in Parliament, the AfG would have the opportunity to build on those gains if this week's talks fall through and circumstances force a new election. Though, as Soraya points out, the party could stand to gain even from successful negotiations, since a coalition between Merkel's conservatives and the SDP would make the AfG "the main opposition party, which brings with it major posts within parliamentary committees and more money."

Should this week's preliminary negotiations emerge with an agreement, it would be far from the final word on the matter. Party leaders would then need to bring the terms back to their own members, many of whom remain opposed to renewing a partnership with the other side. Only with those members' OK can full-blown coalition talks proceed.

Even in the swiftest possible scenario, Germans have many weeks left before they can arrive at a settled coalition at the helm.