Accessibility links
Controversial Mississippi Law Limiting LGBT Rights Not Heading To Supreme Court : The Two-Way The justices leave in place a federal appeals court decision that allowed the law to take effect. It came into force in October. 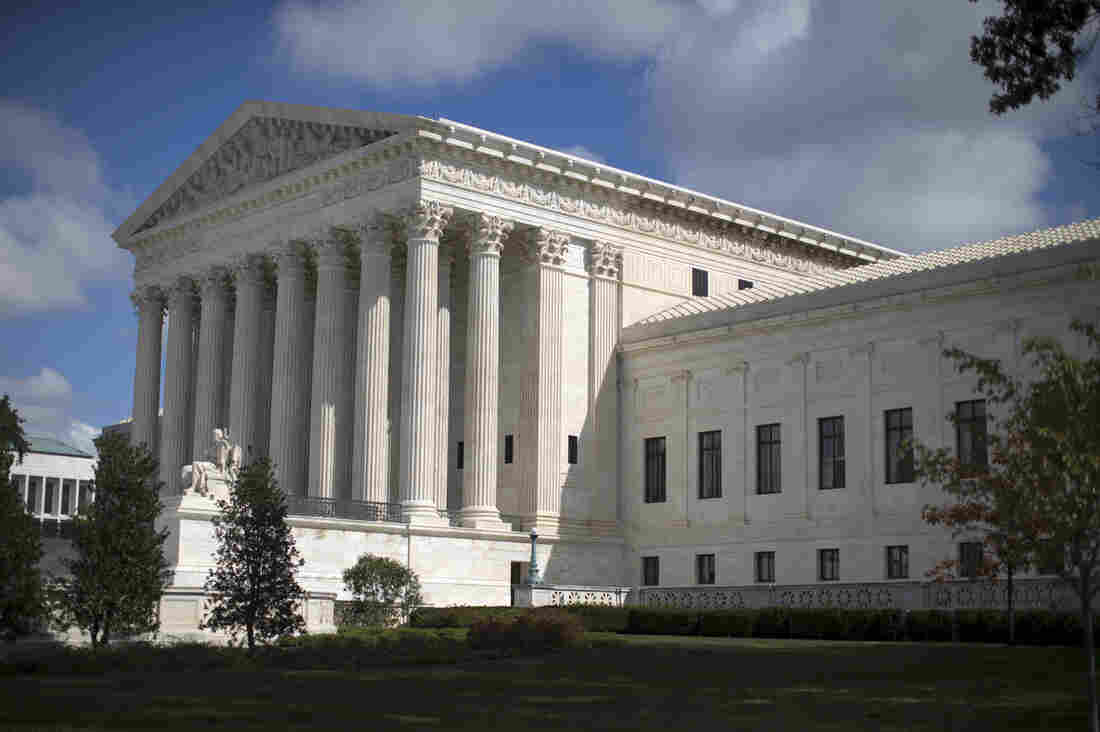 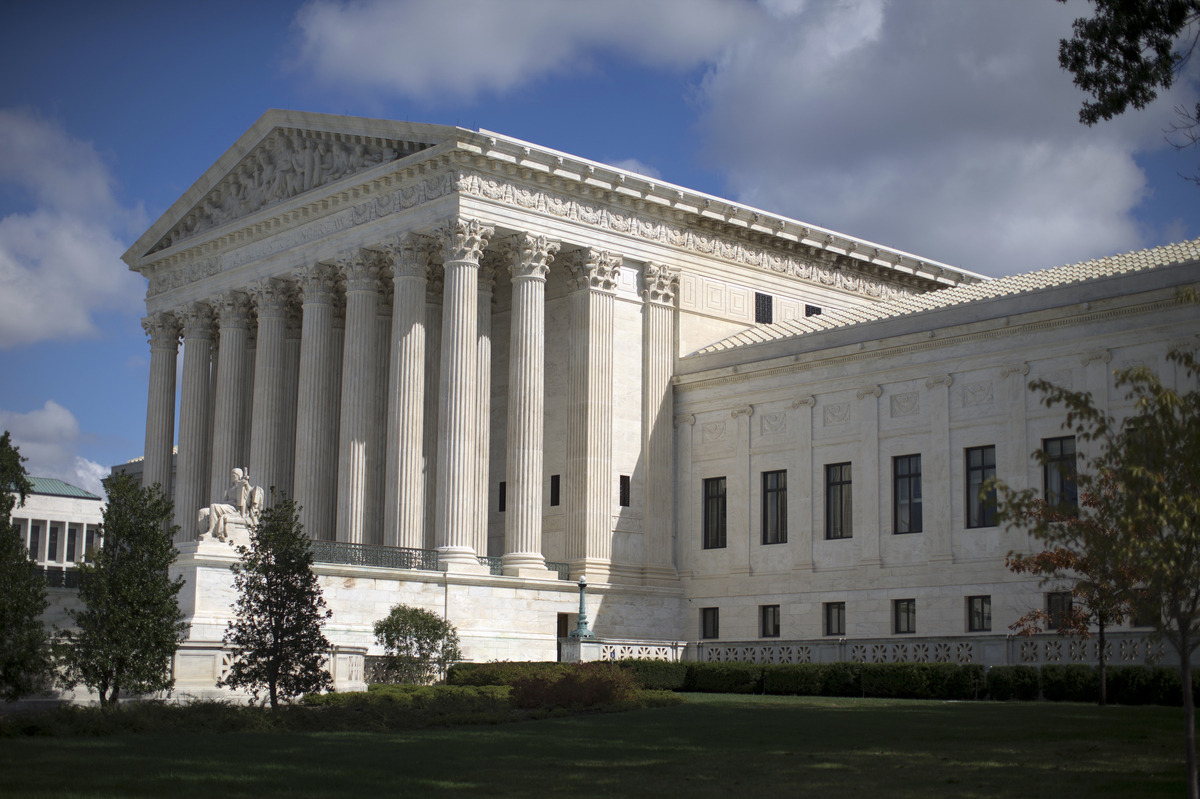 The Supreme Court declined to take up a case over a Mississippi law that provides specific protection for three "sincerely held" religious beliefs.

The Supreme Court says it will not take up a challenge to a Mississippi law that allows businesses and government officials to deny services to LGBT people if doing so would conflict with certain "sincerely held" religious beliefs.

By rejecting the cases, the top court leaves in place a federal appeals court decision that allowed the 2016 law to take effect. It came into force in October.

"We had challenged it before it went into effect ... before people were hurt and turned away and left without all the access to health care and government services that everyone else has," says Beth Littrell, a lawyer for Lambda Legal, a legal organization that advocates for LGBT people.

Some religious conservatives are celebrating the Supreme Court's decision regarding the law, which was strongly supported by Mississippi Gov. Phil Bryant.

"As I have said from the beginning, this law was democratically enacted and is perfectly constitutional. The people of Mississippi have the right to ensure that all of our citizens are free to peacefully live and work without fear of being punished for their sincerely held religious beliefs," Bryant said, according to Mississippi Today.

The federal appeals court did not rule last year on the constitutionality of the law, known as HB 1523; it ruled that the plaintiffs did not have standing to challenge the law. The decision was about two similar lawsuits against HB 1523 – Barber v. Bryant and Campaign for Southern Equality v. Bryant – both of which the Supreme Court said Monday that it would not take up.

"This law that targeted LGBT people [and] privileged specific religious beliefs over others — that was a harm in and of itself," said Littrell. "The stigma itself of targeting LGBT people and saying that if you don't like them, you don't have to deal with them, is dangerous and harmful."

But the Fifth Circuit appeals court did not agree. Before the law had taken effect, the judges did not find the plaintiffs had proved that the law had harmed them enough to have legal standing.

The Supreme Court did not state why it did not take up the case. Lawyers say they will continue to challenge the law by filing new lawsuits as LGBT individuals in Mississippi show how the law has negatively impacted their lives. Littrell says that now that the Supreme Court has declined to take up the case, she believes more LGBT individuals will be tangibly harmed by state officials, religious organizations and service providers.

"We're ready to sue again when plaintiffs tell us about the harm," the lawyer adds. "We would have to go back and start over again when we are able to articulate and show the particular ways this law is hurting people."

The law provides protections to people with three specific "religious beliefs or moral convictions." Here's that section of the law:

Opponents argue that the law confers a kind of special status on people with any of these three beliefs. The law lists numerous actions that people with these beliefs can take without facing legal action. For example, religious organizations and state employees declining to officiate same-sex marriages; foster parents raising foster children according to these beliefs; medical professionals declining to provide services to people seeking sex-reassignment surgery; and wedding service providers who deny service to same-sex couples.

It could also impact bathroom policies for transgender people. And as The Associated Press reported, "opponents say it also allows pharmacies to refuse to fill birth control prescriptions for unmarried women."

Not all of these provisions are a change in Mississippi. As NPR's Camila Domonoske has reported, "many of these forms of discrimination against gay and trans people are currently legal in Mississippi, and in many other states. For instance, business owners in Mississippi can already refuse to bake a cake for a gay couple without breaking the law."

Many business owners have also spoken out against the law; according to South Mississippi's Sun Herald, more business owners in the area have decried it than support it.

It has also recently impacted a local sports team, according to the newspaper:

"The law ...was responsible for recent bad news for the Southern Miss baseball team. The Golden Eagles were set to pay three home games in February against Stony Brook university in Long Island, New York, but all non-essential state travel to Mississippi was banned by New York Gov. Andrew Cuomo because of HB 1523."

One of the most high-profile cases in front of the Supreme Court this term covers similar issues. The Masterpiece Cakeshop case is centered on whether a baker morally opposed to same-sex marriage can decline to make cakes for same-sex weddings. As NPR's Nina Totenberg has reported, a decision is expected by June.