Accessibility links
New Report Shows Weather Disasters In 2017 Cost More Than $300 Billion : The Two-Way Hurricanes, fires and even hail contributed to billions of dollars in damages. The government study also finds that it was among the warmest years on record. 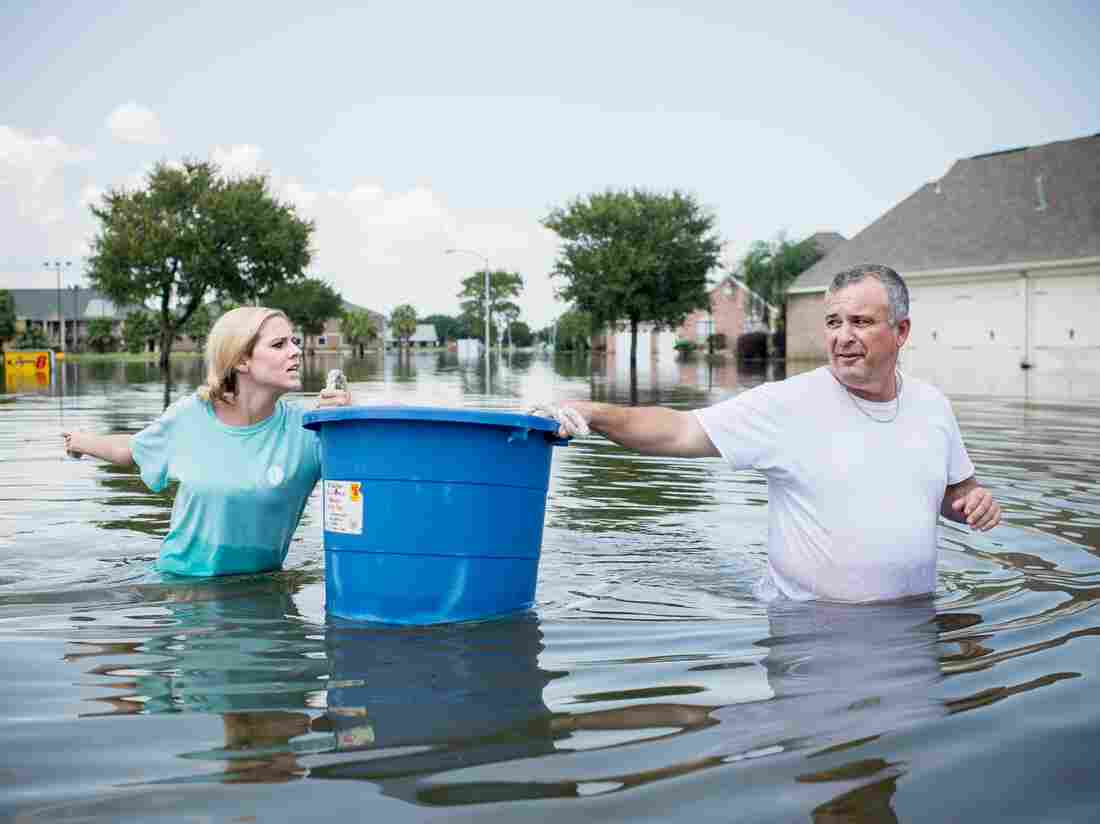 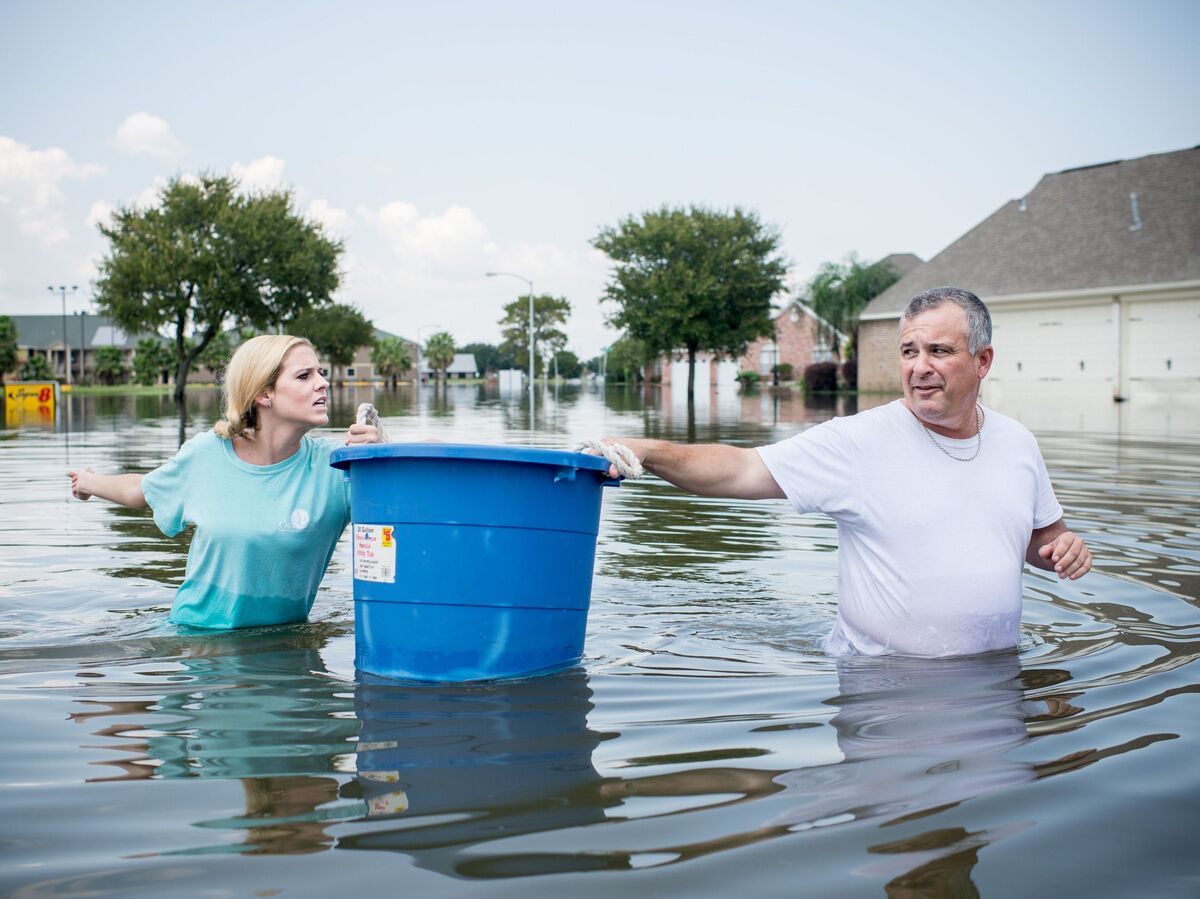 Before it got cold this winter, it was warm. Very warm. In fact, new data out Monday shows 2017 was the third warmest year recorded in the lower 48 states.

And it was also a smackdown year for weather disasters: 16 weather events each broke the billion-dollar barrier.

First, the heat. Last year was 2.6 degrees F warmer than the average year during the 20th century.

That may be hard to remember in the thick of winter. But climate scientist Deke Arndt points out that even in a warm year, we still have frigid weather that invades from the north. "We still have very cold poles and we still have the same weather systems that pull cold air away from those poles into places where we live," he explains.

Louisiana Says Thousands Should Move From Vulnerable Coast, But Can't Pay Them

Arndt is part of a team at the National Oceanic and Atmospheric Administration that assesses each year's weather and climate. They note that 2017 is the 21st year in a row in which the average annual temperature was warmer than the average over the 20th century. And the five warmest years for the lower 48 states have all occurred since 2006.

NOAA experts also tally the cost of bad weather. And last year was pricey. NOAA researcher Adam Smith says the cost of these events was unprecedented. "The cumulative impact of these 16 events exceeds $300 billion in damage," Smith says, "which is a new U.S. annual record." And having 16 billion-dollar events in one year has only happened once before, in 2011.

This year saw a trinity of horrible hurricanes: Harvey, Irma and Maria. But there was also flooding in California last February, followed by ferocious late-year fires. There were hail storms in Colorado and Minnesota, and three tornado outbreaks. There was drought and fire in the Plains states.

NOAA's assessment acknowledges that part of the rising disaster toll is due to people building more homes and businesses in vulnerable places. That's especially true with recent losses from wildfires and hurricanes. But Arndt notes that a warmer world clearly makes some weather worse. "Heat waves, their duration, their intensity, their frequency is going up," he says, as is the frequency of very heavy rainfalls.

Busalacchi runs the University Corporation for Atmospheric Research. He says many scientists who work for him are taking on a new task: advising insurance companies on how to lower those risks as the climate keeps warming.