Accessibility links
Joe Arpaio Will Run For A U.S. Senate Seat, Pledging Support For Trump : The Two-Way Arizona Republican Joe Arpaio, the former Maricopa County sheriff who became famous for his controversial stance on immigration, says he wants to join Congress so he can help President Trump.

Joe Arpaio Will Run For A U.S. Senate Seat, Pledging Support For Trump

Joe Arpaio Will Run For A U.S. Senate Seat, Pledging Support For Trump 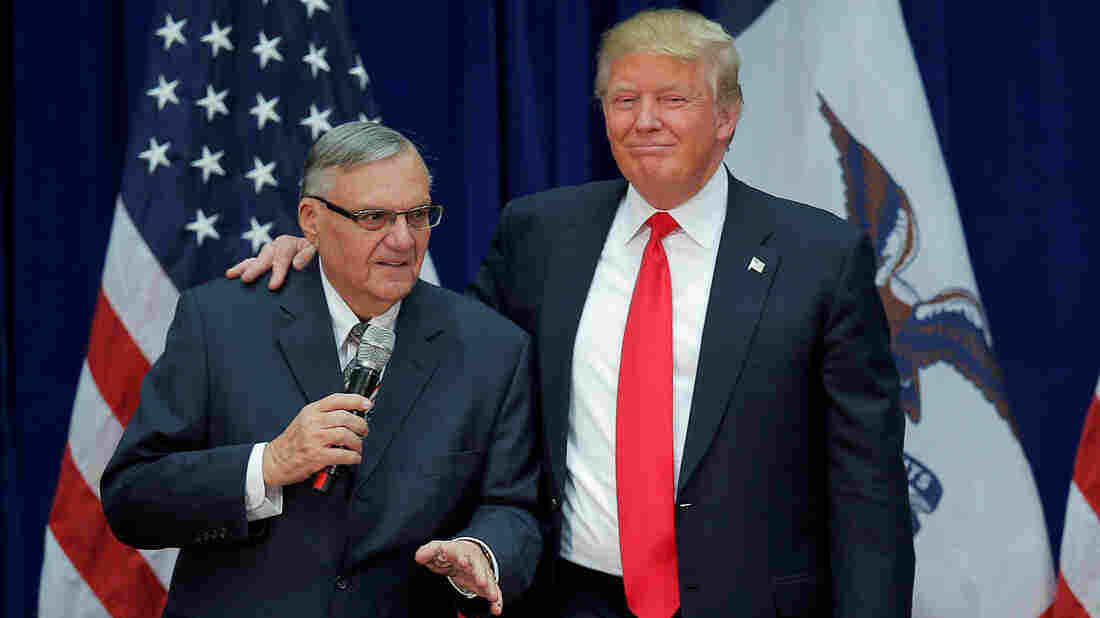 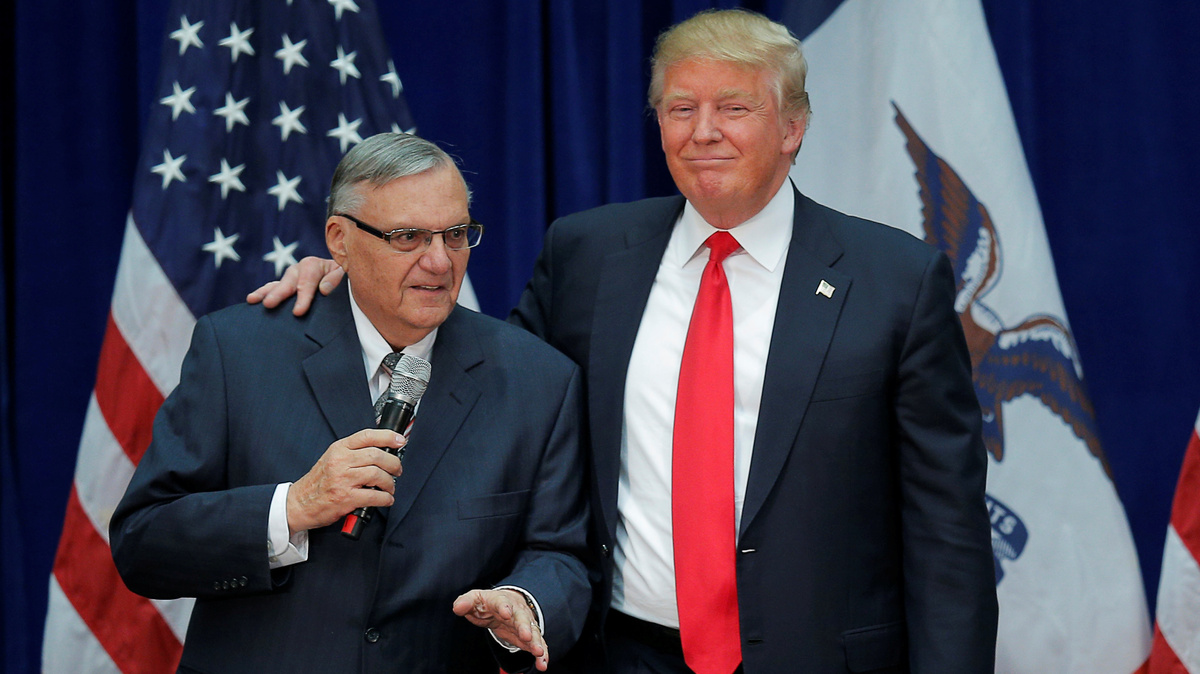 Former Maricopa County Sheriff Joe Arpaio helped Donald Trump during the 2016 presidential campaign — and now he wants to help the president in Washington.

Arizona Republican Joe Arpaio, the former Maricopa County sheriff who became famous for his controversial stance on immigration, has announced his candidacy for the U.S. Senate, saying he wants to join Congress so he can help President Trump.

Arpaio made the announcement in a tweet on Tuesday, contending that helping Trump was his "one unwavering reason" for running.

I am running for the U.S. Senate from the Great State of Arizona, for one unwavering reason: to support the agenda and policies of President Donald Trump in his mission to Make America Great Again. https://t.co/ANppBdDOtp

Arpaio is running for the seat being vacated by Sen. Jeff Flake, a Republican who has been a critic of Trump and who announced in October that he would not seek re-election.

The former sheriff announced his plan to run for the Senate less than a year after he was convicted of criminal contempt — a crime for which Trump pardoned Arpaio in August, after holding a rally in Phoenix.

Arpaio told NBC News that he didn't tell Trump about his decision ahead of time and that he is running because Washington needs "fresh blood."

This year's midterm elections are being held two years after Arpaio lost his sheriff's job to Democrat Paul Penzone, a former sergeant in the Phoenix Police Department. Arpaio had held the office for 24 years and had amassed more than $12 million in campaign funds.

Arpaio's entry into the Senate race prompted immediate criticism from Democratic National Committee Chair Tom Perez, who released a statement saying, "Joe Arpaio is one of our nation's most notorious agents of racism and bigotry. He has spent his career tearing apart immigrant families and devastating Latino communities, and he has no place in the U.S. Senate."

Famous for embracing the title of "America's Toughest Sheriff," Arpaio was convicted by a federal judge after defying an order to stop detaining immigrants simply because of their legal status. His deputies maintained that practice for 18 months after a court told Arpaio to stop targeting Latino drivers.

The misdemeanor criminal conviction had carried a maximum sentence of six months in jail and a fine. But Arpaio was pardoned before his October sentencing date.

Arizona will hold its primary in late August, with the midterm election scheduled for Nov. 6.