Accessibility links
Interior Secretary Zinke: Florida Offshore Oil Drilling Is 'Off The Table' : The Two-Way Zinke cites a request from Gov. Rick Scott and his argument that the state relies on tourism. Critics note the state is rich in electoral votes and other states also rely on tourism. 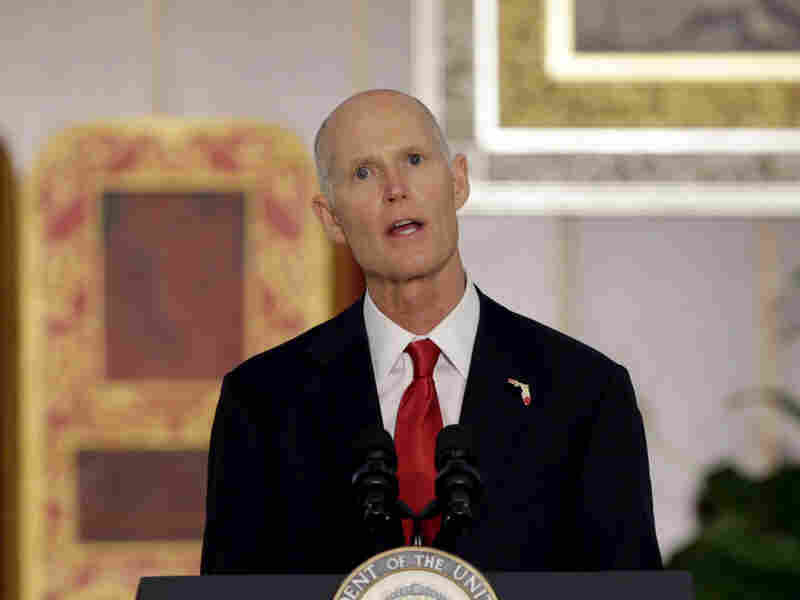 The Trump administration will cancel plans to allow oil drilling off the coasts of Florida at the request of Gov. Rick Scott, seen in Doral, Fla., last year. Lynne Sladky/AP hide caption 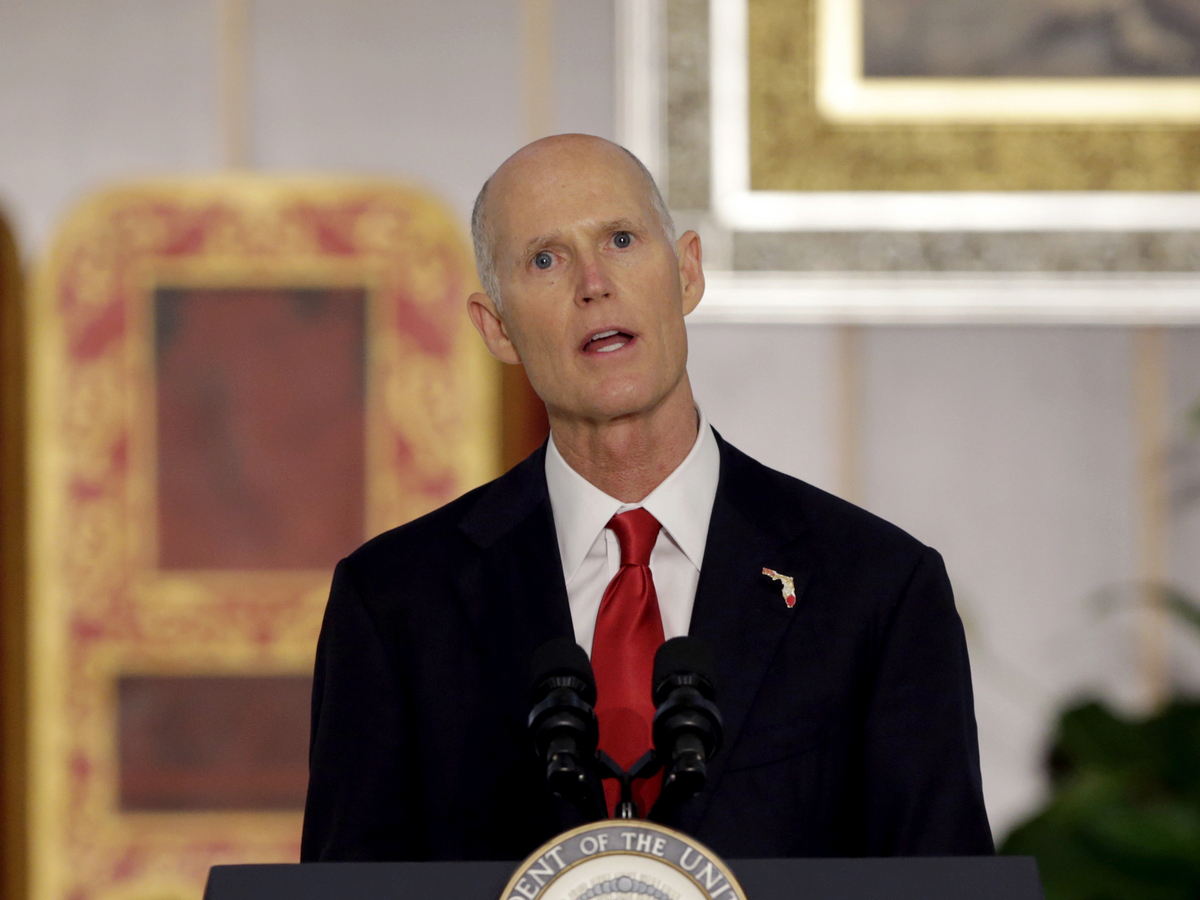 The Trump administration will cancel plans to allow oil drilling off the coasts of Florida at the request of Gov. Rick Scott, seen in Doral, Fla., last year.

A week after announcing a dramatic expansion of offshore drilling in the Atlantic and Pacific Oceans, Interior Secretary Ryan Zinke said the Trump administration will grant an exception for the state of Florida.

After what the Associated Press reported as a brief meeting between Zinke and Florida's Republican Gov. Rick Scott at the Tallahasee airport, Zinke said oil-drilling in the Atlantic Ocean off Florida and in the eastern Gulf of Mexico would be "off the table."

In a statement, Zinke said:

"I have witnessed Governor Scott's leadership through hurricane season and am working closely with him on Everglades restoration. He is a straightforward leader that can be trusted. President Trump has directed me to rebuild our offshore oil and gas program in a manner that supports our national energy policy and also takes into consideration the local and state voice. I support the governor's position that Florida is unique and its coasts are heavily reliant on tourism as an economic driver. As a result of discussion with Governor Scott's [sic] and his leadership, I am removing Florida from consideration for any new oil and gas platforms."

Zinke did not say whether he would meet with governors of other coastal states to hear their concerns, or whether Interior officials had consulted with Gov. Scott before the announcement last week.

"The Interior Department is looking to radically change policies for offshore oil and gas leasing. Last week, Secretary Zinke announced a proposed plan he called the 'largest number of lease sales ever proposed.' It would expand opportunities in every coastal state. The move drew swift criticism from Democratic and some Republican lawmakers from many coastal states, including Florida Gov. Rick Scott."

Rott added that it is not known whether Zinke will exempt other states whose governors protested the drilling along their shores.

Among those governors were Republicans: Larry Hogan of Maryland, Henry McMaster of South Carolina and Charles Baker of Massachusetts.

"California is also 'unique' & our 'coasts are heavily reliant on tourism as an economic driver.' Our 'local and state voice' is firmly opposed to any and all offshore drilling. If that's your standard, we, too, should be removed from your list. Immediately."

"Make no mistake about it, Ryan Zinke's decision — if true — to remove Florida from the draft offshore drilling plan was a purely political move to aid the ambitions of Rick Scott. Had Zinke cared about the wishes of coastal communities or how drilling off their coasts will affect them, he would have proposed a plan that shrinks drilling even further, not proposed expanding operations to nearly every corner of our waters."