Accessibility links
After Florida Gets Offshore Drilling Exemption, Other States Ask For The Same : The Two-Way The Trump administration has proposed radically expanding offshore oil drilling, but Florida's waters are "off the table." Leaders in California, New York, South Carolina and elsewhere noticed. 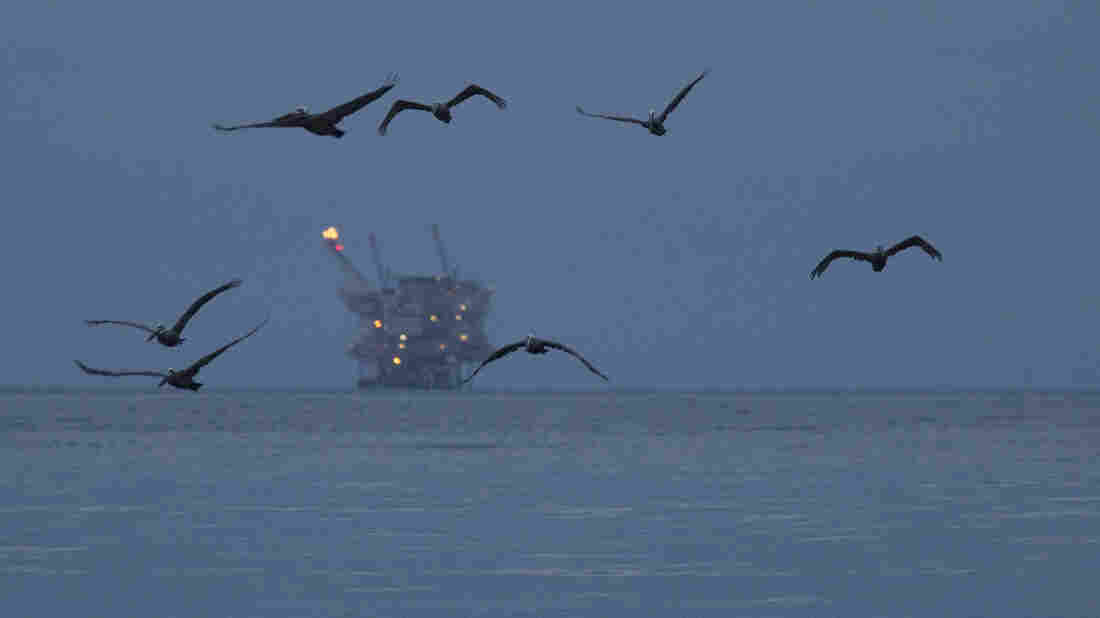 An oil platform sits in the distance at Refugio State Beach in California in 2015. Now that the Trump administration has announced plans to allow new oil and gas drilling leases in more federal waters, a number of states are petitioning to be exempt from the change. David McNew/Getty Images hide caption 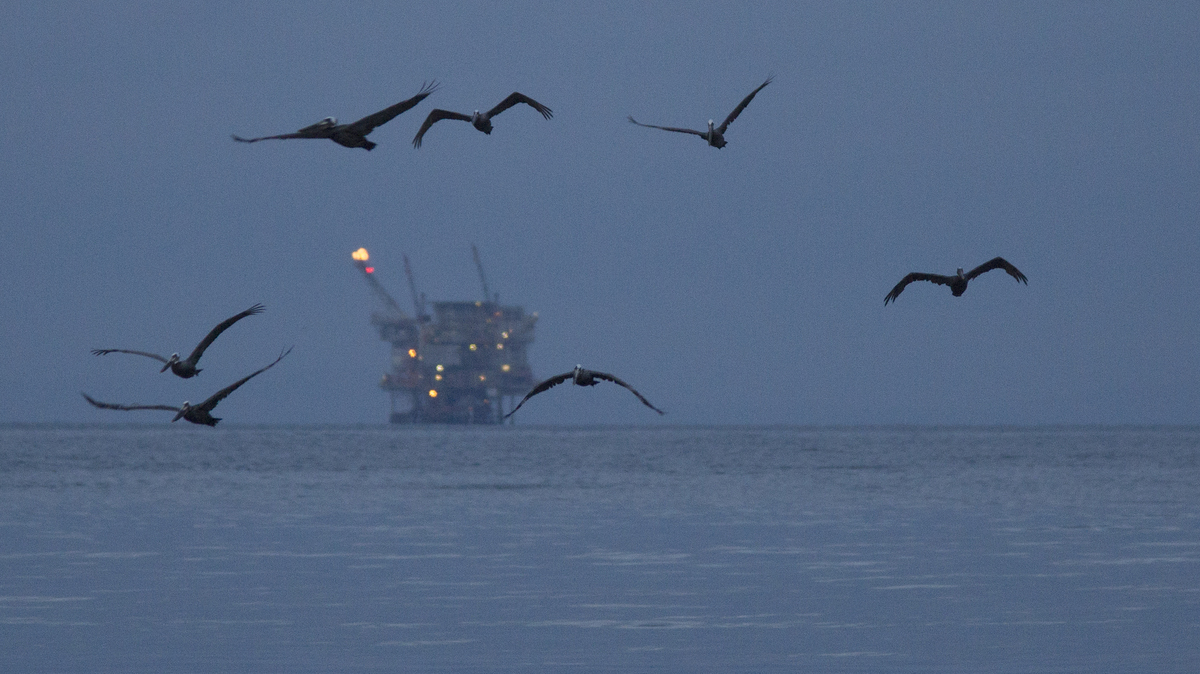 An oil platform sits in the distance at Refugio State Beach in California in 2015. Now that the Trump administration has announced plans to allow new oil and gas drilling leases in more federal waters, a number of states are petitioning to be exempt from the change.

After the Trump administration promised Florida that the state would be exempt from expanded offshore oil drilling, other coastal states had just one question: "What about us?"

From Oregon to South Carolina, governors and other leaders are publicly noting that Florida does not have a monopoly on picturesque coasts, tourist economies or local opposition to offshore drilling. But currently, it's the only state to have received a pledge from the administration that it won't be considered for new oil and gas platforms.

"New York doesn't want drilling off our coast either," tweeted New York Gov. Andrew Cuomo. "Where do we sign up for a waiver?"

After the news broke about Republican-governed Florida, Rep. Adam Schiff, D-Calif., asked whether there are different rules for blue states like California.

Dear Secretary Zinke, California like Florida, has hundreds of miles of beautiful coastline and a governor who wants to keep it that way. Or is that not enough for blue states? https://t.co/vQ5Qtl8Xik

Meanwhile, South Carolina Gov. Henry McMaster, a Republican, told reporters in South Carolina he plans to ask the Trump administration for an exemption, calling it "a matter of serious importance."

Last week, Interior Secretary Ryan Zinke announced the proposed plan to sell offshore drilling licenses in waters that were protected under the Obama administration. The proposal would take effect in 2019, as NPR's Merrit Kennedy reported:

"The plan would determine the size, timing and location of leasing activities and would replace President Barack Obama's 2017-2022 program. It includes all but one of 26 "planning areas" in federal waters off U.S. coastlines, making up about 90 percent of the outer continental shelf.

"That's in comparison with the 94 percent that is now off limits, according to the administration. ...

"The proposed change is welcomed by the oil and gas industry. In a statement, the National Ocean Industries Association praised Zinke 'for offering the broadest possible acreage for potential inclusion in our nation's next offshore leasing program.'

"Meanwhile, environmental organizations are alarmed and stress that it could place wildlife and coastal communities at risk of a spill."

But one week later came the carve-out for Florida. In a statement released Tuesday, Zinke praised Florida Gov. Rick Scott as "a straightforward leader that can be trusted," and made a pledge:

"President Trump has directed me to rebuild our offshore oil and gas program in a manner that supports our national energy policy and also takes into consideration the local and state voice. I support the governor's position that Florida is unique and its coasts are heavily reliant on tourism as an economic driver. As a result of discussion with Governor [Scott] and his leadership, I am removing Florida from consideration for any new oil and gas platforms."

As NPR's Richard Gonzales reported, "Zinke did not say whether he would meet with governors of other coastal states to hear their concerns or whether Interior officials had consulted with Scott before the announcement last week."

Seeking a similar exemption for California, the state's attorney general, Xavier Becerra, used some of Zinke's own words to tweet, "California is also 'unique' & our 'coasts are heavily reliant on tourism as an economic driver.' Our 'local and state voice' is firmly opposed to any and all offshore drilling."

.@SecretaryZinke: California is also "unique" & our "coasts are heavily reliant on tourism as an economic driver." Our “local and state voice” is firmly opposed to any and all offshore drilling.

If that's your standard, we, too, should be removed from your list. Immediately. https://t.co/T6W6JaPCPh

Becerra added, "we, too, should be removed from your list. Immediately."

California experienced one of the worst oil spills in U.S. history in 1969, from an offshore drilling site near Santa Barbara, as member station KPCC notes.

"No federal leases have been granted off the California coast since 1984," KPCC writes, and new state leases have been banned for decades. Drilling has continued on older, pre-existing leases.

On the West Coast, the governors of Oregon and Washington signaled that they'd like to be "off the table," too.

Virginia Sen. Tim Kaine says Virginia's governor and governor-elect have both asked for an exemption, unsuccessfully.

Meanwhile, as Governing notes, it's a little surprising that the Trump administration opted to make an exception for Florida — not just because of the backlash from other states but because of the potential profit in the eastern Gulf, right off Florida's coast.

"The eastern Gulf of Mexico was believed to be the most tempting new prospect for oil companies in the expansive Trump administration draft, because it is close to existing pipelines and processing facilities — not to mention the refineries in Texas and Louisiana. ... And the same geological trends that have yielded major oil discoveries in other parts of the Gulf could be replicated in its easternmost reaches."

You can read more about the federal policy on offshore drilling in Merrit's story from last week.