Accessibility links
Elderly Christmas Cannabis Couple Arrested Again, Facing New Drug Charges : The Two-Way In December, the couple reportedly told police in Nebraska they intended to give the pot as gifts. On Tuesday, they were pulled over not far away on suspicion of possessing $18,000 in drug money. 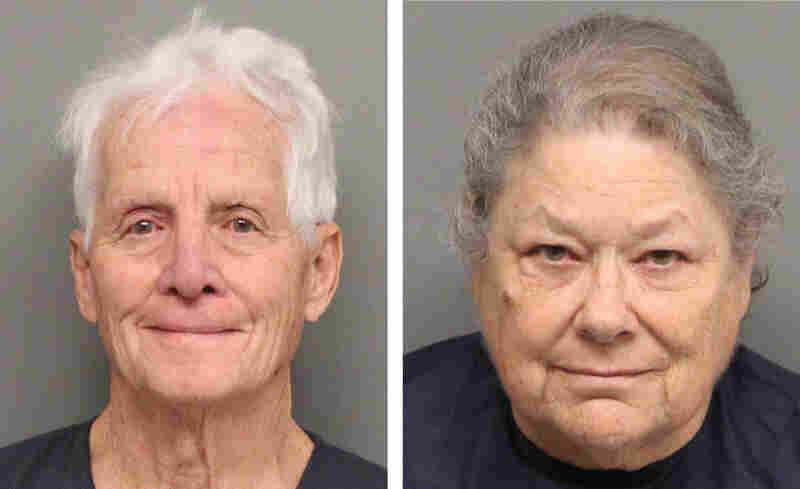 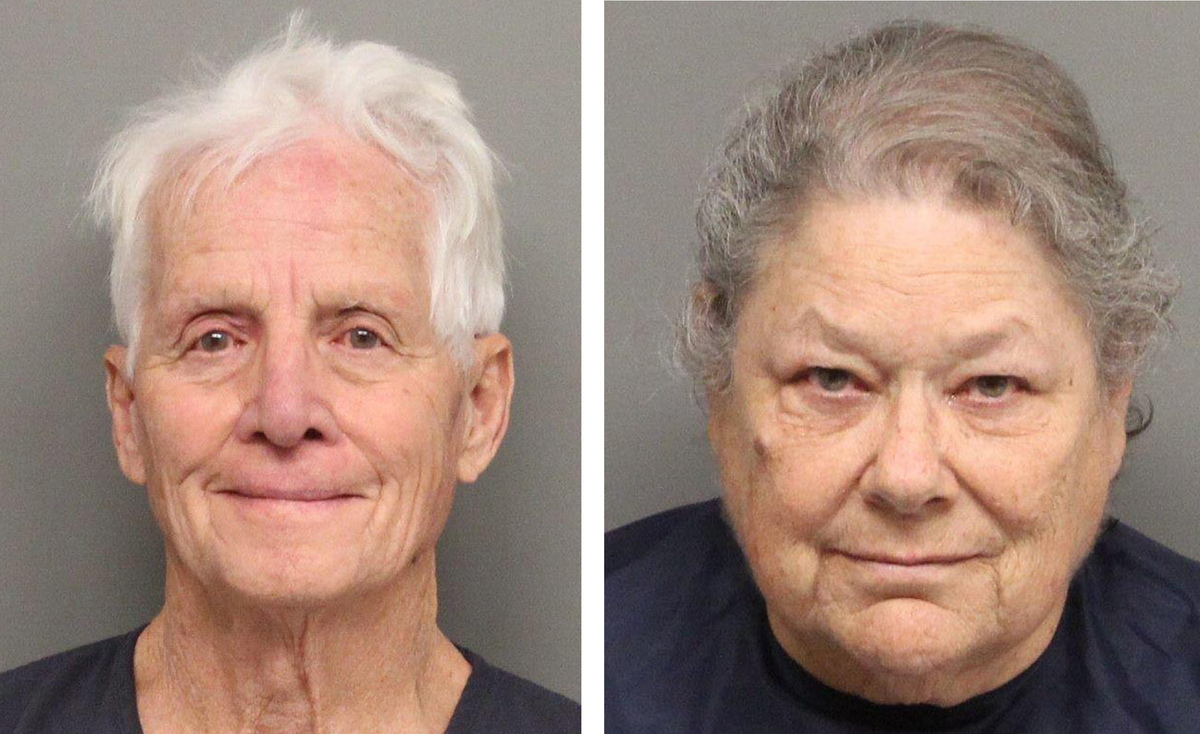 Patrick and Barbara Jiron were arrested in Nebraska last month while carrying 60 pounds of marijuana and again Tuesday on suspicion of transporting drug money.

An elderly California couple arrested in Nebraska before Christmas with 60 pounds of marijuana they reportedly told police was slated for holiday gifts are facing fresh charges after being arrested again Tuesday not far away, this time outside Lincoln, on suspicion of carrying drug money.

Patrick Jiron, 80, and his wife, Barbara, 70, of Clearlake Oaks, Calif., appeared at Lancaster County Court on Wednesday for a hearing on charges of possessing $18,000 in drug money, reports The Lincoln Journal Star. They were freed from jail on $2,500 bond a day earlier.

An attorney for Patrick Jiron told the newspaper he did not yet know how the couple would plead and he was looking closely at the case to make sure police did not execute an illegal search.

On Tuesday morning the Jirons were passengers in a vehicle stopped for tailgating on Interstate 80 outside Lincoln, reports the Journal Star, citing the incident report.

The sheriff's deputy wrote that an unspecified "reasonable, articulable suspicion was obtained that criminal activity was afoot."

A drug-sniffing dog then led police to the trunk, where they found most of the money in a duffel bag along with traces of marijuana, according to the sheriff's office.

On Dec. 19, 2017, the Jirons were stopped in nearby York County with some $300,000 worth of marijuana. They reportedly told police they were on their way to Vermont with the goal of distributing the drugs as Christmas gifts and they didn't know it was illegal to transport marijuana through the state.

The latest arrest could cast some doubt on the Christmas story.

"But now here we are, just weeks after we found them with all that high grade marijuana they said they planned to take to Vermont for Christmas gifts," Lt. Paul Vrbka with the York County Sheriff's Department told The York News-Times. "And not too far from here, from what we've been told."

Stemming from the December incident, as NPR's Laurel Wamsley reported, the Jirons are facing "felony charges of possession of marijuana with the intent to deliver and no drug tax stamp. (Nebraska law requires marijuana dealers to purchase a drug tax stamp from its Department of Revenue as evidence that the state's drug tax has been paid.)"

The Jirons are due to appear in York County Court next week to face those charges, according to the Journal Star.

The couple have a family connection in Vermont law enforcement, according to the Associated Press; their son, Justin Jiron, is a Chittenden County criminal prosecutor. The wire service reports, "State's Attorney Sarah George has said Justin Jiron is not connected to his parents' alleged crime other than by relation."