Accessibility links
Authorities Identify 17 Killed In Mudslides, Ages 3 To 89 Years : The Two-Way The next of kin have been contacted and the names of the dead have been released, but workers continue digging through debris in search of missing people in Santa Barbara, Calif. 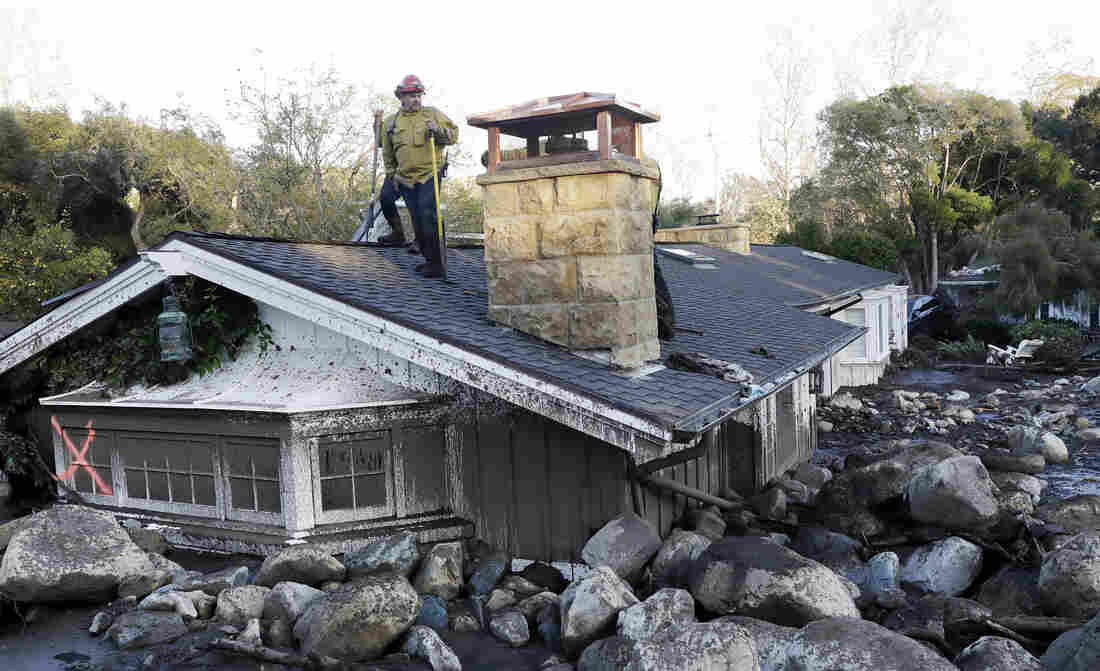 A firefighter stands on the roof of a house submerged in mud and rocks Wednesday in Montecito, Calif. Marcio Jose Sanchez/AP hide caption 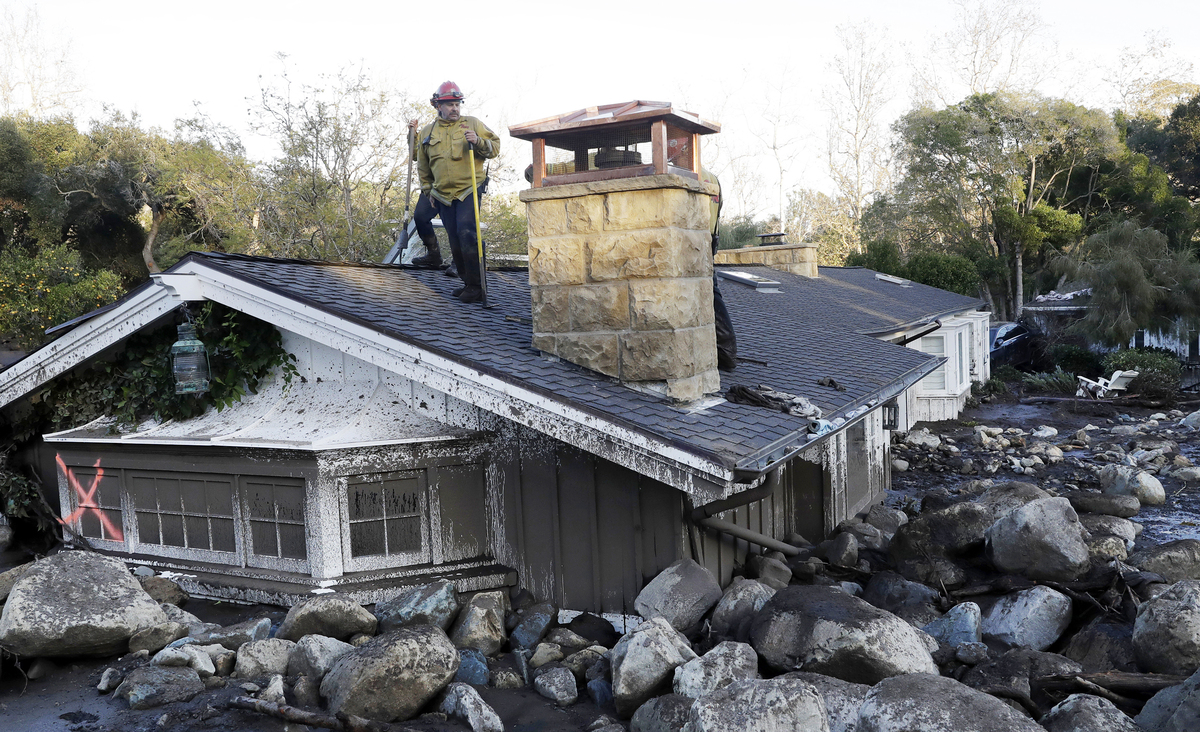 A firefighter stands on the roof of a house submerged in mud and rocks Wednesday in Montecito, Calif.

Officials have released the identities of 17 people killed in Tuesday's Santa Barbara, Calif., mudslides, as workers continue search and rescue efforts for victims caught in the deluge that swamped houses, crumpled cars and sent boulders careening through streets.

The Santa Barbara coroner's office said the victims' ages ranged from 3 to 89 and the cause of death for all was "multiple traumatic injuries due to flash flood with mudslides due to recent wildfire."

The number of missing has fluctuated throughout the day. The Santa Barbara County sheriff now says 43 people are still unaccounted for.

"We still need to find out if there's any remains or any life potential that's left in there," said Los Angeles County Fire Battalion Chief Anthony Buzzerio, who is working on a plan to find and preserve human remains.

"A crew of 700 were on scene early Thursday helping with search, rescue and cleanup, hailing from a wide range of law enforcement, military and local organizations, including urban search and rescue, swift water rescue, sheriff and police personnel, U.S. Navy and Coast Guard and utility company representatives, according to Amber Anderson with the Santa Barbara Fire Department.

"Crews have worked day and night facing difficult conditions, digging through a thick sludge 15 feet deep or more, as well as downed trees, boulders, loose ground and even buried swimming pools, which can pose a threat to rescuers who can't see what's under their feet."

KCLU's Lance Orozco reports, "Search and rescue efforts on Wednesday led to the rescue of three additional people, as well as the recovery of two bodies. As of Wednesday night, officials say the nearly 500 people involved in search efforts had gone through about 75 percent of the 50-plus homes destroyed, and nearly 450 damaged in their hunt for more survivors."

The intensity of the devastation and the difficulty of traversing rivers of mud and debris have made it a challenge for local officials to get an accurate tally of the damage.

While people remain unaccounted for, the death toll is expected to climb, Danielle Karson reports for NPR.