Accessibility links
Trump Says He's Canceling U.K. Visit, Citing 'Bad Deal' On New London Embassy : The Two-Way The president says his decision is because the old embassy was sold for "peanuts." Meanwhile, British media speculate that Trump is concerned about a likely negative reception in the U.K. 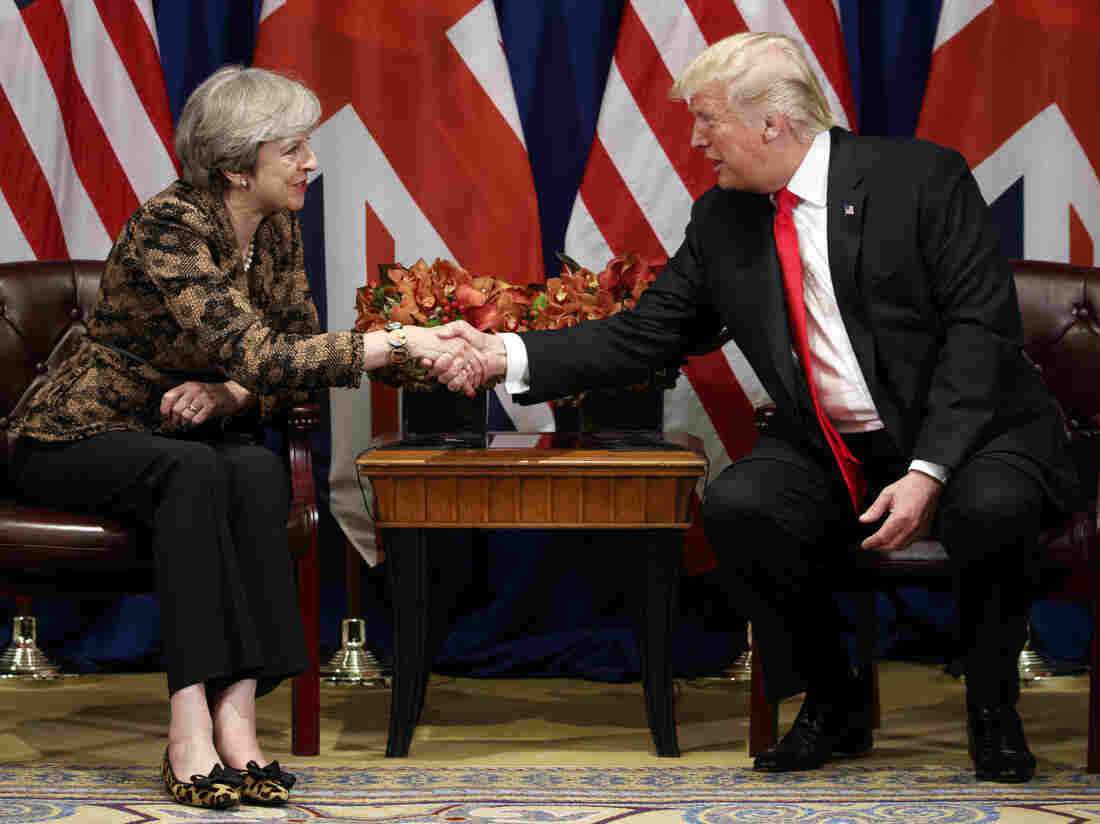 President Trump shakes hands with British Prime Minister Theresa May during their meeting at the Palace Hotel during the United Nations General Assembly in September. Evan Vucci/AP hide caption 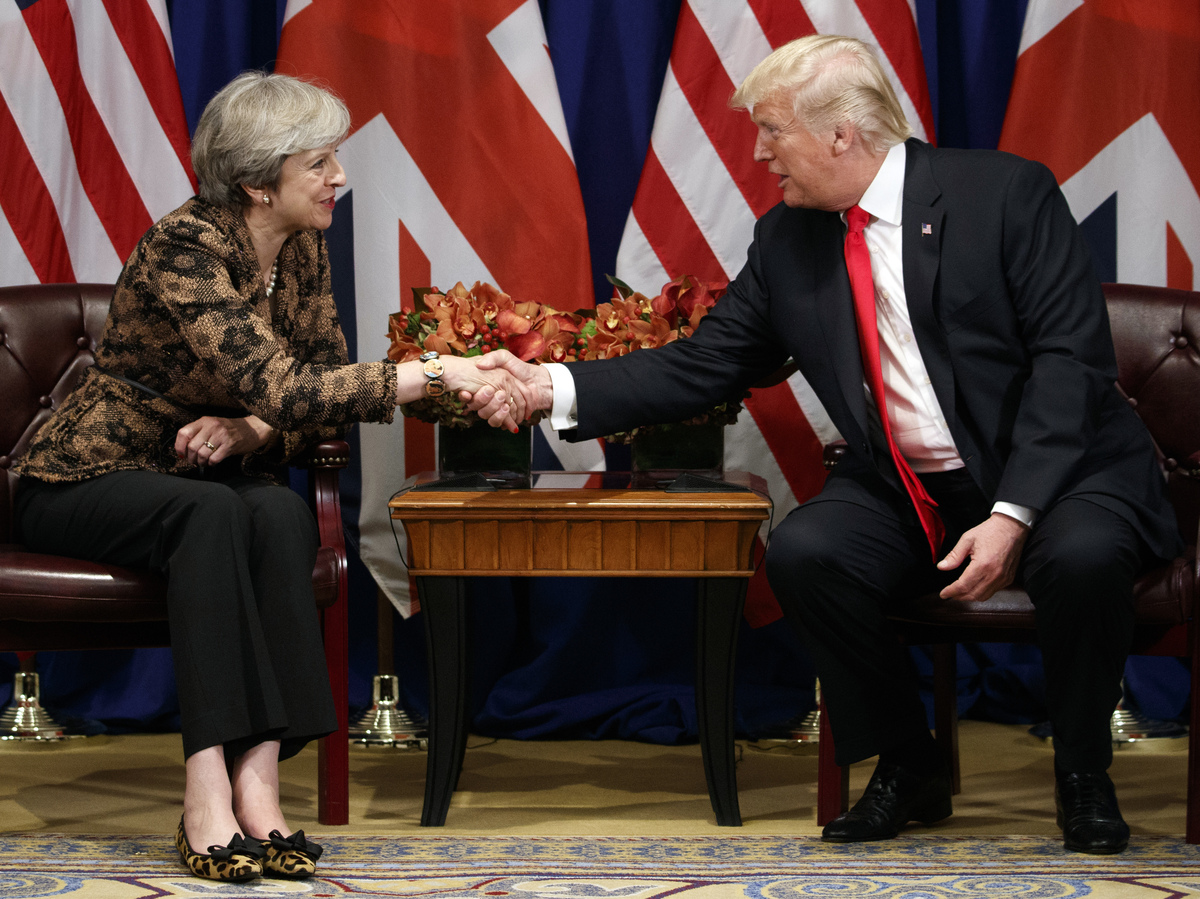 President Trump shakes hands with British Prime Minister Theresa May during their meeting at the Palace Hotel during the United Nations General Assembly in September.

President Trump announced early Friday that he has canceled a trip to the U.K. next month, citing a "bad deal" the Obama administration made for a new U.S. Embassy in London.

The president accepted the queen's invitation for a state visit when he met with Prime Minister Theresa May in July at the G20 summit in Hamburg, Germany. The trip had tentatively been planned to begin around the end of February.

In a tweet posted just before 1 a.m. on Friday, the president said he had decided against the trip because "I am not a big fan of the Obama Administration having sold perhaps the best located and finest embassy in London for 'peanuts,' only to build a new one in an off location for 1.2 billion dollars. Bad deal. Wanted me to cut ribbon-NO!"

Reason I canceled my trip to London is that I am not a big fan of the Obama Administration having sold perhaps the best located and finest embassy in London for “peanuts,” only to build a new one in an off location for 1.2 billion dollars. Bad deal. Wanted me to cut ribbon-NO!

The move comes weeks after Trump sparked anger in Britain for retweeting incendiary anti-Muslim videos from a far-right U.K. politician.

The prime minister said it was "wrong" for the president to have shared the videos first posted by the far-right Britain First Party. London Mayor Sadiq Khan also called out Trump for promoting the "vile, extremist" Britain First, which "exists solely to sow divisions and hatred in our country."

(Since then, May called the U.S. recognition of Jerusalem as Israel's capital "unhelpful," a move that reportedly angered Trump.)

Last February, the British Parliament took the highly unusual step of debating a nonbinding resolution to rescind an invitation of a state visit to the president after more than 1.8 million U.K. citizens signed a petition to that effect.

Only a month ago, the U.S. ambassador to Britain, Woody Johnson, told the BBC, that he "absolutely" expected the president to visit.

However, following Trump's latest tweet, the British newspaper The Independent speculated that the president was "[concerned] about the welcome he would receive in the UK," and that he was "understood to be sending US Secretary of State Rex Tillerson instead."

The newspaper said the prime minister's office was aware that the visit had been postponed. The Independent added that Trump "is said to be unhappy about the lack of 'bells and whistles' surrounding the event and the fact he would not be able to meet the Queen."

But later on Friday, a spokesman for May said that Trump is welcome despite the cancellation for February. "The invitation has been extended and accepted," the spokesman said, according to Reuters, adding that no date had been confirmed for the visit. "The U.S. is one of our oldest and most valued allies and our strong and deep partnership will endure."

NPR's Frank Langfitt, reporting from London, says Trump is still expected to visit in the fall, when he is to meet the queen.

As for the president's tweet condemning the Obama administration for a "bad" deal on the new U.S. diplomatic compound in London, the U.S. Embassy's own website indicates that the announcement of the move was made in the final weeks of President George W. Bush's administration.