Accessibility links
German Leaders Emerge From Marathon Talks With Blueprint For New Coalition : The Two-Way After days of negotiations, which ended with a 24-hour session, Chancellor Angela Merkel and her center-left counterparts said Friday they had reached a deal. Still, they have a lot more work to do. 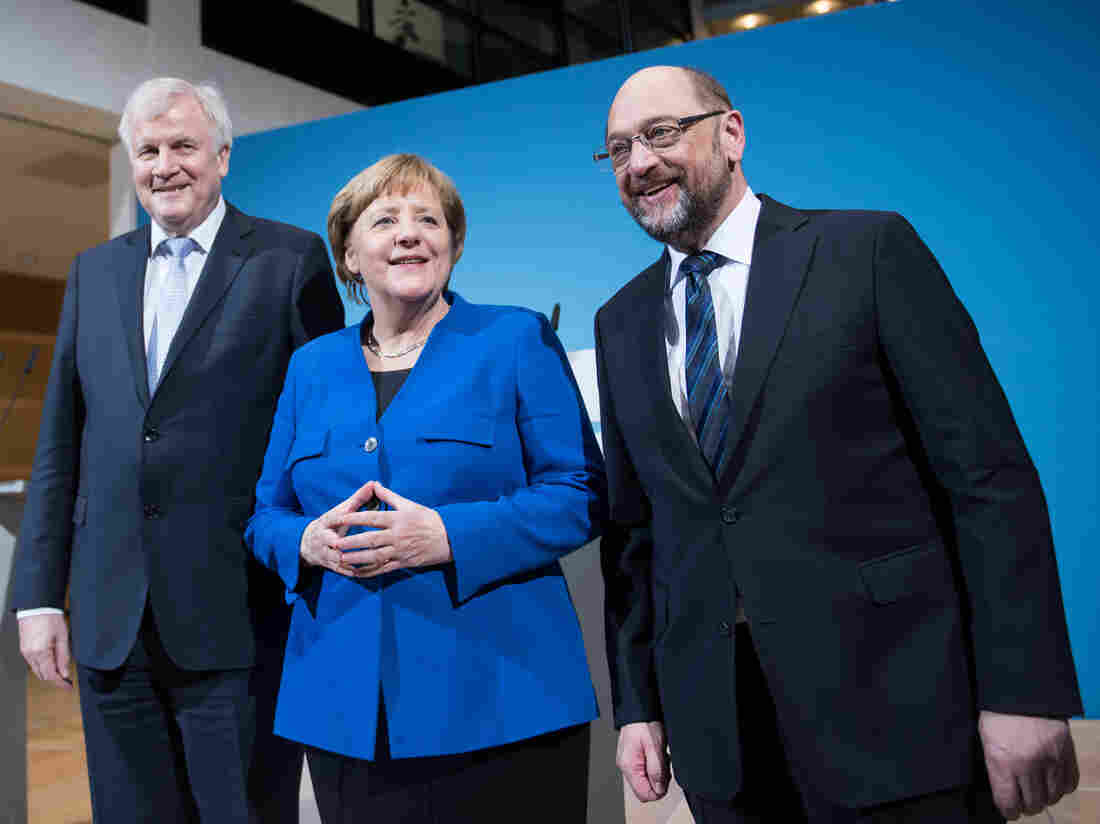 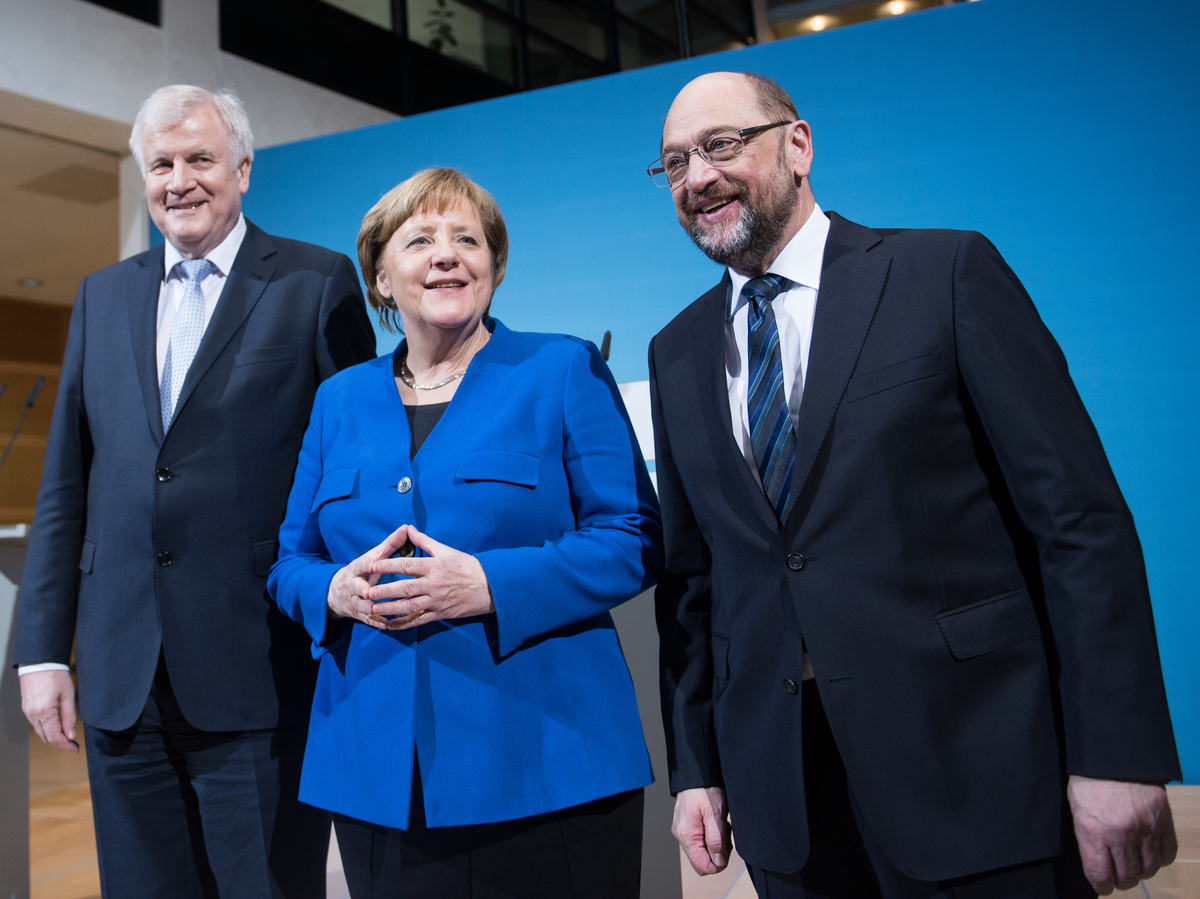 It may have taken a marathon — but the party leaders who walked into a negotiating room in Berlin roughly 24 hours earlier emerged Friday morning with smiles on their faces and a preliminary deal in hand.

Before a cluster of media in Berlin, German Chancellor Angela Merkel and her center-left counterparts announced they have agreed to a draft deal for a coalition government. The 28-page blueprint lays out a proposed compromise between Merkel's conservative bloc and the Social Democrats, who have governed Germany together for years but lately have shown signs of significant friction.

Now, the leaders must take the deal back to lawmakers in their own parties, who will determine whether to confirm, change or reject Friday's agreement.

That confirmation is by no means guaranteed. Despite the long relationship between Germany's centrist factions, diverging policy goals and poor showings in September's elections have led lawmakers on all sides to re-evaluate the benefits of continuing their partnership.

Indeed, shortly after that election, Social Democrat leader Martin Schulz vowed not to renew their "grand coalition" and instead go into opposition. And, for her part, Merkel made clear the Social Democrats were not her first pick for a coalition partner — but after talks with other party leaders collapsed in November, she had few other choices if she wished to end the stalemate that has left Germany without a new formal government for nearly four months.

Merkel, Schulz and several dozen other negotiators renewed coalition talks on Sunday. Since then, the fate of a possible deal remained very much in doubt, with the principal points of contention centering on immigration policy, climate regulations and the tax code.

Reuters — which reports having seen a draft of the agreement — describes a blueprint that pledges close cooperation with France and the gradual abolition of a tax implemented to support the former East Germany. They also agreed to limit arrivals from asylum-seeking migrants to roughly 200,000, as well as a monthly cap on "the number of migrants who will be allowed to join their family living in Germany," according to the BBC.

The leaders also reportedly agreed to abandon the country's stated aim of reducing carbon emissions by 40 percent by 2020 — though Reuters reports the blueprint "foresaw Germany generating 65 percent of its energy from renewables by 2030."

Still, as NPR's Soraya Sarhaddi Nelson reported, "no one — not even the negotiators — is thrilled about having the same governing coalition that ended up costing its members the worst election showing in history last fall."

Merkel acknowledged there are no guarantees this proposed deal will ultimately be adopted.

"There will be difficult tasks to come," Merkel told the media, according to Reuters. "The coalition negotiations probably won't be easier than the exploratory talks."

The Social Democrats plan to meet Jan. 21 for a party conference in Bonn to discuss next steps. Even if coalition negotiations prove fruitful, it remains unlikely the new government would take office before April.