Accessibility links
'This Is Not A Drill': A False Ballistic Missile Alert Shakes Hawaii : The Two-Way An "inadvertent" text notification, caused by "human error," falsely alerted residents to "seek immediate shelter." Nearly 40 minutes passed before the message was corrected in another notification. 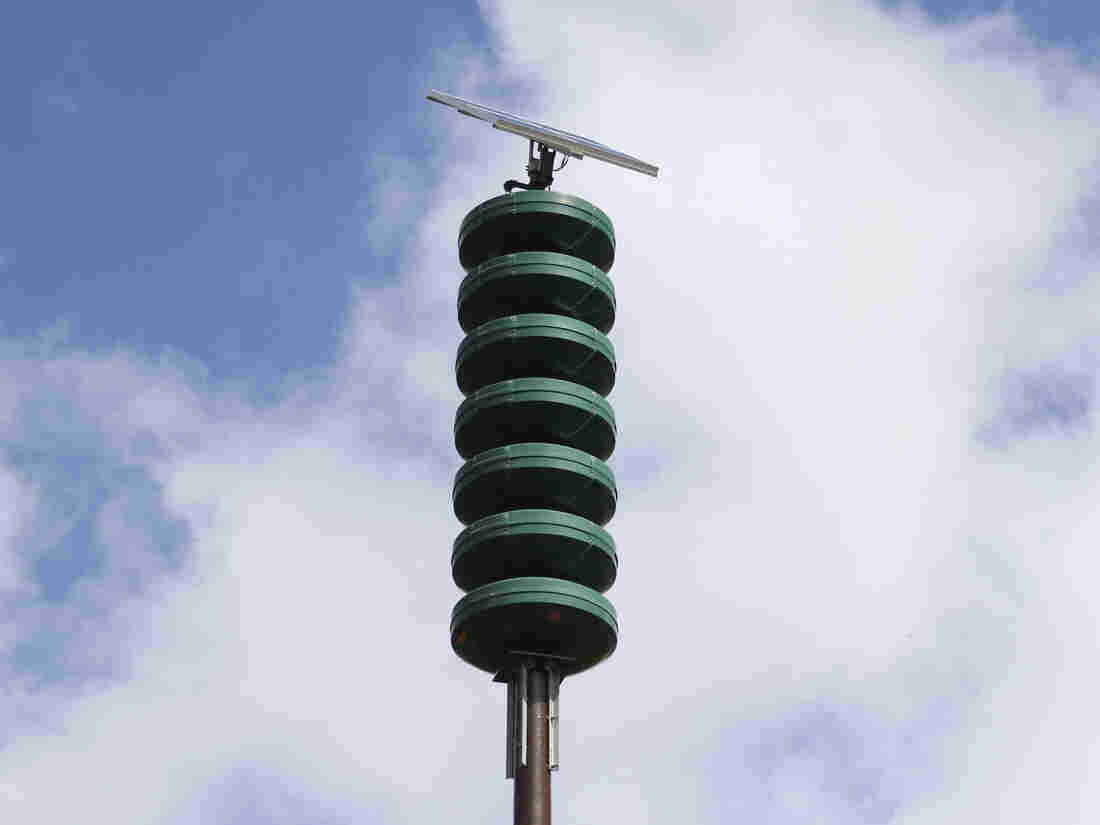 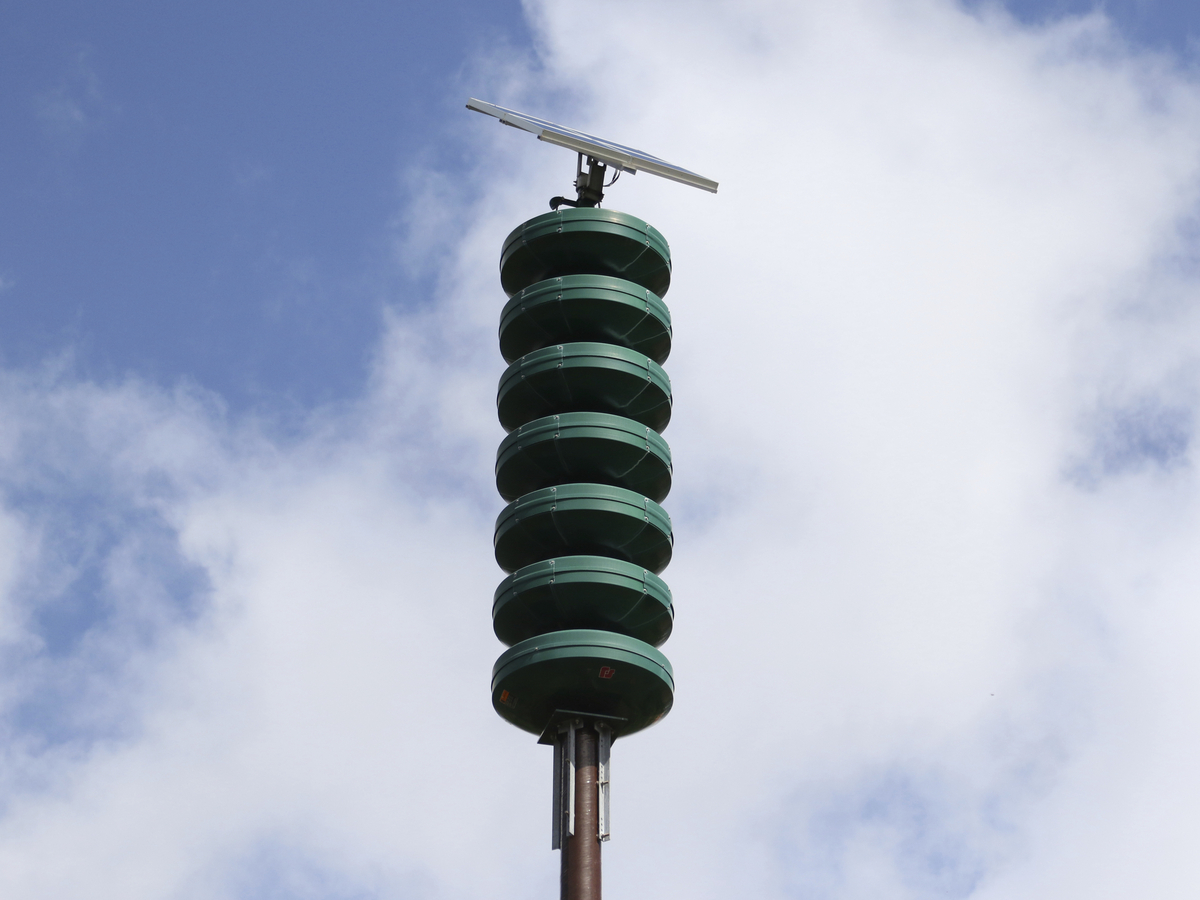 Hawaii residents and tourists alike were shaken shortly after 8 a.m. local time Saturday when a push notification alerted those in the state to a missile threat, causing an immediate panic until officials confirmed it was a false alarm.

"BALLISTIC MISSILE THREAT INBOUND TO HAWAII. SEEK IMMEDIATE SHELTER. THIS IS NOT A DRILL," read the message, which also blared across Hawaiian televisions stations.

Rep. Tulsi Gabbard, D-Hawaii, confirmed the false alarm on Twitter 12 minutes after the errant message was sent. But it took about 38 minutes for another push notification to arrive on phones declaring there was no real danger.

Gabbard told CNN that the alert was "inadvertent," according to a tweet by Jake Tapper.

"We're in a process of sending another message to cancel the initial message. It was part of a drill that was going on," an agency spokesperson told BuzzFeed News.

At 8:20 a.m., Hawaii Emergency Management Agency tweeted that the alert was a false alarm. "NO missile threat to Hawaii," the agency said in a tweet that was retweeted by the governor, David Ige four minutes later.

In a televised press conference, Vern Miyagi, the agency's administrator, apologized and said the false alarm was caused by a "human error," when the wrong button was pushed during a shift-change drill.

"It was a procedure that occurs at the change of shift where they go through to make sure that the system, that it's working," Gov. David Ige told reporters. "And an employee pushed the wrong button." These shift changes happen three times a day, every day of the year, he added.

"It was unfortunate and regrettable," the Democratic governor said. "We will be looking at how we can improve the procedures so it doesn't happen again."

Hugh Rowden, from Decatur, Ill., was in the Waikiki neighborhood of Honolulu when he got the alarm. "We've been so safe for so long," he said. "This was a different sensation, that's for sure."

Minnesota Public Radio's Brian Bakst was on Maui with his family when they got the alert on their phones and smartwatches.

"You might imagine, this startles you first thing in the morning," he said. "Especially in a place you don't know." He and his family took shelter in a shower as their TV blared the alert over a local college basketball game.

TV with the alert pic.twitter.com/VCZAtvyuzQ

As he and his wife discussed their options, he got another smartphone alert reading, "There is no missile threat or danger to the State of Hawaii. Repeat. False Alarm."

"What the people of Hawaii went through ... is a true realization that they've got 15 minutes to get to shelter or they're going to be dead," Gabbard told MSNBC.

"What happened today is totally inexcusable," tweeted Schatz. "The whole state was terrified. There needs to be tough and quick accountability and a fixed process."

As of Saturday evening, President Trump had yet to mention the event, but railed against "Fake News" in a tweet sent a few hours after the false alarm. According to Palm Beach Post reporter George Bennett, Trump spent the morning golfing at the Trump International Golf Club, in West Palm Beach, Fla.

Bennett quoted White House Deputy Press Secretary Lindsay Walters as saying that Trump "has been briefed on the state of Hawaii's emergency management exercise. This was purely a state exercise." NPR has not confirmed when or if Trump had been briefed on the Hawaii scare.

To prevent future errors, the Hawaii Emergency Management Agency said in a press release it would halt all future drills until the agency "has completed a full analysis of the event."

Since the false alarm this morning, the agency has introduced two new safeguards: a two-person activation rule for both tests and missile launch notifications, in addition to an automatic cancellation command that can recall an error within seconds.

The Federal Communications Commission is launching a full investigation into the alert, according to Chief of Staff Matthew Berry.